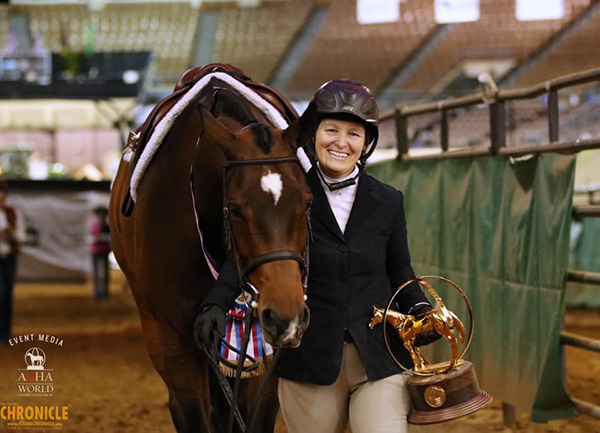 With numerous disciplines underway here at the AQHA World Show, there are quite a few winners to congratulate. The morning started off with Over Fences classes with Chuck Briggs piloting Strutin To The Blues to a win in Progressive Working Hunter for Rodger Call. Reserve was Lainie DeBoer with Huntin For A Star. Third was Chuck Briggs with Hes My Kinda Money. 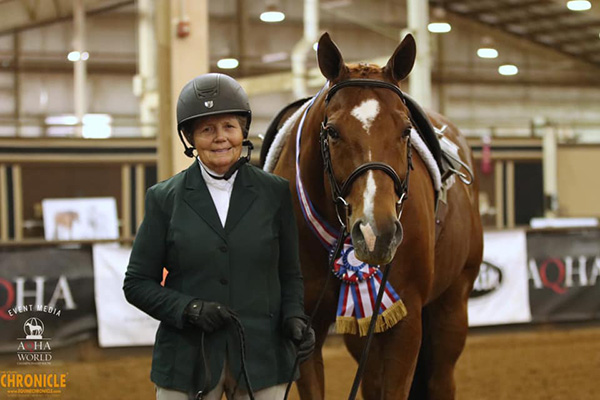 We had the opportunity to chat with the owner of DGS Don’t Tell Tales, Pam Stubbs, just a few days ago when she rode the horse to several wins in the amateur division. Click here to watch her video interview. Pam Stubbs and her other horse, A Classic Iron, were the winners of Senior Hunter Hack L2. 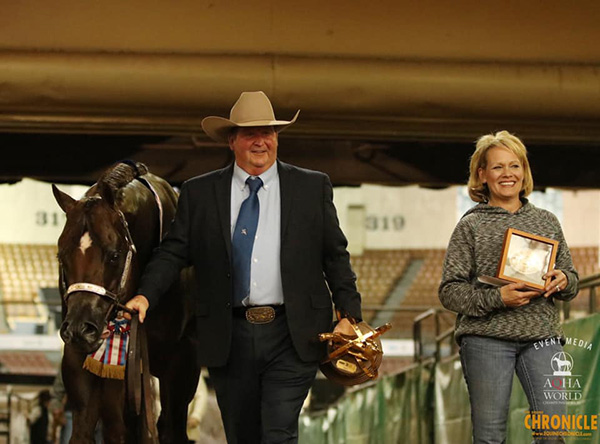 3-Year-Old Geldings was won by Ross Roark with Tattle Tailz for Josh and Kaleena Weakly. Reserve was HR Ante Up and Tim Finkenbinder. Third was He Is The Exception and Tom Robertson.

Josh purchased this gelding a few years back, as a yearling colt, right before the Iowa Breeders Futurity. He has won in the amateur division every year at the AQHA World Show since, as a yearling, two-year-old, and now three-year-old with a win in the amateur division last week. Ross Roark was at the lead for today’s win in the open division. “He’s been good to us. That’s for sure,” Josh says. 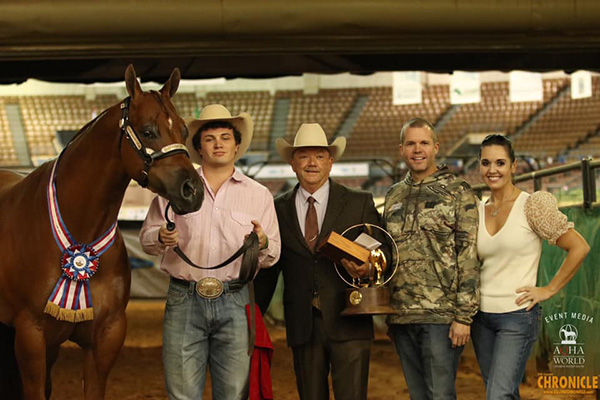 Anna Horn led GLS Uptown Secret to win 3-Year-Old Geldings L2. This was the first time for Anna to show “Geno,” and it was a great experience.

“Jason does his homework, and that horse was definitely prepared. I know that horse also spends a lot of time with Chris Riedle and is owned by Janelle Trammell. He’s a fantastic, easy horse to show. We got along great in the pen, and that’s what makes a great show horse.” 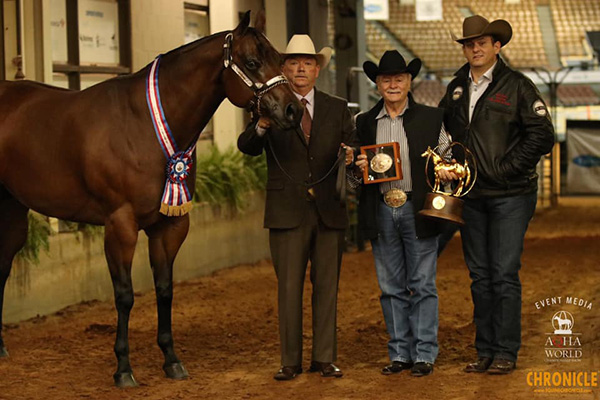 KR Xfiniti is coming off an exceptional year with wins in practically every division at major AQHA events. First, she won with Georgia Cook at the Youth World Show. Then, Ross Roark led the mare to win at the Congress and be named the Grand Champion Mare. Also, Bob Cassata won the select division here at the show, and JR Cook won the amateur division at the show. 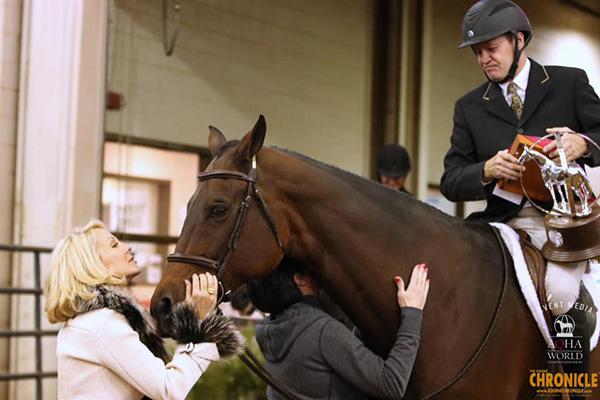