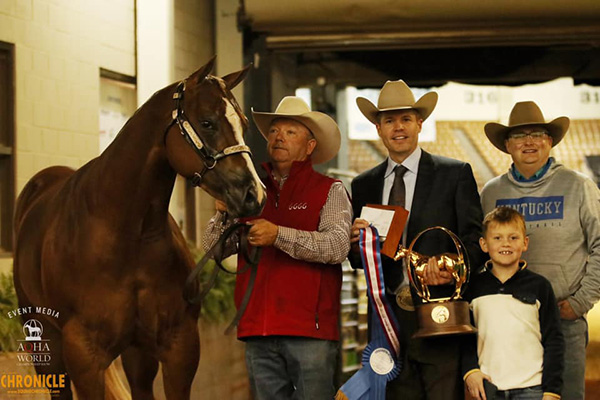 Weakly was at the lead of a Rumerz- bred sorrel mare that he has owned since she was a young prospect. “We bought her as a baby,” he says. “She did well as a baby, in Iowa, but we didn’t show her last year, because she needed to grow up a bit. We thought she would be a nice mare that we needed to wait on.”

“She’s very balanced, pretty in the head and shoulder, and she matches very well and is pretty hocked. She’s just what a Quarter Horse mare should look like. She stood up and showed well today.”

Earlier in the show, Josh also won Amateur Weanling Colts with Hippiesandkowboys and Amateur 3-Year-Old Geldings with Tattle Tailz. He’s proud to say that his wife, Kaleena, was Reserve in Amateur Yearling Fillies and Amateur Showmanship, so the whole family will be leaving the show with a full trophy collection. 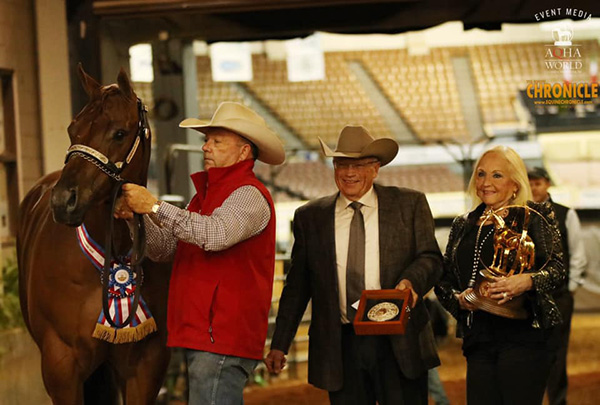 Richard Donnelly was at the lead of his homebred Jack E Boy to win Amateur 2-Year-Old Geldings.

Richard says his favorite thing about Jack E Boy is his gentle disposition. “He’s just like his daddy. He’s continued to mature, and we’ve been very fortunate that he’s been in the right hands and we’ve been able to develop him like he’s supposed to. Ross Roark has done a great job, and it’s been a great journey so far that will only continue to get better.”

“When he was two days old and started to fill out a bit, we could see all the pieces that were there. Several great horsemen came by our place when he was 30 days old and they all concurred. We were extremely fortunate. His mother, Lil Surfer Girl, is a 5-time World Champion, who has some great traits as well.” 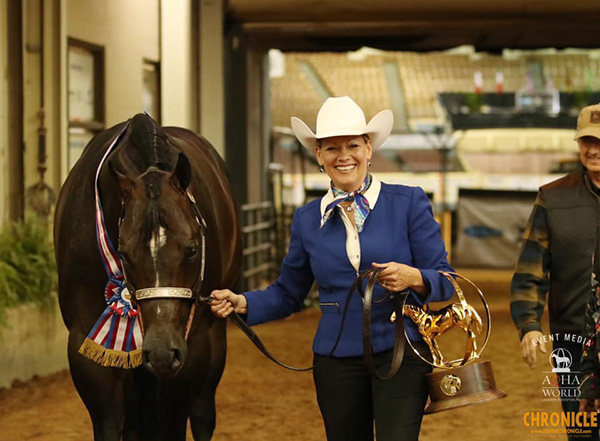 The winner of Amateur 2-Year-Old Stallions was GetOverThisKid, led by Kim Anding. Reserve was TB Only The Lonely and Kate Jackson. Third was Heartthrobz and Matthew Nash. 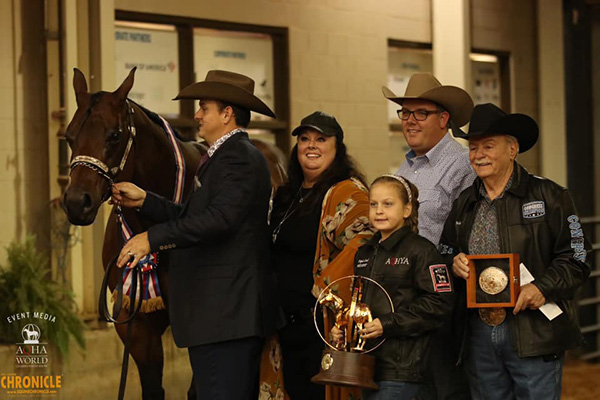 Stay tuned to www.EquineChronicle.com for more coming from the AQHA World Show. 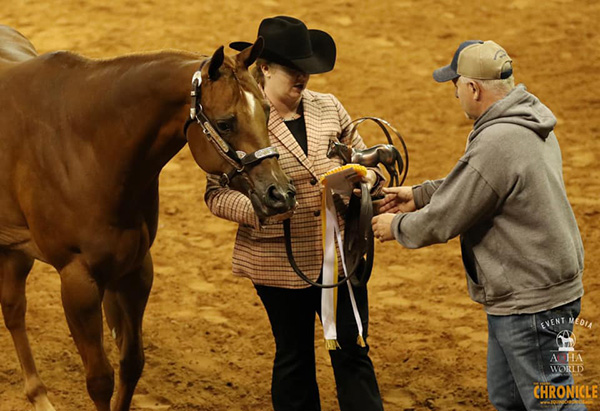 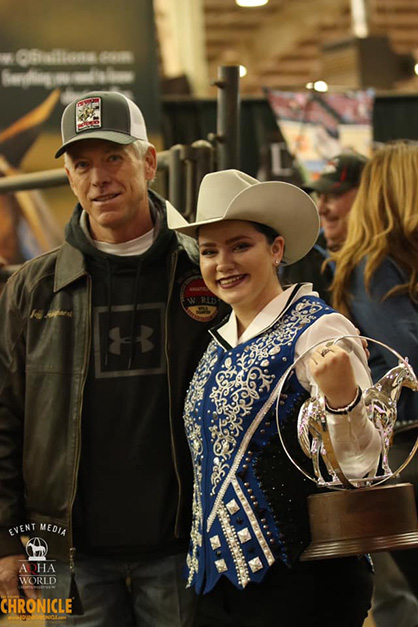 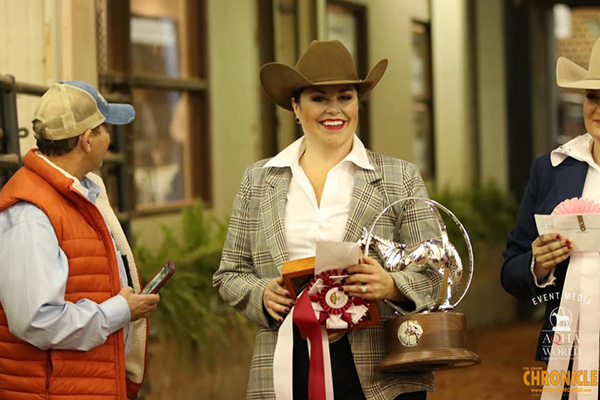 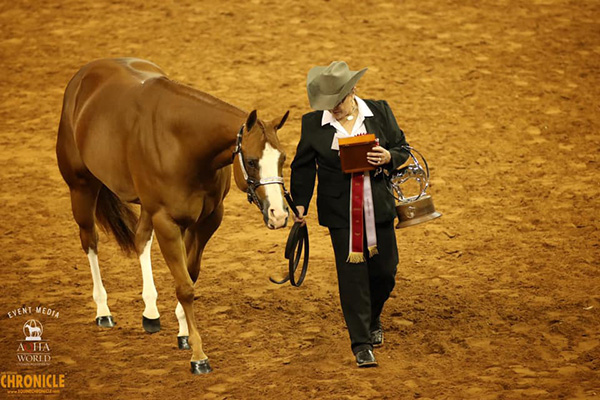 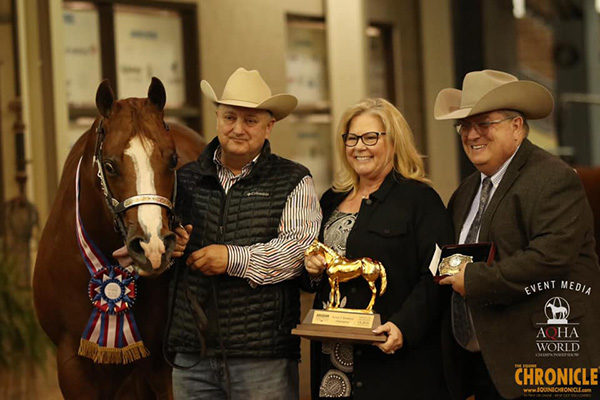 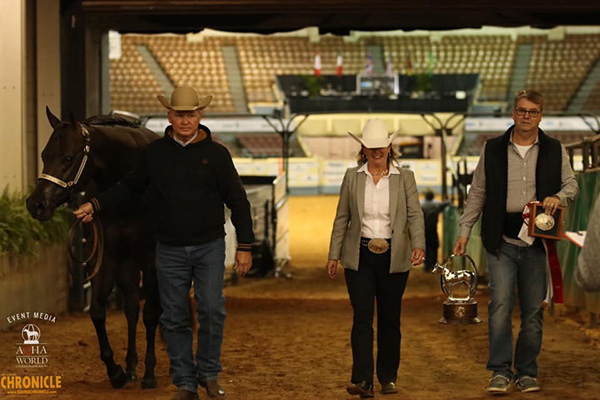 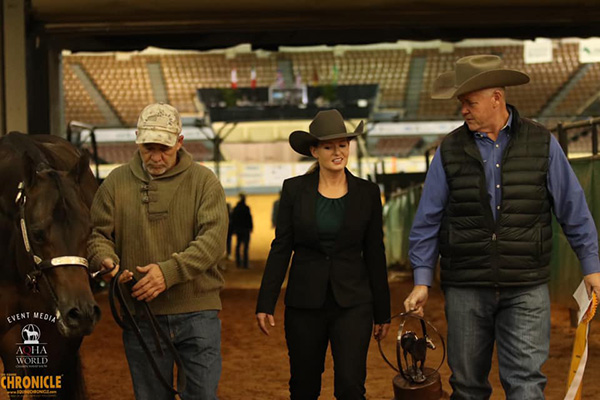