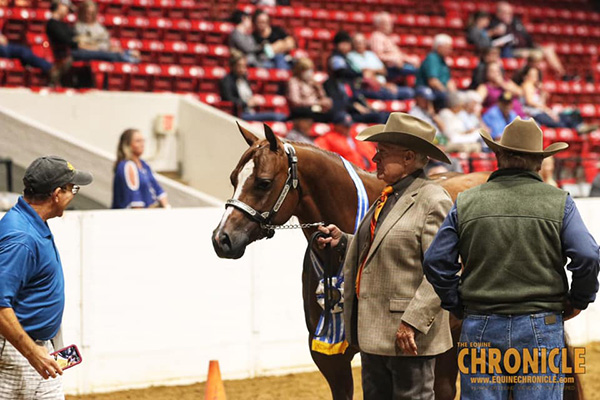 All the way from The Championship Show at the World Equestrian Center in Ocala, FL., we’re now here at the All American Quarter Horse Congress in Columbus, Ohio. Classes kicked off this morning with Halter in the Coliseum, and the first winner of the day was Bob Johnson with Exquisite Rumerz in Performance Halter Mares.

The 4-year-old mare he calls “Bonnie” is owned by the Headley family and is by their stallion, Rumerz. “I saw her as a baby. She’s four now,” Johnson says. “She’s a double-bred Top Secret by Rumerz. I picked her out, because I liked her profile. She’s a pretty-necked mare with a lot of hip.”

“She’s a rib shorter than a lot of Halter horses. A lot of times, these Halter horses get too long. She has a pretty hip and good hock, to the point that this mare will ride, which is important to me. She will change leads and turn around. She goes in Ranch Riding and is pretty good at it.”

This was Bonnie’s first time competing at the Congress, and she came away with a big win in a class of 17 horses. Next up she will compete in the amateur division with Sarah Headley, and then it’s on to the AQHA World Show. 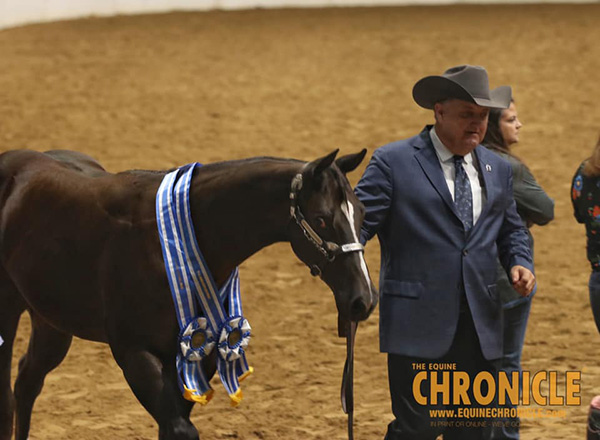 Ronald Stratton led She’s Packing to win Weanling Mares. Tom Robertson and Baewatch were the winners of Yearling Mares. Jeffrey Pait led She Wears It Well to win 2-Year-Old Mares. We chatted with the granddaughter of this mare’s owner, Carissa Holliday, who told us a bit about “Vera.”

“She won at the World Show as a weanling, and we actually just got her at the beginning of this year,” Holliday says. “My grandpa, Gus, will show her later in the amateur division.”

Although the Holliday family hasn’t owned Vera long, Carissa says they’re already taken with her sweet disposition. “She has a really good personality. She’s very sweet, and she’s so cute too.”

Coming up at the AQHA World Show, the Rumerz-bred mare will compete in all three divisions- Amateur, Select, and Open. Reserve in the class was Ross Roark with Rumerz Voodoo. Third was Tom Robertson with Livin On Sunshine. 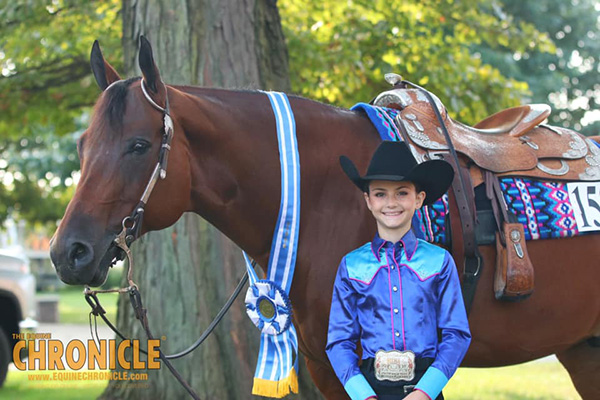 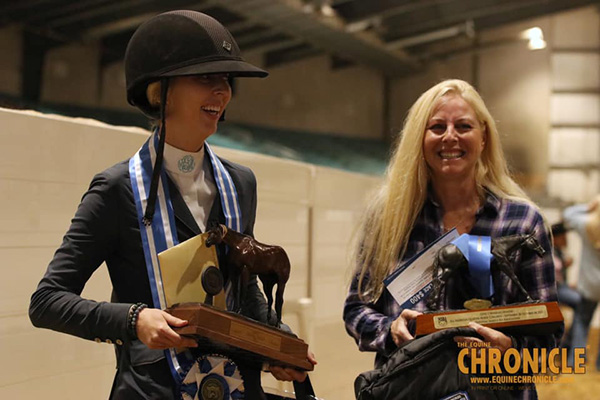 Abbie Gibson and JS Billie were the Congress Champions in L1 Working Hunter. 27-year-old Abbie and her 7-year-old mare “Billie” are newcomers to the AQHA circuit as they typically stick to USEF competition.

“I knew I had a really good round, but I didn’t get to watch any of the other riders go,” Gibson says. “I knew my horse jumped good, but I didn’t know how the judges would score the class.”

“This is actually my first Quarter Horse show. I usually compete in USEF. It’s crazy. I love it and I love the people. I grew up showing Quarter Horses.”

Gibson’s plan of attack for today’s class was using consistent preparation and a calming approach. “I rode her yesterday, and she was a little looky in this ring, because it’s a little spooky. My plan of attack was to get her out in the morning and ride her early in the ring to get her used to the atmosphere. That made all the difference. As I was out on course, I kept her attention on me and not what was going on around her.” 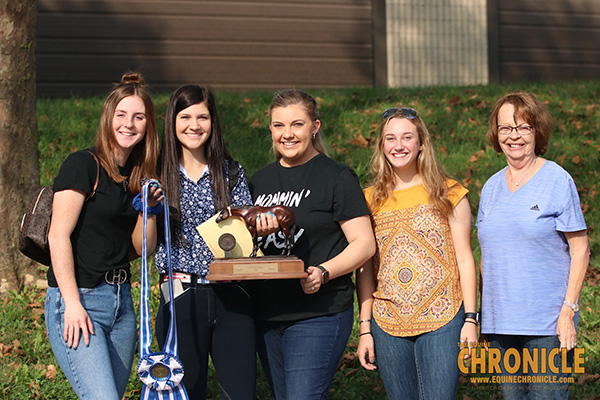 Haleigh Holliday rode Lasting Exposure to win Amateur Equitation Over Fences in unanimous fashion. This is Haleigh’s first year competing as an amateur, but she’s been riding her 12-year-old gelding, “Diamond,” for six years now.

“It was a really hard course,” she says. “It was nice because we haven’t done a lot of rollbacks at any of the shows and there were so many of them. This isn’t really my favorite class. I like Working Hunter better, because I can get a little nervous sometimes, but he was really good.”

Coming up next, Haleigh’s sister, Carissa, will take over showing Diamond in Amateur Hunter Hack as Haleigh has to head back to school. 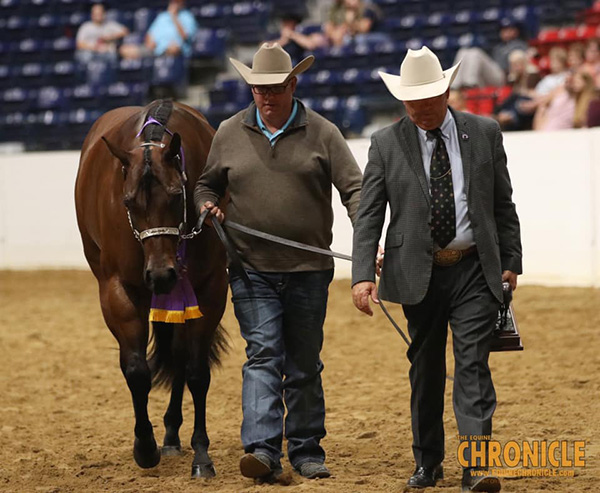 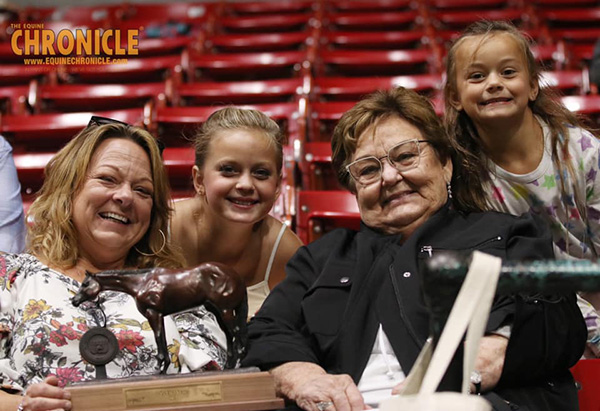 Ross Roark led KR Xfiniti to a win in 3-Year-Old Mares and was named the Grand Champion Mare. Tom Robertson and Baby I’m Worth It were the Reserve Grand Champions. Stay tuned for a video interview coming soon with handler, Ross Roark, and trainer, Kelley Wainscott.