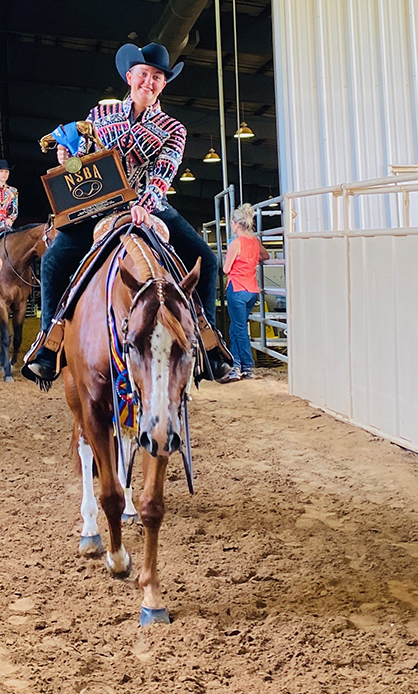 By: Brittany Bevis and Eric Mendrysa

Here we are during Day 2 of this week at the 2020 NSBA World Championship Show, and there are a number of newly crowned World Champions to recognize.

Sydnie Ochs rode No Doubting Me to win 14-18 Western Pleasure just on the heels of her win in the same class at the 2020 AQHA Youth World Show. Click here to read her interview. Reserve was Steve Wheat with Pipe Dreamz. Third was Kaitlyn Smith with Southerncomfortzone. Susan Roberts rode Momma Knows Best to win Select Western Pleasure. Reserve was Richard Carr with I Will Be A Good RV. Third was John McNichol with KM Betcha Im Best. Stay tuned to EquineChronicle.com for a video interview with Susan coming soon. 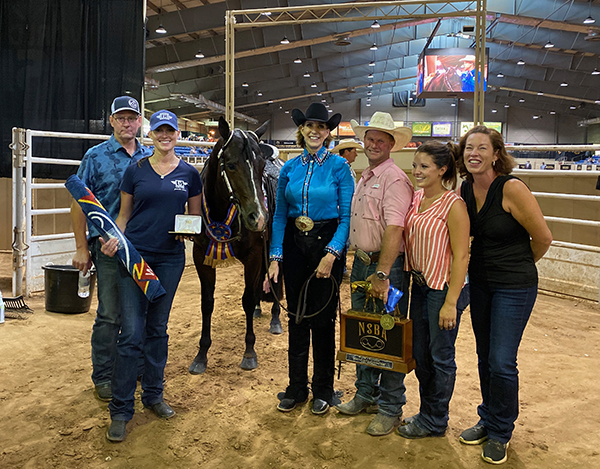 In Walk Trot Trail, the adorable Kendall Lavelle was named the winner with Don’t Doubt Im Cool. Reserve was Clara Ashlock with MS RL Flashy Goodbar. Third was Dakota Honea with Mostly Chocolate. In 3-Year-Old Trail, Bruce Vickery rode U Willy Want This to a win. Reserve was Brad Ost with Made In Detroit. Third was Hayley Kittler with A Shiney Dream. Stay tuned to EquineChronicle.com for a video interview with Bruce coming soon.

Emma Gore rode Krymsun N Gold to win Novice Youth Western Riding. Just last week at the AQHA Youth World Show, Emma and her 16-year-old gelding, “King,” won 13 and Under Horsemanship. Today, they tried a new class. “We just started showing in Western Riding in December,” Emma says. “The only part I get kind of nervous about is the pole. King can be lazy and doesn’t always like to pick up his feet. I wanted to have a good run and redeem myself from the Youth World. I was excited to have a good run, and King did everything I asked.” 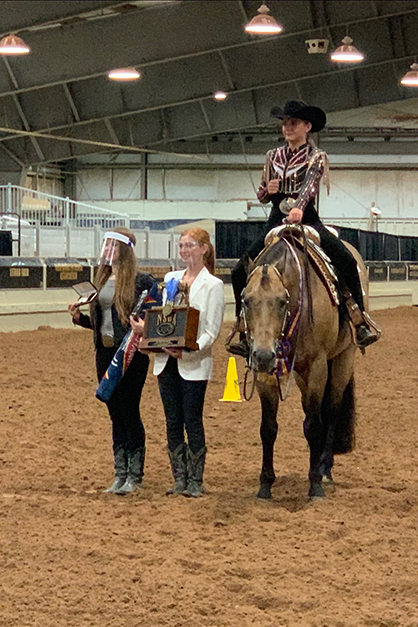 Nancy Ditty led Blaze In Trouble to win Western Non Pro Longe Line. Reserve was Heather Caplinger with Invest N The Best. Third was Stanley Scott with Gritt N Grace. Color Non Pro Longe Line was won by Allie Littlefield with Blu Skies To Sleep By. Reserve was Tracy Stenroos with Struck By Whitning. Third was Shane McCord with Got Em Sayin Wow. Danny Desmond rode Made In The Moonlite to win 3-Year-Old Intermediate Open Western Pleasure. Reserve was Kelby Hutchinson with Made In Madison. Third was Elizabeth Baker with Livin Da Dream. 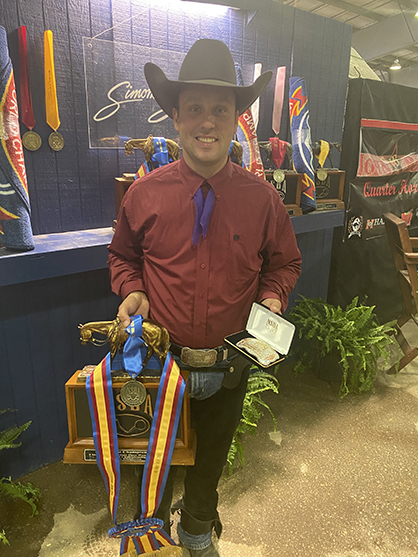 Danny was in the saddle today for owner, Ali Eidson, who told us a little about “Stretch,” a Machine Made gelding out of an Only In The Moonlite mare. “At 16.2, it can be kind of difficult at times keeping this big boy slow, but I think it gives him a lot of presence in the pen,” Ali says. “He’s an exceptional jogger and a great horse overall. This is special for Danny to continue his winning ways with Stretch. He won with me in the 2-Year-Old Stakes class at the Congress last year, so for him to continue winning with Danny is wonderful, and we’re very excited.” 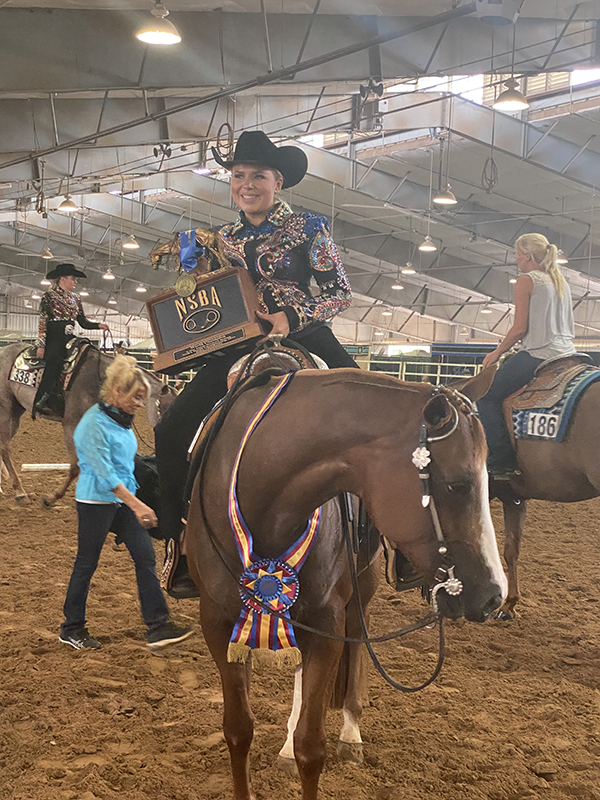 Lauren and “Mel” have been a team for the past two years. Last year, they won at the APHA World Show, and trainer, Sara Simons, snagged another title this year at the NSBA World. “She’s one of the leading horses in this class in APHA, so she’s really special to me. She’s never really lost a Western Riding class she’s gone in. I do get nervous though over the pole, especially when it’s around the corner, but she was really good for me today. I just Uber around on her, honestly. She takes great care of me.”