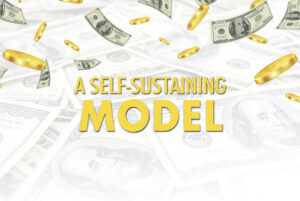 Competitors might have heard whispers about a new pilot program that’s being called the AQHA Sanctioned Shows Jackpot Program. The Redbud Spectacular was the first show to test the pilot program where exhibitors earned money through 4D jackpots in Trail, Showmanship, and Ranch Riding. During this first test run, each class had $1,500 added across four divisions (4D) with 4-5 places being paid in each. It was so well-received that the current plan is to test the program at the Texas Classic in Fort Worth and the Fall Championship in Arizona.

How a 4D Jackpot Works

The purse available for each division is often a combination of added money, as well as funds generated by competitors paying into the 4D format.When you enter the 4D jackpot for a class, you’re eligible to win the 1D, 2D, 3D, or 4D payout. With this system, exhibitors have multiple opportunities to win money.

Let’s say a competitor placed 5th overall, but ended up being the first place rider in the 2D division.That rider stands to win quite a bit of cash for a relatively small investment–anywhere from $15-$50 depending on the horse show.

How is this Different than a Traditional Jackpot?