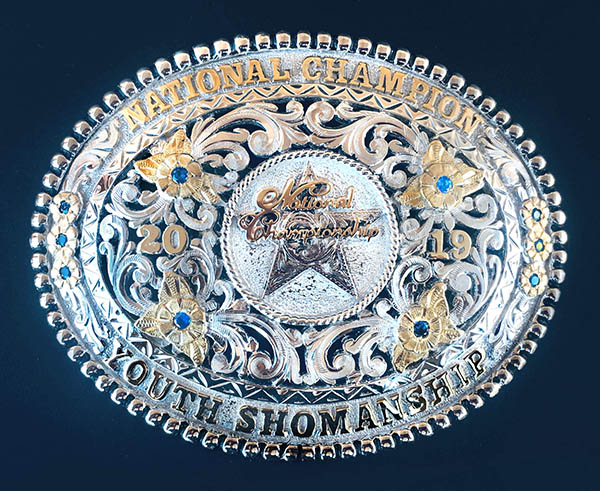 You can be certain that when Sun Circuit rolls out a new high-profile event, there will be awesome awards to go along with it. The National Championship rankings list and the tournament style competition for Equitation, Horsemanship, and Showmanship have created a great deal of buzz. Chatter around the show world naturally turned to wondering what the prizes were going to be. That wonder is now over.

Sun Circuit Director Doug Huls is sharing a first look at the cool prizes that await exhibitors this March in Scottsdale, AZ. The Champions in Youth, Amateur, and Select divisions will be awarded a spectacular trophy buckle. Additionally, The Final Four exhibitors who make it to the Finals round in each class and division will receive black leather bomber jackets embroidered with the National Championship logo.

The tournament style competition of the National Championship builds excitement throughout the week as the high scoring Sensational Sixteen, Exceptional Eight and The Four are recognized center arena at the conclusion of each round. Jacket award presentations will take place following round three with photo ops and media coverage. 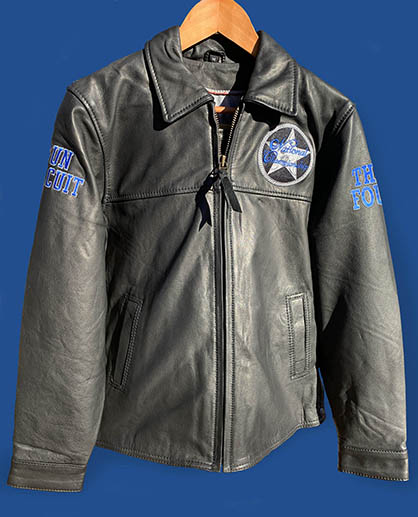 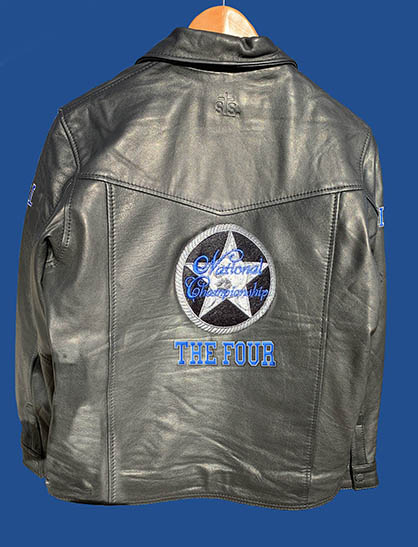 The December Final Ranking List names the 64 individuals in each division and class who are eligible to compete in that class/division of the Tournament at the Sun Circuit.

Exhibitors who aged out of a division are automatically eligible for their new division. Youth qualifiers may enter as Amateurs, and Amateurs can show in the Select division. Exhibitors will show concurrently with the corresponding regularly scheduled Sun Circuit classes. Eligible Paints and colored horses will run in a separate draw immediately following the AQHA class. Youth show only twice to four judges in the classes at Sun Circuit. The first time they show, the Sensational 16 will be named. The second time they show, the Exceptional 8 will be recognized. Immediately following that presentation, The Four Youth in each class will be announced.

The Final Rankings List, along with complete rules and class schedules can be found at suncircuit.com.