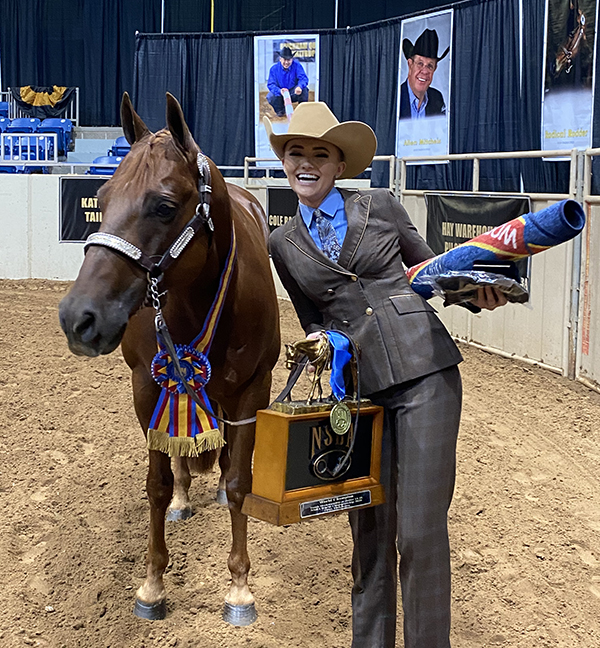 We just had the opportunity to chat with JoJo following her win in Youth Showmanship at the AQHA Youth World Show last week. Click here to read her interview- http://www.equinechronicle.com/aqha-world-champions-include-jojo-roberson-14-18-showmanship-and-grant-mastin-14-18-l1-western-riding/ 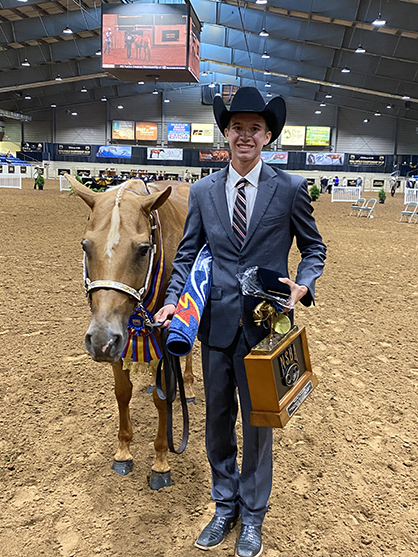 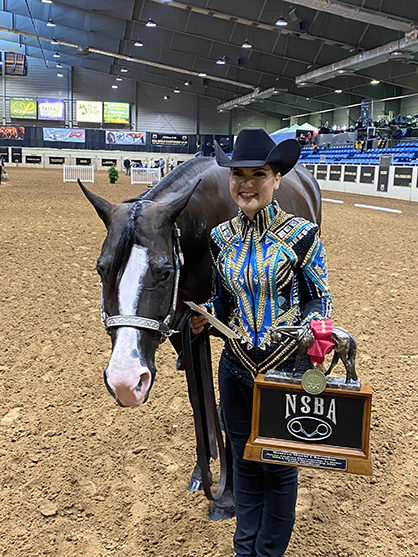 In yet another pen at the NSBA World Show, Equitation reigns supreme. The winner of 14-18 Equitation was Alexa Victoria Black with Big Country Kruzer. Reserve was Isabella D’Onofrio with Nearly Chocolate. Third was Elizabeth Gerbrandt with A Sudden Extreme. Ava Hathaway rode Stop And Stare to win 13 and Under Equitation. Reserve was Emma Gore with Krymsun N Gold. Third was Emma DeJong with Just Call Me Lazy. Novice Youth Equitation was won by Emma DeJong with Just Call Me Lazy. Reserve was Ava Hathaway with Stop And Stare. Third was Marcella Annabell Bee with Loping For Assets. 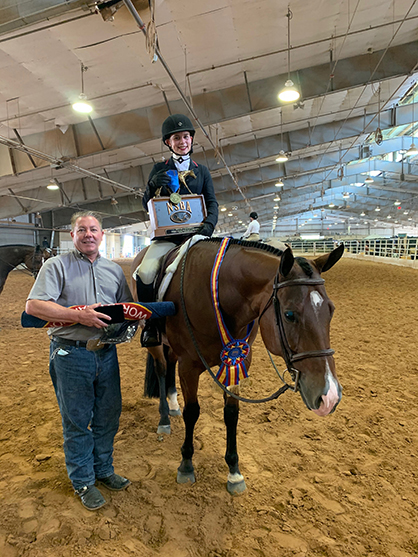 We chatted with Emma when she won 13 and Under Equitation and L1 13 and Under Trail at the AQHA Youth World last week. Click here to watch her video interview. http://www.equinechronicle.com/ec-tv-emma-dejong-2020-aqha-ywc/

Stay tuned to EquineChronicle.com for much more as the show progresses throughout this week, including around the ring photos from our shooter on the scene, Eric Mendrysa; all of G-Man’s fab candids; and perhaps a few entertaining Zoom video interviews with some big winners… 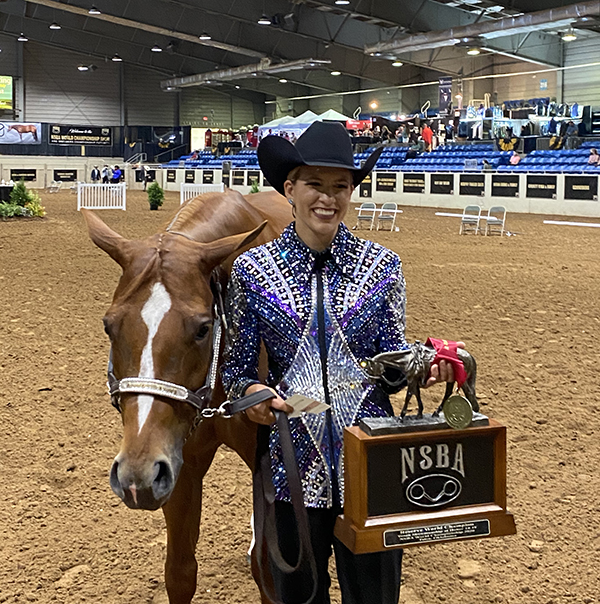 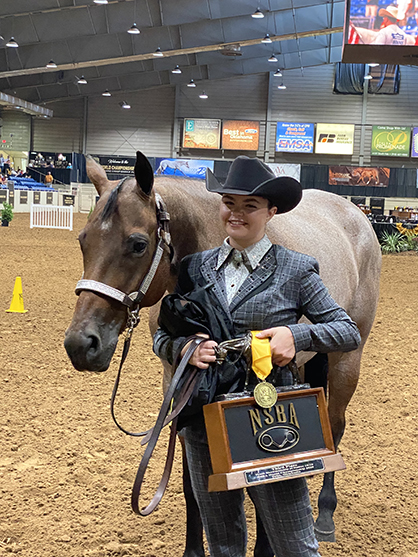 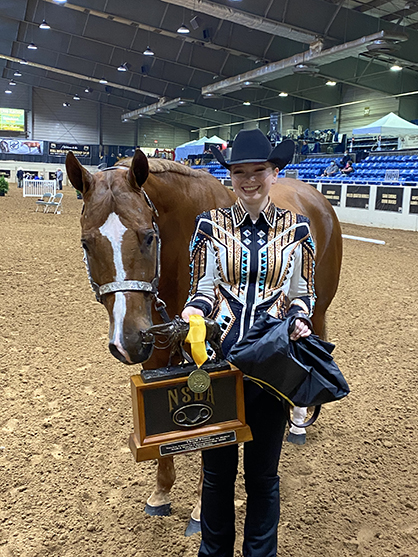