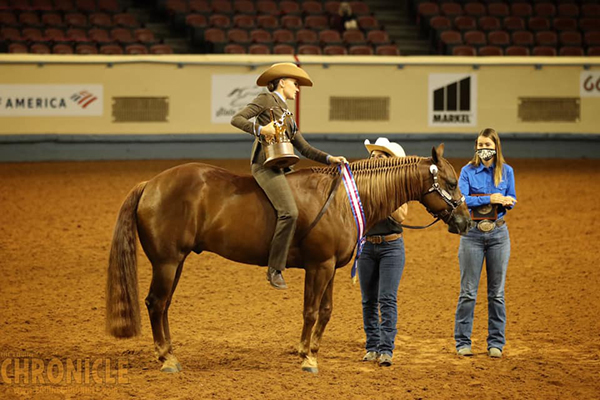 JoJo Roberson is known for being a true cowgirl at heart- a punchy competitor who excels not only in Ranch Riding but also in classes like Horsemanship and Showmanship. Today, she and Greedy Ghost were put to the test in 14-18 Showmanship and they came out on top claiming a golden globe at their final Youth World Show.

19-year-old JoJo and 9-year-old Greedy have been a team for five years. They’ve won Showmanship at the Congress and Level 2 at the Youth World before, but this is their first World Championship title. 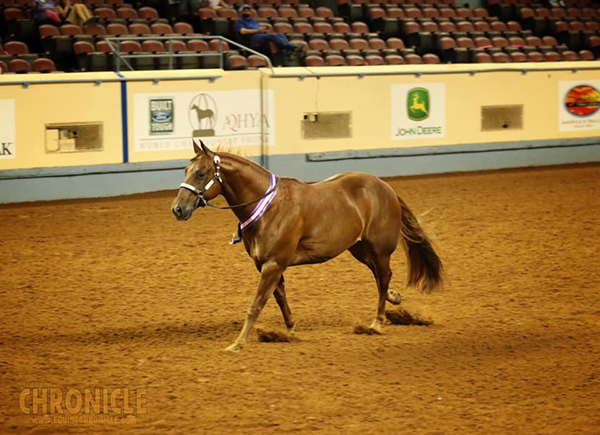 “I wanted to go in and lay out the best pattern that we’re capable of, stay calm, and think rationally,” she says. “I knew, 95%, that my horse would most likely be there for me. I had to trust that.”

“I was very pleased with my back serpentine. He stayed consistent throughout and, when I asked for him to turn, he responded. Normally, our set up can be a struggle, because he gets distracted by the judges, but he was so good today about listening. Every time something good happened, I kept getting more and more excited.”

JoJo elected to wear her trademark suit and forgo the more commonly seen sparkly ensembles for today’s class. “I feel like it’s more true to us as a team and who he is. It would be like trying to be something we’re not, if we wore sparkles, and I like the classic look.” 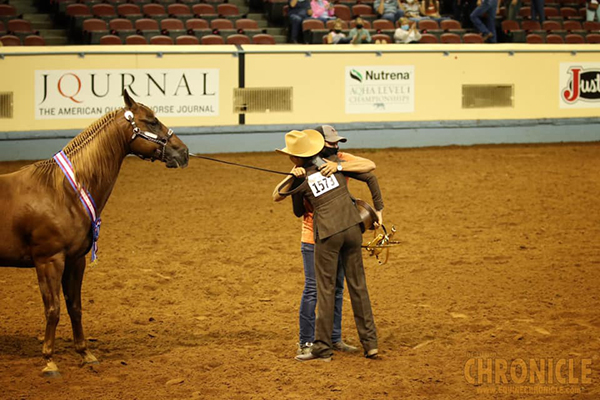 Later on in the show, JoJo and Greedy will compete in Ranch Riding and Horsemanship. “He was a Reining horse to begin with, so all three of the classes we do are things I just really wanted to do and thought he might be good at. We have worked on it, and I like them all equally.”

“This win is unbelievable and really emotional. I’ve worked a long time for it, and I’m so thankful that I could even show here, because I know there are a couple of girls out there who really should’ve gotten the opportunity to show and didn’t get to.” 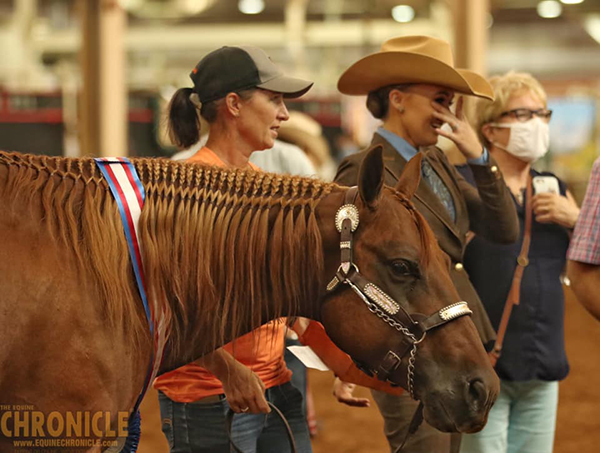 And that brings us to the final moment of JoJo and Greedy’s performance- the victory lap. JoJo had a plan. Greedy had a different plan. The trophy may have suffered as a result, but it certainly made for a memorable moment.

The Reserve Champion was Kendalyn Herlocker with Memphis Bound. Third was Caroline Nielson with Theonlykisstoenvy. Fourth was Nya Kearns with Iresistable Krymsun. Fifth was Caitlin Lyons with Olivia Frost. 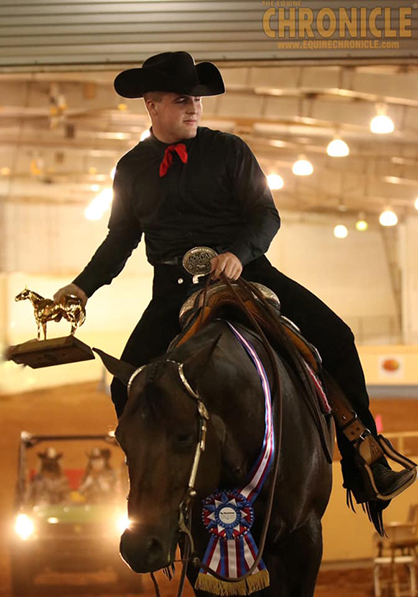 The 14-18 Level 1 Western Riding Champion was Grant Mastin with Hand Made Machine. Reserve was Millie Landon with Cutelicious. Third was Kaitlin Smith with Ona Kruze. Fourth was Lauren Blumer with Lazy Lopin Ranger. Fifth was Natalie Vargo with She Had Me At Hello.

16-year-old Grant and 8-year-old Carl have been a team since the horse was just a maiden, three-year-old. They started working on Western Riding about a year ago and have progressed to the point where they dominated today’s competition. Assisting Grant with his prep work today were Tommy Sheets and Ryan Cottingim. Although Grant was a Reserve 13 and Under Trail Champion in the past, this was his first win.

“It was a really good pattern, and he rode really well,” he says. “He stayed soft, slow, and really listened to me the whole time. He let me put him where he needed to be. I cannot complain.”

“One thing that’s really important, that I have to do, is move his shoulder over and make sure I have my shape and position through the changes and keep my energy throughout. He was really good with keeping the same pace throughout. We stayed back and let the changes come to us.” 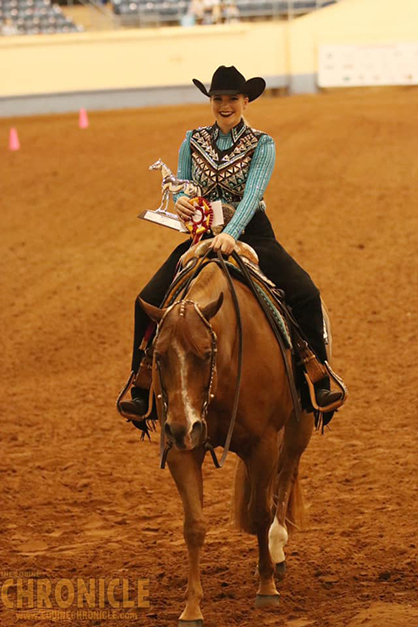