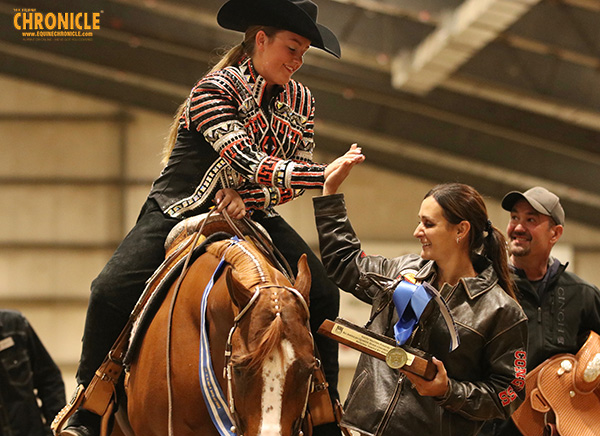 The multiple Congress, AQHA World, and NSBA World Champion, No Doubting Me, formerly owned by Sue Sancken and ridden by Sydnie Ochs, has sold to Cindy Kaufman of Westerville, Ohio. “No No” will continue his career under the guidance of Chad Piper of Piper Performance Horses.

Our Equine Chronicle readers will be very familiar with No No as he achieved great success in recent years, first as a consistent Western Pleasure Futurity winner and later on as a solid youth champion and maturity contender. 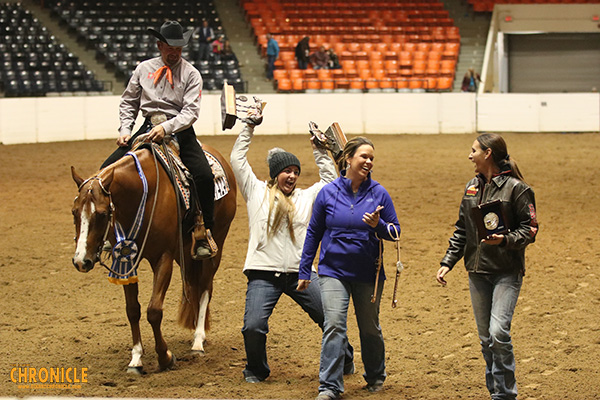 What is it about this horse that judges find so appealing? Following Brian’s win in Junior Western Pleasure at the 2019 AQHA World Show, he provided some insight. “It’s just the raw talent that he has,” Brian said. “I always describe it as if you’re loping on a cloud.”

Luckily, No No won’t be going too far as Baker Futurity Horses and Piper Performance Horses operate under the same roof. That’s why Chad knew No No would be the perfect horse to help Cindy get back into the saddle again after a 30-year break.

“Cindy showed horses years ago and had a couple of kids since then who are very involved in sports,” Chad says. “She bought The Aftermath and showed him for a little while. She just started around this time last year in Novice Western Pleasure. She did a limited amount of showing, just getting back into the swing of things. She’d been wanting to buy a 2-year-old and have two horses; but, then No No became available… He’s absolutely phenomenal. It was an easy decision. She rode him twice, and the rest is history.” 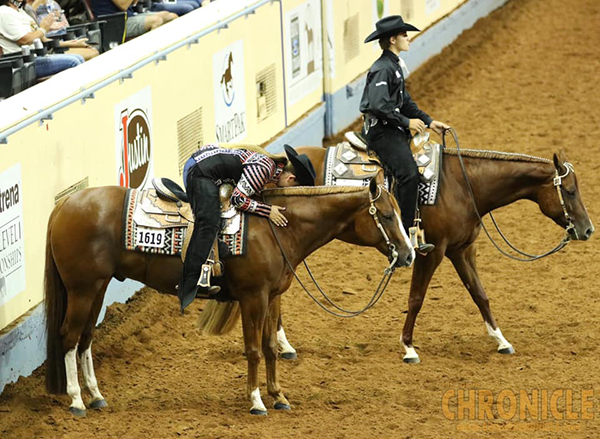 Cindy is thoroughly excited to follow in Sydnie’s footsteps as she and No No begin the next step in their journey together. “2020 was my first year back showing after a 30-year break, and I was lucky enough to go to some shows and get to know Sydnie,” Cindy says. “You can’t help but cheer for her. He’s such a great horse, and she’s an amazing rider. I was lucky enough to get to ride him a few weeks ago, and I just didn’t want to stop.”

“God love Chad with his patience. He’s teaching me how to do all of this again. It’s been a great learning experience.”

Chad and Cindy are of the same mind that they’d like to focus on honing the duo’s skills in Western Pleasure for the remainder of Cindy’s novice eligibility. Then, one she transitions into the Select division, there is no telling what new events they might add. They also have a bucket list goal on the horizon.

“I would like to get myself up to speed, really to just a percentage of where he’s at,” Cindy says. “I’d like to focus on Western Pleasure for a bit. He’s obviously conquered that aspect!” 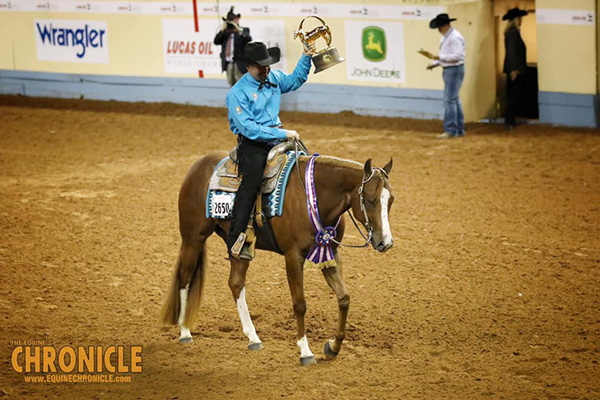 “I’ve lived in Columbus, Ohio all my life, and although I haven’t had horses lately, I’ve probably been to the last 20 Congress shows. I’ve sat in the stands, and I just love the environment. That’s the show I’m looking forward to, especially because I didn’t get to go last year. When I was younger, I didn’t have a horse of the caliber that could go to the Congress. This year, I won’t be the one in the stands, but in the arena with a great horse.”

Best of luck as Chad, Cindy, and No No travel to the Georgia On My Mind show in Conyers, GA next week for their debut!

We’ve had the opportunity to chat with Brian and Sydnie several times over the years following this talented gelding’s many wins. Click on the links below to read more. 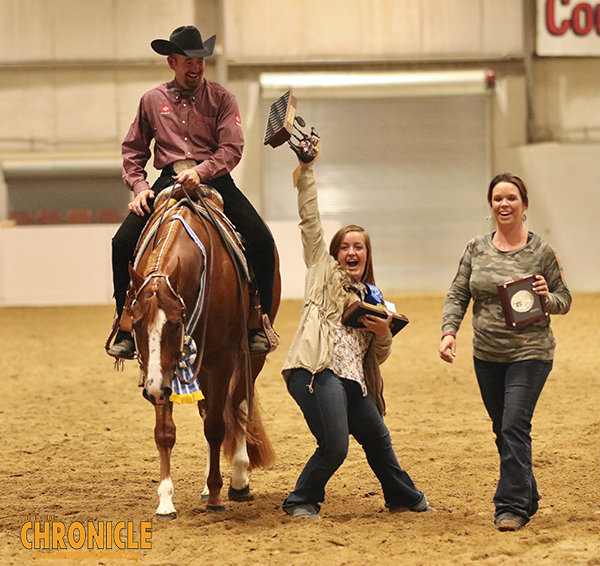