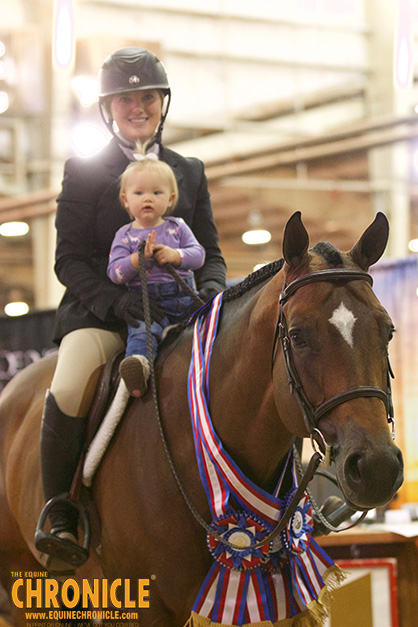 First, Jessica Johnson rode DGS Vintage to win Progressive Working Hunter. She was also named the Reserve Champion with Cloaked In Honor. Third was Ryan Painter with Good Ride N Fella. Fourth was Tyler Haney with Un Forgettab Lee. Fifth was Ryan Painter with Thrift Shop. We chatted with Jessica the day before yesterday when she was named the World Champion in Junior Hunter Hack with DGS Vintage. Click here to read her interview.

Next, Tyler Haney rode Un Forgettab Lee to win Junior Working Hunter for Chester and Anne Prince. His partner for the class was the 4-year-old gelding named “Brooks” that the Princes purchased from Lee Paul Shinn as a 2-year-old. “They’ve brought him along slowly, and this is his first World Show,” Tyler says. “Lee Paul taught him to drive and was third in Pleasure Driving with him the other day. He started him over the jumps, and I took the reins last November, and have cruised him down the road ever since.”

“He comes out the same every day. He’s like a big dog. He’s one of those that has a big motor, so the less you do the better. He’s super brave and never looks at anything. I can always trust him. He’s a really fun horse to have.” 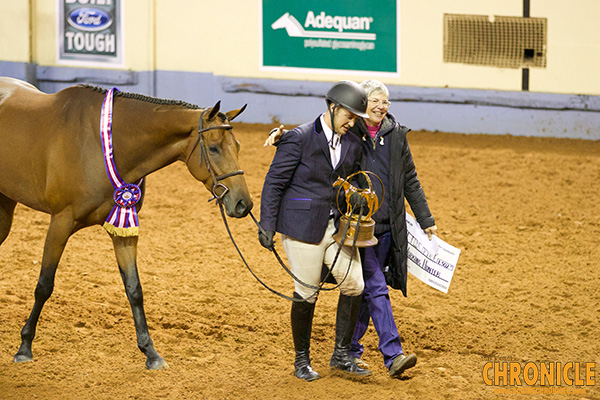 This is Tyler’s first World Championship, and he was shocked to learn the results of the class. “I was shocked. This is only my third World Show as a open rider and my first win. I won the Level 2 the other day with another mare Chester and Anne own, and I didn’t think that was possible, let alone this.” 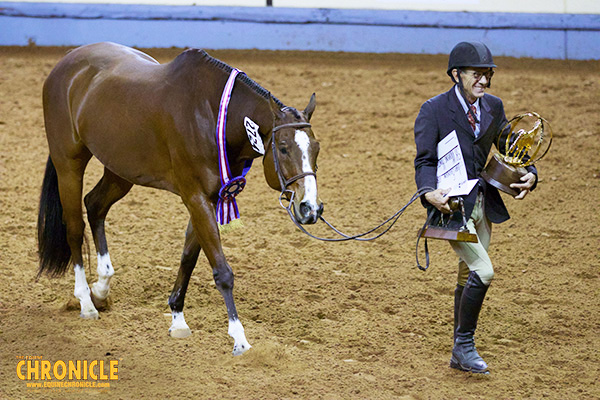 13-year-old “Jazz” has been in Jerry’s barn for quite a while, and the pretty bay has found a way into his heart. “He’s one of my favorite boys. When he was three, some people here in Oklahoma bought him and brought him to one of the horse shows. I watched the girl ride him around and was cussing myself that I hadn’t gone to buy him myself. I liked a lot of things about him, but they were having trouble getting along. They came and took some lessons from me, and it wasn’t working very well, so they sent him to me. Within three weeks, he figured things out and was a good boy. He was trying his very best and changing leads well, and I thought that I loved this little horse.” 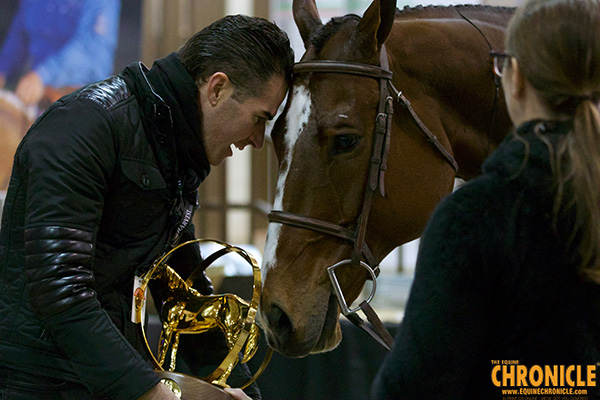 Peter Sloane purchased Jazz in August of last year and shows him in amateur classes as well. In fact, Jerry thinks this is probably one of the last times Jazz will come to the World Show for open competition, as it’s time for Peter to take over the reins. “He gets to fly for free, because he’s a flight attendant, so I told him that he needs to come out to the barn and practice! He was in London the other day, and we sent him the video from the preliminaries. He was afraid that he would jinx him if he came to watch the finals, but it worked out well.”