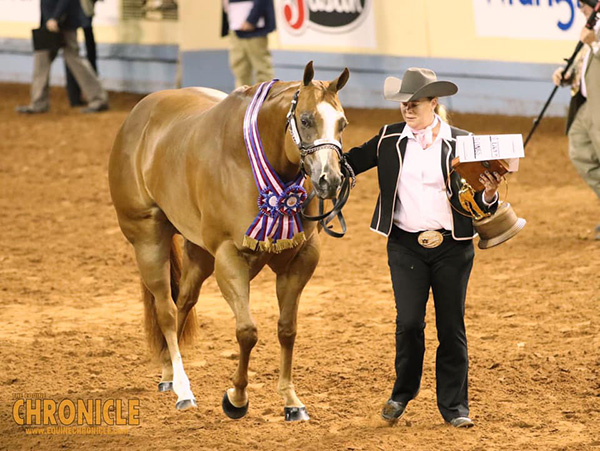 First, Kristin Cole was named the L2 Champion and World Champion in Amateur Aged Geldings with DMM Secret Sinsation. Reserve was Christine West with Mister Over Easy. Third was Shannon Freeman with Zydaco. Fifth was Cindy Sotello with Righteous Rascal.

The entire Erhardt/Cole family has had great success with “Sinbad” this year. Sinbad’s owner, Amy Jo Erhardt, has an 11-year-old granddaughter, Audrey Cole, who won Youth Aged Geldings at the Congress, as well as Youth Grand Champion Gelding. Then, Kristin also won Amateur Aged Geldings with Sinbad at the Congress.

In Amateur Aged Mares, Warren English led Baby I’m Worth It to the win. Reserve was Cara McMillian-Gibson with Alusion. Third was Frank Berris with Bee Jewelled. Fourth was Laura Lee Smith with Rockin Too Cool. Fifth was Shirley Parrish with Ms Gianni At Last. 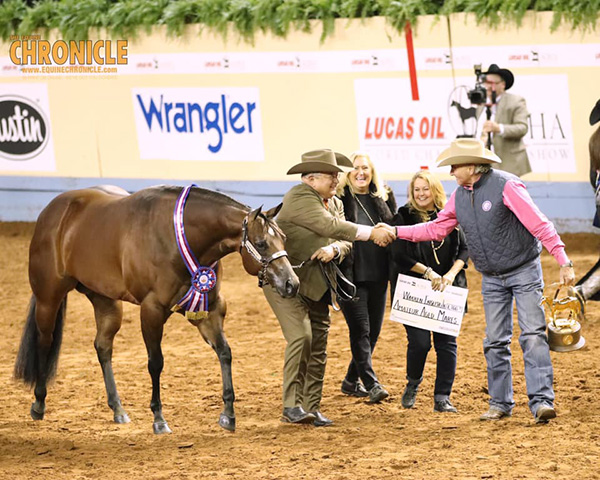 This is 4-year-old “Penny’s” first year in the aged division. She’s had much success in her early career with numerous wins each year. “At some point in time, she’s won every division,” Warren says. “Every year, she’s won at least two World Championships. Last year, she won everything. This year, she was Reserve at the Select World with my wife and, at the Congress, she was Reserve in her class and Reserve Grand Champion.

The English family is very excited to pull embryos this year and has a few dream crosses in mind, including Very Cool, Evinceble, and Execute. They hope her babies will get her beauty, balance, and personality. 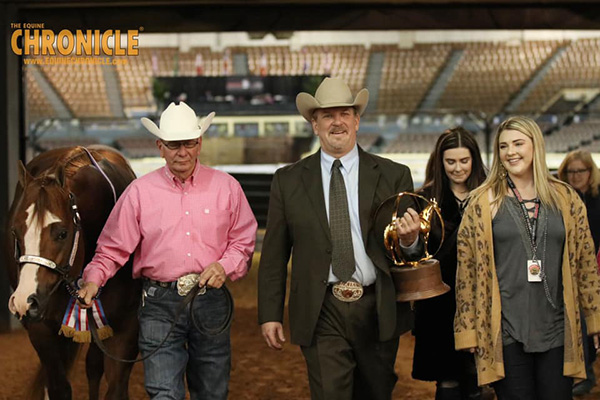 Amateur Aged Stallions was won by Steven Jensen with Ese A Looker. Reserve was Barbara Hoffer with Not Kiddin Me Mister. Third was Cody Mitchell with True Blue Bayou.

The Amateur Performance Mares Champion was Andrea Alderson with Most Appealing Dream. Reserve was Jody O’Neill with Lite Sleeper. Third was Sydney Anson with KM Raised To Be Best. Fourth was Kaye Nell Ochetto with Shes So Sleepy. Fifth was Kara Sisco with Party Favours. 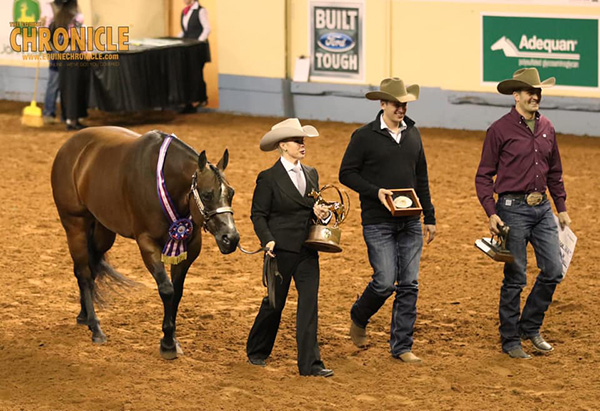 We remember interviewing Andrea about a win with her homebred mare, Most Appealing Dream, back in 2014 when she won her first World Championship title. Since that time, she’s accumulated numerous wins. We spoke with Andrea just the other day when Tom Robertson led “Roxy” to a win in the open division. To read, click here.

Winning Amateur Performance Geldings was Sarah Reeder with Dinnero. Reserve was Kaye Nell Ochetto with Legentary. Third was Kristin Smith with Too Sleepy To Flash. Fourth was Angela Fox with HP The Rusty Fox. 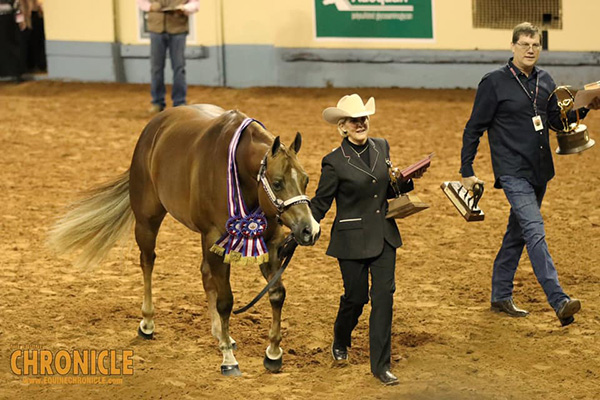 Just the other day, Tom Robertson led Dinnero to a Reserve finish in Open Performance Geldings. Dinnero and Sarah have had a fantastic year with championships at almost every show they’ve attended. After not having ridden for 14 years, Sarah took the plunge to get back in the saddle, in order to qualify for Performance Halter and learned how to compete in Stake race. Given that today is “Pink Day” at the show, in honor of those who have been affected by cancer, it must be an emotional win, because, not too long ago, Sarah lost her mother to ovarian cancer.