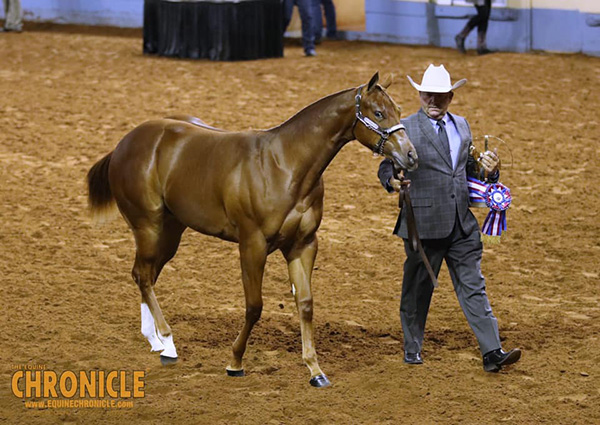 As the AQHA World Show quickly draws to a close, we have a number of World Champions to congratulate in Open Halter classes. Ross Roark led Jack E Boy to with Weanling Geldings for Richard Donnelly, who also won in the amateur division last week. Reserve was Luke Castle with FG Defender. Third was Chris Arentsen with Gotta Love Luke. Fourth was Andy Staton with Hez All The Feels. Fifth was Ted Turner with Ese Winner. 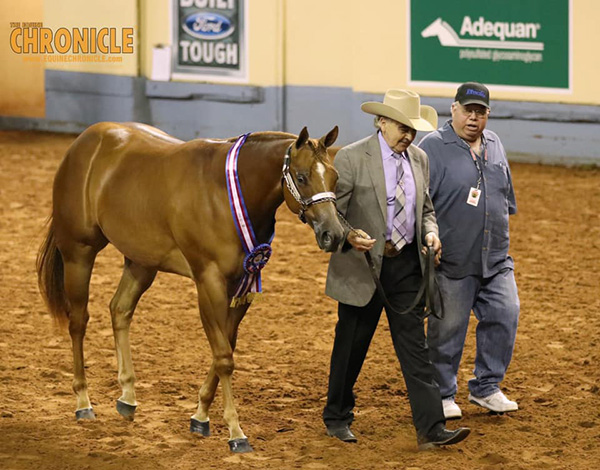 Tom Robertson led He Is The Exception to win Yearling Geldings for Jimmy Roth. Reserve was Ross Roark with Tattle Tailz. Third was Tim Finkenbinder with Hr Ante Up. Fourth was Luke Castle with So So Secretive. Fifth was Ted Turner with FG Justified.

Tom has been a part of this Kid Coolsified bred gelding’s career from the beginning.

“He’s a special colt,” Tom says. “He’s so balanced and so pretty that everyone thinks he’s a filly. He’s been like that from day 1. We picked him out as a baby. He came here last year and showed in the WCHA class and was Reserve. Then, he won at the Congress and was unanimous in amateur and open. He’s got a great attitude and always has his ears up.” 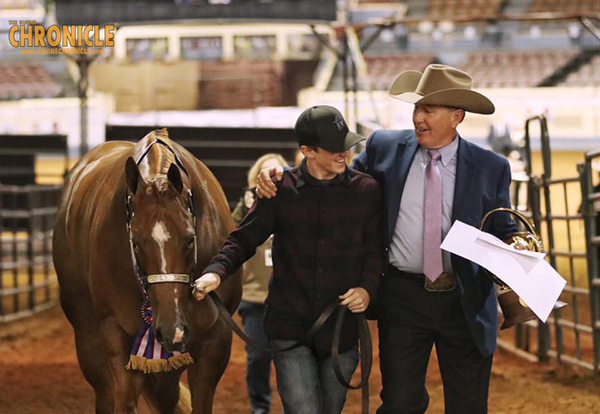 “Kate” has had an exceptional year, winning 2-Year-Old Mares and Youth Mares at the Congress and being named the Open and Youth Grand Champion Mare. In addition, her owner, Trent Searles, won at the Youth World this year.

“We picked her up last year in April from Phil and Sue Drawdy,” Jeffrey says. “I took a look at her and brought her up out of the pasture and she’s been good to us.”

Jeffrey explains why he believes the judges are so attracted to this He’s So That X Radiant Image daughter bred mare.

“It’s a really nice group of two-year-old mares. Her class is one of the deepest classes of all the Halter. She’s got that little extra, and it all comes together when she comes in the pen. Everything fits together on her just a little bit better. She’s a perfect Quarter Horse.”

What’s next for Kate? “We haven’t really chatted much beyond this horse show. This was something she hadn’t won yet, and we were really trying to accomplish that, which she did today. Definitely through December she will get turned out and have a little bit of R&R. We did that with her last year, and it was really good for her. She grew and matured a lot. We’re going to kick back and take it easy for a while. She’s earned her keep so far.” 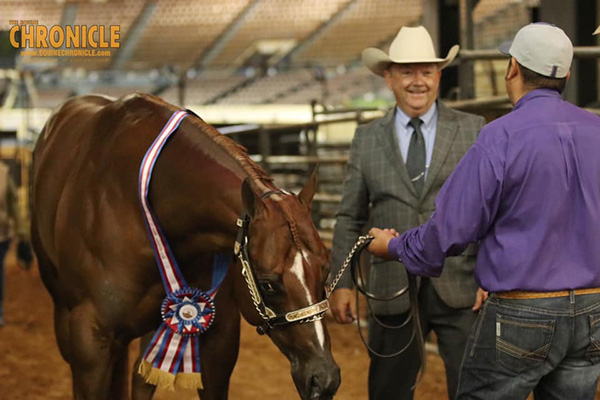 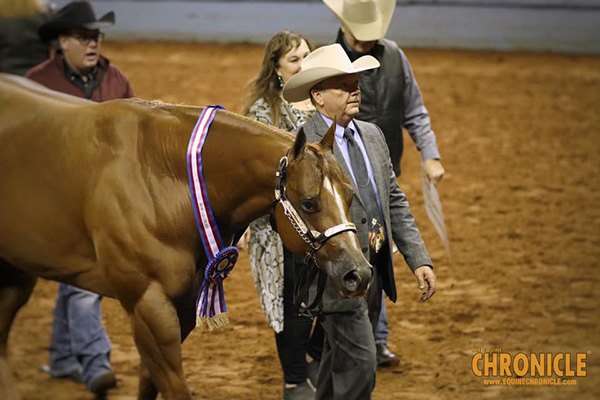