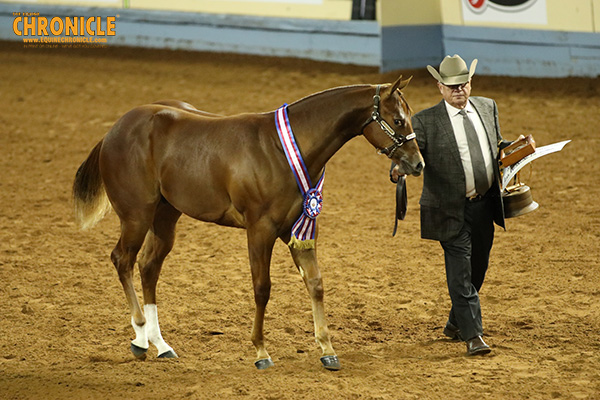 Next, in Amateur Weanling Fillies, Amy Jo Erhardt led Classiest to a win. Reserve was Scott Trahan with Shez To Kool. Third was Nancy Dyer with Bubblee. Fourth was Anita Wiescamp with CF Sittin Pretty. Fifth was Elizabeth Beauchamp with Premos Pretty Secret. 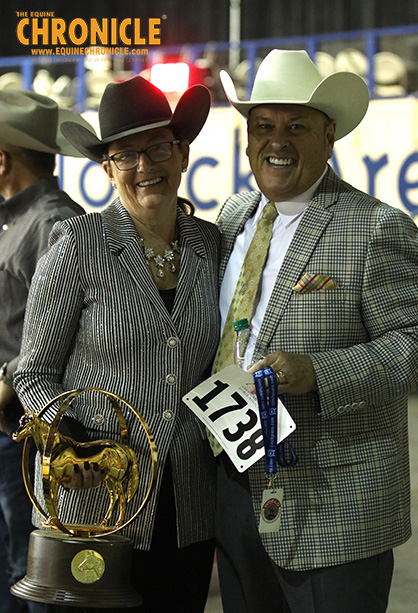 “Classy” is by Heza Secret Agent and out of a PTMA Star Kid mare. Amy Jo purchased her this summer and has been showing her throughout the year with top placings at the Breeders Halter Futurity, WCHA Futurity, and Big Money Futurity. Later on in the show, she will compete with Tim Finkenbinder in open.

“I think what makes her special is that she’s what I would call good-boned,” Amy says. “She’s solid and hasn’t had any issues growing. She seems to be growing big and strong.” 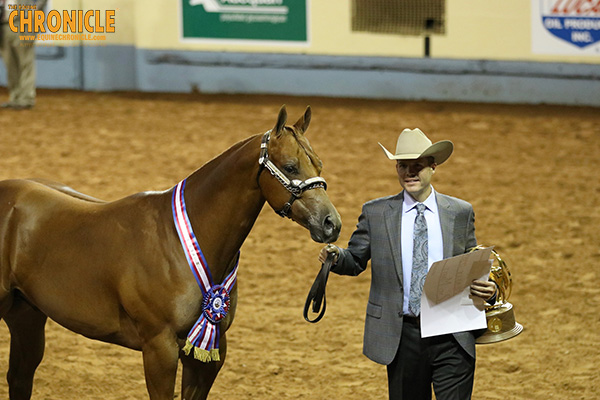 Josh Weakly led Tattle Tailz to win Amateur Yearling Geldings. Reserve was Mariah Gibson with HR Ante Up. Third was Corinne English with E Ventually. Fourth was Scott Dunn with So So Secretive. Fifth was Thomas Coon with Hes Got Finesse.

Christine and “Ruby” just came off a win at the Congress in both the amateur and open divisions. They’ve been a team for the past two years after Christine purchased the mare for one of her twin daughters.

“Tom [Robertson] told me that she would be a good one, and she’s been great. She was Reserve at the Youth World this year with my daughter, Catherine, one of the twins. They show performance horses and have been showing them for a long time. My family is from a Quarter Horse family and raised horses years ago. We showed Halter, but it’s been years. Then, we decided we would get back into it. One of the girls shows my aged gelding, Mister Over Easy, and so we needed another horse for the other twin. He went to Terry Bradshaw’s and found her.” 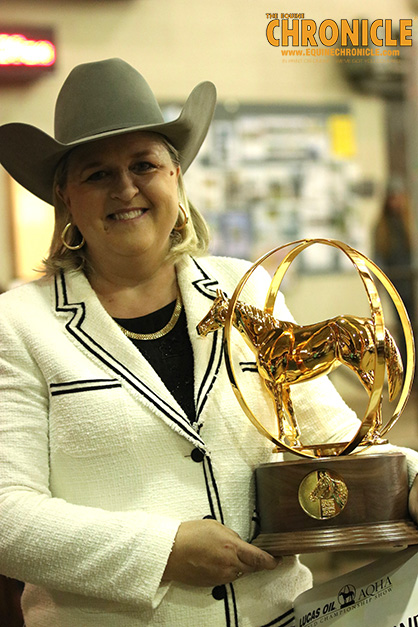 Christine appreciates Ruby’s balance and gentle disposition. “She’s really balanced and the complete package. She really does’t have any big holes. She’s deep bodied, has nice muscling, and I love her disposition. She’s very nice and easy to handle and level-headed.” 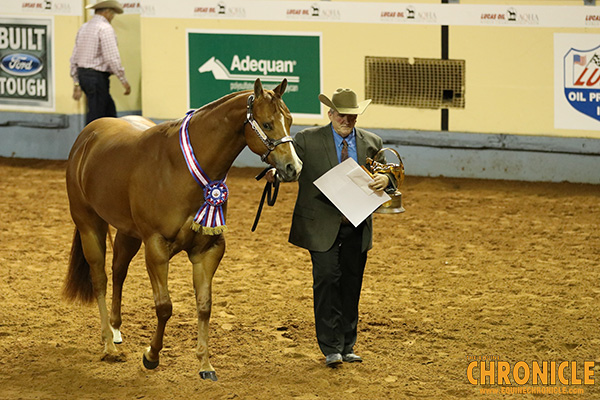 Finally, JR Cook led Lu Scion to win Amateur 3-Year-Old Geldings. Reserve was Josh Weakly with Maui Jim. Third was Anna Finkenbinder with Guns And Leather. Fourth was Anita Wiescamp with Just Be The One. Fifth was Tara Landon with Amazing Vaquero.

JR’s grandfather, Bob Cassata, purchased Lu Scion at the World Show last year after he won the 2-Year-Old Geldings class. “My grandfather wasn’t sure if he was going to make it to the World Show this year, so he showed him at the Select World. Then, he asked me if I could show him here and obviously I said yes. This is only my second time showing him.”

In addition, JR has never shown at the AQHA World before, so this is his first World Championship title. He was also the Level 2 Champion in the class, so he left with a golden trophy and a golden horse. However, he has three young daughters, so he needs to win one more trophy…

“We have 8-year-old Georgia, 5-year-old Isabella, and Elizabeth, who is turning four in just three days, so we need to win one more trophy!”

JR appreciates the fact that “Pickles” is such a solid and well-built horse, but also that he has the endurance to maintain his presence throughout a long show day. “He’s very easy to show and tracks well. He’s a really solid horse from head to toe. I like how strong-legged he is. His legs will look the same no matter if it’s 8:00 in the morning or 8:00 at night and, to me, that’s the sign of a great Halter horse.” 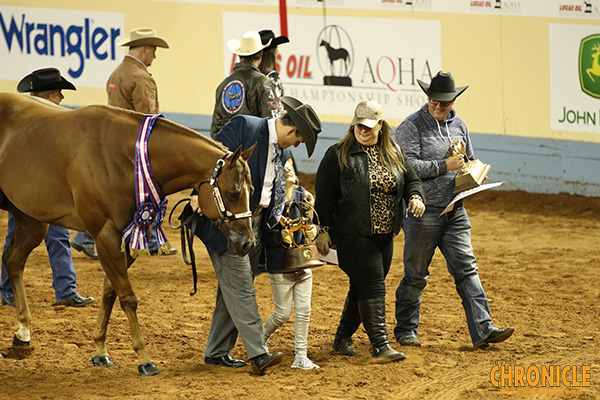 Pickles certainly exhibits signs of greatness as the CR Golden Nugget-bred gelding has won at the World Show as a weanling, yearling, 2-year-old, and now 3-year-old. “I think it’s one of those odd crossings that worked and developed a super horse. 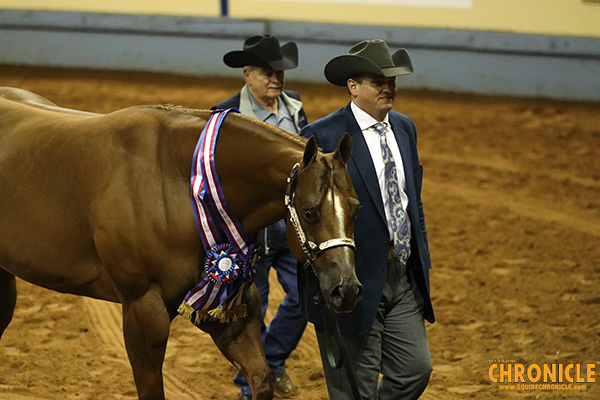