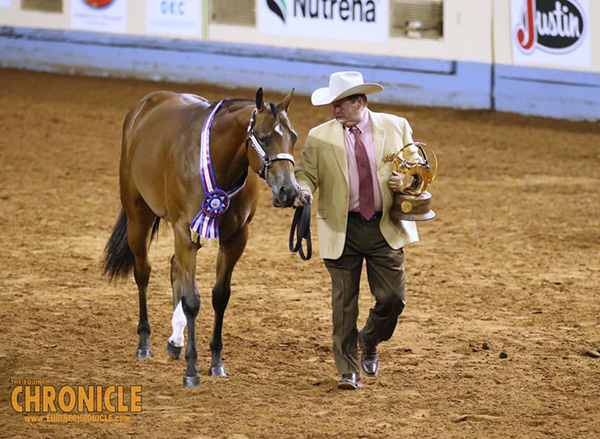 As Halter classes quickly come to a close here at 2019 AQHA World Show, we had several repeat winners from the amateur classes last week. First, Steve Ferguson led Frigidaire to win Yearling Fillies. The Reserve Champion was Tom Robertson with Stellas Finest Rose. Third was Ted Turner with Shez Got Ya Lookin. Fourth was Dewey Smith with Sheza Premadonna. Fifth was Jason Smith with Bittersweett.

CLICK HERE TO SEE WHAT MARCH FERGUSON HAD TO SAY ABOUT FRIGIDAIRE IN HER EC INTERVIEW FOR HER AMATEUR YEARLING FILLIES WIN. 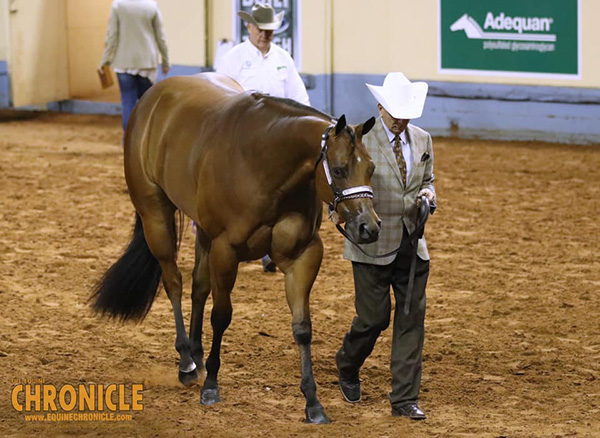 Ted Turner led Solair to win 2-Year-Old Geldings for Dan Fox. Reserve was Tom Robertson with Elusive Pick/Tom Robertson. Third was Steve Ferguson with Watchmaker. Fourth was Tim Finkenbinder with Cool In My Levis. Fifth was Buddy Laney with FG The Executive.

CLICK HERE TO SEE WHAT DAN FOX HAD TO SAY ABOUT SOLAIR IN HIS EC INTERVIEW FOR HIS AMATEUR 2-YEAR-OLD GELDINGS WIN. 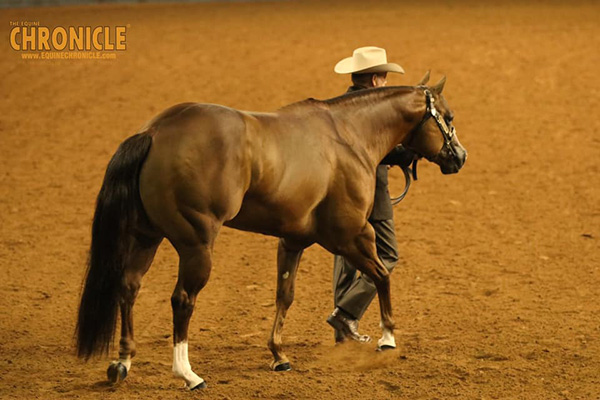 Last week, Robin was also named the World Champion in the amateur division with “Rocko.” Robin has owned Rocko since this time last year, after he saw him at the AQHA World Show. “Ricardo Rejon owned him, and I’ve been following the horse since he was a baby. I really liked him then and wanted to see him grow up a little bit more. I thought, for a Halter stallion, he was mature and conformationally correct and had the best combination of balance, quality, and refinement of muscle, for me, as a stallion and would probably be a breeding horse.”

Robin has already done four test breedings on his own mares with lines that include I Gotta Cool Secret, Self Employed, and Western Gunslinger. Ross Roark is also excited about the future of this stallion. “Robin sent him to me in September. I saw him last year and really liked him. He’s a quality stud horse. He’s got a good back, good head, lots of muscle definition, good withers, and lots of stifle. I think he will have a future as a breeding sire.” 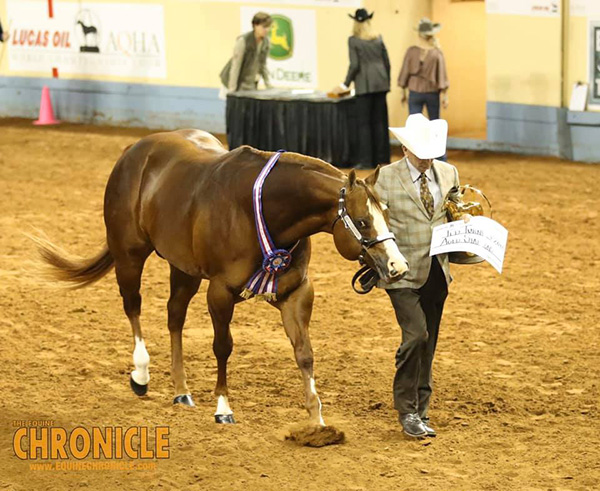 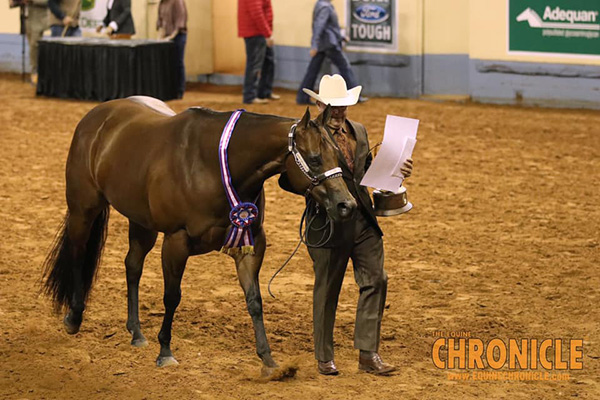 It might be hard to believe, but this is Gameday’s twelfth World Championship, and Ross has been a part of the horse’s career since the very beginning, leading him to wins as a weanling, yearling, two-year-old, three-year-old, multiple in the aged division.

“He’s just one of those horses that’s blessed with great genetics, and he takes really good care of himself. He’s a really good keeper and he rests a lot, which really helps.”