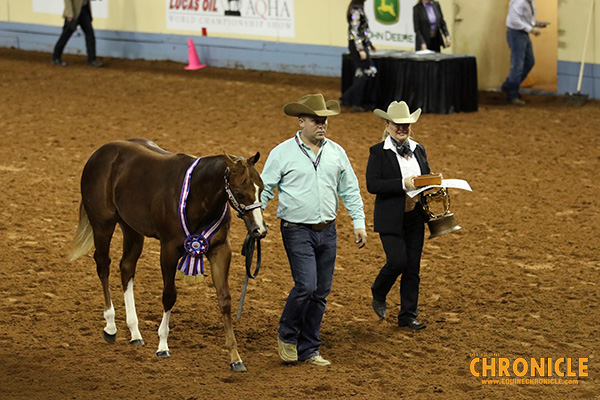 Joy knew from the moment “Raylan” hit the ground that he was destined to be something special. “He was beautiful from the day he was born. He’s super flashy, and he grabs your attention. He stands out because he’s so pretty and correct.”

Jason Smith has fit the colt since birth and helped him to win the Amateur and Open divisions at the Iowa Breeders Championship Futurity, as well as Amateur Grand Champion Stallion. Because the colt is N/N, Joy has hopes that he may be a breeding sire some day. 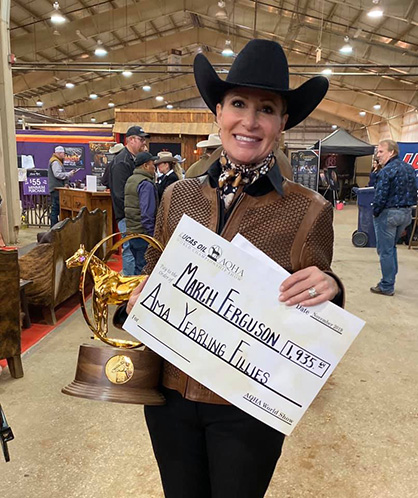 March explains that her filly received her unusual show name because of the winter weather conditions that were rolling through Tyler, Texas on the night of her birth. “She was born on the coldest night of the year. It was like 5 degrees in Tyler that night. She was raised on our farm and I won with her at the Select World last year.”

Assisting March with preparations for today’s class was her trainer and spouse of thirty years, Steve Ferguson. “It’s hard, because expectations are there. I hadn’t shown in a very long time, but he just says, ‘You can do it!’ It’s a little challenging, but we make it work.”

What March likes best about her El Ante filly is her coloring and overall balance. “I like the fact that she’s bay. She’s beautiful from the top to the bottom. She has a beautiful face and great legs… I really don’t know what I dislike about her!” 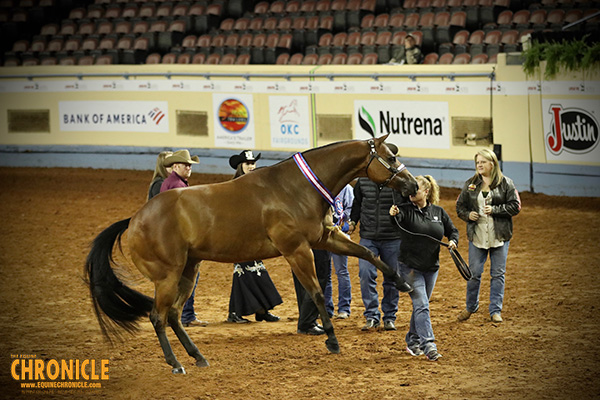 Dan Fox led his beautiful, bay, Solair to win Amateur 2-Year-Old Geldings. When asked to provide us with a little interview, he simply said, “Just repeat the Congress!” That’s because Dan and Solair had an exceptional October being crowned the unanimous 2-Year-Old Gelding in Amateur and Open, the Open Grand Champion Gelding, and Amateur Reserve Grand Champion Gelding. “We still love him and he still has all those ten points I like,” Dan laughs.

Solair isn’t just a pretty face. He’s also quite the character, as exhibited from his “victory dance” in the center of the pen during the awards ceremony. 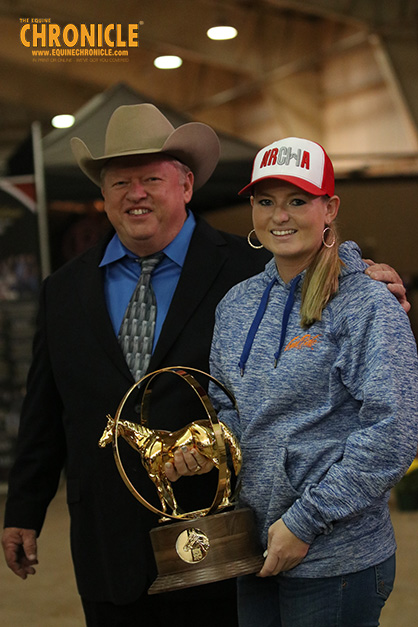 “That’s his victory dance! It’s him. He’s playful. He’s only 34 months and he looks like he’s a 5-year-old. You’ve got to give these young horses a little slack and remember that they are just babies. He’s a giant baby though!”

Coming up next, Solair will be led by Ted Turner in the open division.

Christopher Perniciaro led Irrefutable to win Amateur Yearling Colts. Reserve was Josh Weakly with Bigger Dreams. Third was Adam Matthews with Gotta Bad Addiction. Fourth was Logan Lorenz with LFL Eligiance. Fifth was Mark Williams with Once Upon A Time. 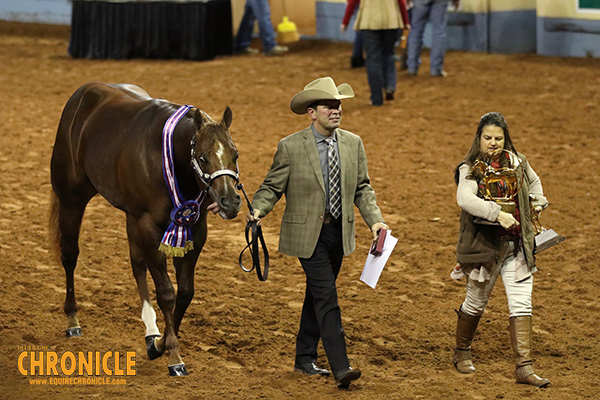 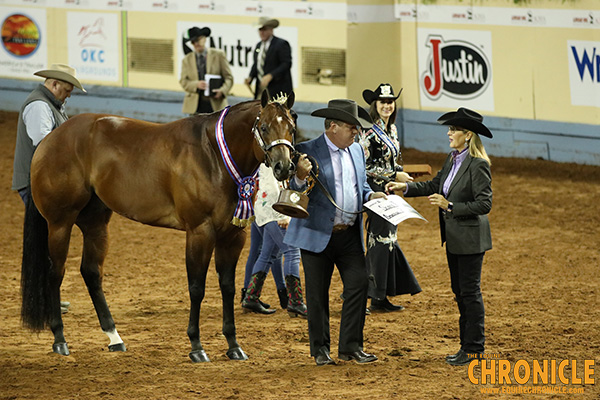 Scott Trahan led his Grand Champion Stallion from the Congress, Evinceble, to win Amateur 2-Year-Old Stallions. Reserve was Dan Fox with CR Pacemaker. Third was Mariah Gipson with I Got Cool Luck. Fourth was Robin Robinett with Juz Sayin. Fifth was Shelly Hendryx with  Quinclusion Midnight. 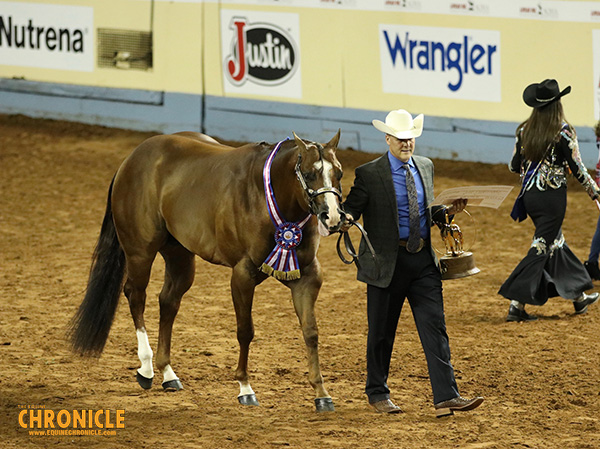