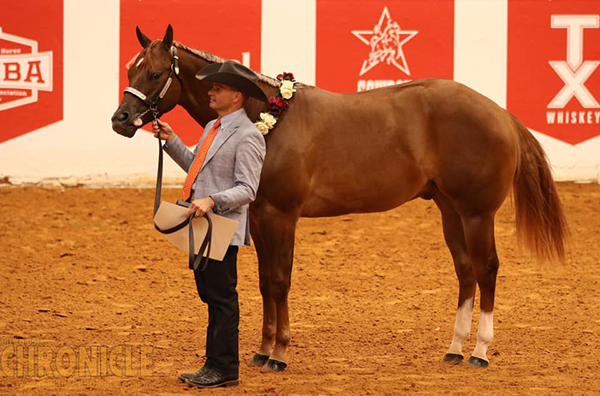 “Lucky” is by My Intention. Anthony and his husband, Darrell Ireland, purchased the horse from Jason Smith last year and they’ve had great success so far, winning the Non Pro Grand Champion title at the Breeders’ Halter Futurity last week and a whopping $20,000. “He’s a special horse,” Anthony confirms. “He’s another one like my filly that’s really balanced and has a very pretty topline. He’s a good made horse, what we should be looking for in a Quarter Horse. Also, he has a great disposition and is great to show. He’s broke to death.” 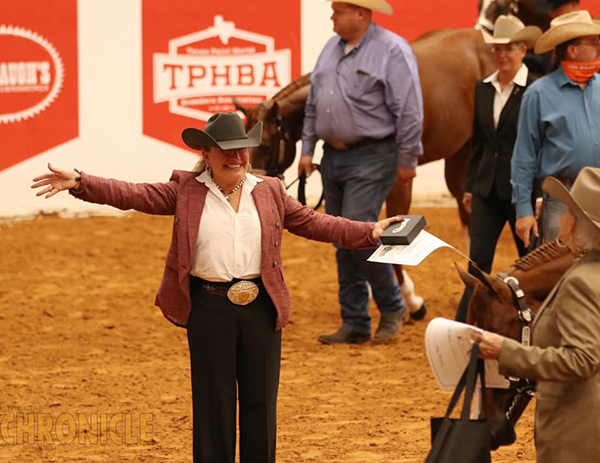 Joy raised this stallion by My Intention and out of Excuses Excuses and has had him in training with Jason Smith ever since. Raylan was named thus because of Joy’s favorite television show. “When he was born, I was watching this show called Justified, and the main character is Raylan Givens. He’s a US Marshal who is funny and handsome.” 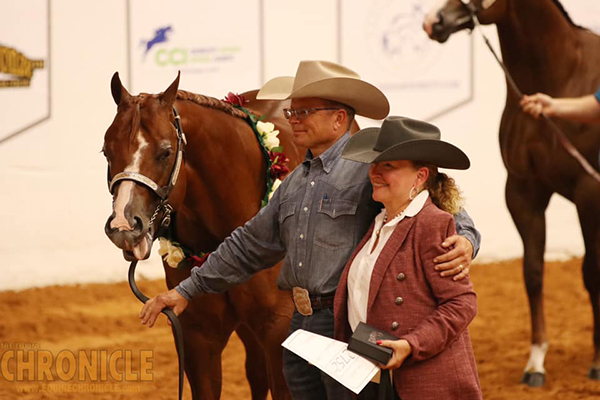 “This stallion is very rich looking. I’ve realized that he’s suddenly got this big, beautiful, stud head. He’s gorgeous. I love everything about him. He’s always been really correct, but the biggest change is his size. He looks like a grown horse now.”

The winner in Amateur Showmanship champion was Paige Wacker with Whitetrashmillionaire. Reserve was Christopher Strong with All That Charisma. Third was Kylee John with Krymsunized. Fourth was Kevin Smith with CR Open Range. Fifth was Megan Seehafer with All That I Got. 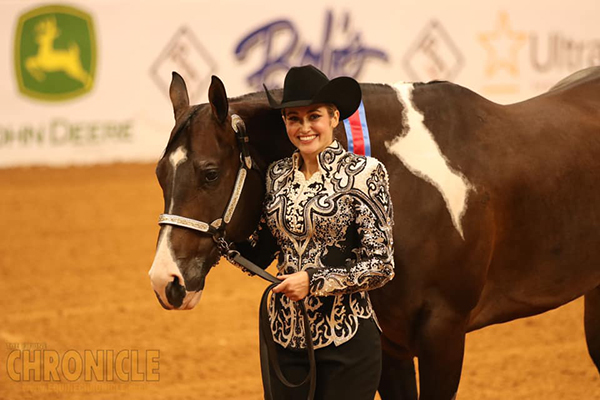 We spoke with Paige just the other day when she won Amateur Equitation. Click here to read.

The winner of Masters Amateur Showmanship was Stacy Basinger with Spent The Night. Reserve was Amy Novacek with Got Sensation. Third was Elizabeth Paul with Will Onlydo The Best. Fourth was Carol Timke with Born To Be Good. Fifth was Christine Harrison with I’m First N Line. 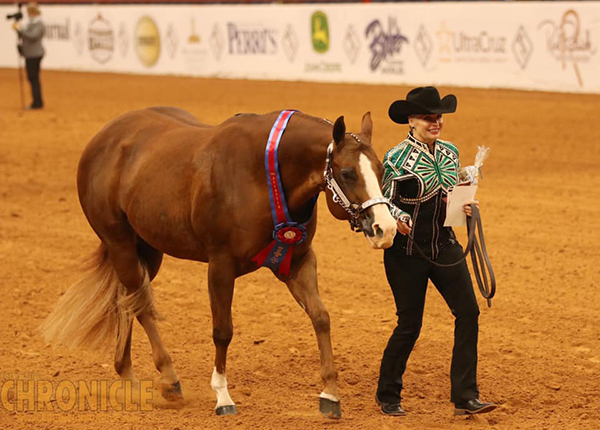 Stacy has shown “Shame,” a 16-year-old mare, for the past six years. During that team, they’ve been under the guidance of Limelite Show Horses. This is their first World Championship title and Stacy is ecstatic.

“It’s kind of a dream come true, really. I was beginning to think I wasn’t going to be able to do it. You know, the older you get, you kind of think your time has passed, so it feels wonderful.”

In today’s pattern, Stacy loved the back portion, because Shame “just flys.” “This is my favorite class. I feel like it is such a dance and a partnership with your horse. Riding is too, but I feel that Showmanship is more so because your horse has to be in tune with everything that you do.” 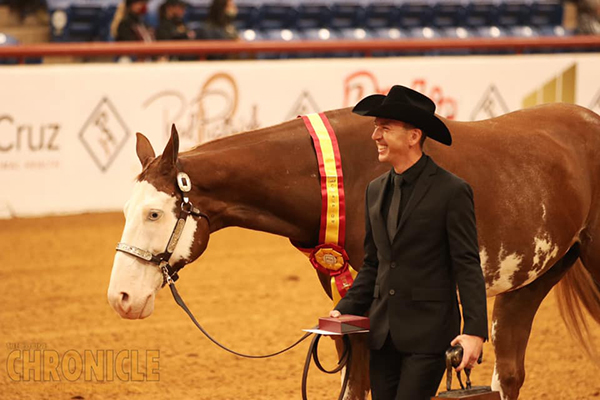 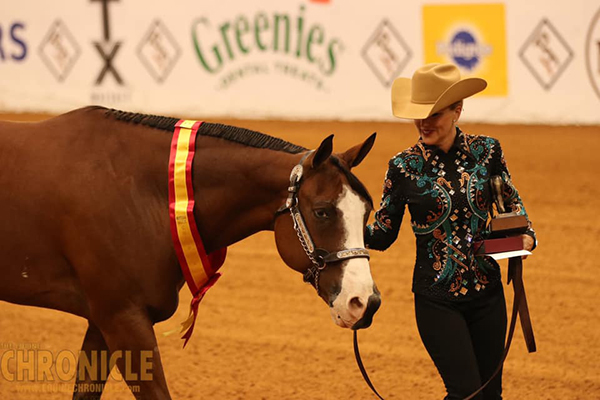