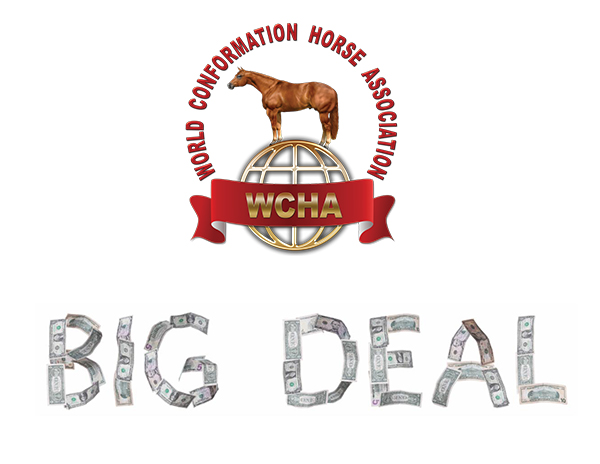 However, we have currently reached our limits of future growth when our only source of purse monies comes from stallion nominations, entry fees, and sponsorship. Our goals for 2020 are to add additional futurity days, increase Color Class purses, expand the Intermediate Non-Pro Program, and separate the Non-Pro and Open classes to stand alone classes. All these goals are obtainable, but come with additional expenses: arena, facility rental, judges fees, show personnel, awards, etc.

To be fair, all participants (mare owners, exhibitors, and stallion owners) should all share in the financial responsibilities, but continue to keep it affordable for everyone. The WCHA Breeders Committee, the Board of Directors, and the WCHA Executive Committee unanimously approved the following Nomination Program to be implemented January 1, 2020!

·    $300 – Late nomination payment due prior to last option to enter WCHA Breeders Futurity.

·    $350 – Late nomination payment due by December 31 to remain eligible for competition as yearlings and older.

To compete as a yearling or older, a horse MUST be nominated as a Weanling and Yearling. Exception: 2020 is the first year to record nominations: Yearlings in 2020 will not have to pay a weanling nomination in addition to yearling.

***WCHA will continue to support events around the country. New events to be announced soon! A percentage of nomination fees collected will be allocated to enhance payouts in these satellite events. However, to be eligible to compete in these events it is mandatory that all horses be nominated to compete in WCHA sponsored classes.***

Color Nominations For Weanlings and Yearlings:

In addition to the above color nomination schedule, a percentage of all foal nominations collected will be allocated to the color purses for additional incentives for our color breeds within WCHA.

We estimate the above nomination program will TRIPLE the payouts within the WCHA Futurity Program!

For nomination forms and additional information go to the WCHA website.

One half of every nomination collected from a stallion registered APHA or ApHC will be allocated to the Color Purse Monies.

*Note: To show stallion owners additional consideration the foal nomination payments on foals/yearlings owned in same ownership name as the stallion in the amount of $100 won’t be due until June 15th.

As an incentive to enroll a stallion early so you can advertise him as a participating stallion, WCHA offers a payment plan. Place a half price deposit now and then the remaining balance is due by June, 2020.