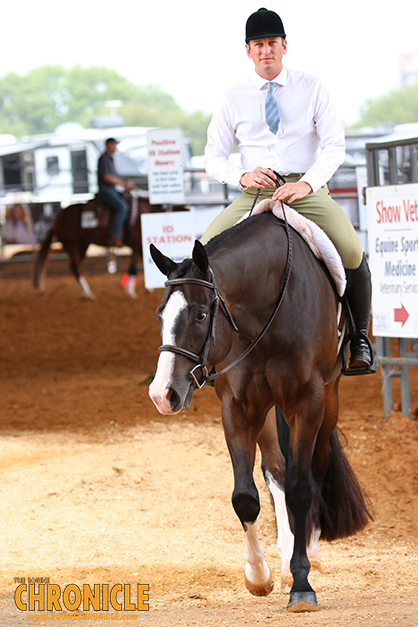 This evening’s Hunter under Saddle futurities crowned two worthy champions- one is a seasoned show horse with a host of World Championship titles to his name and another is a young prospect just making his name in the business.

“You get in the arena, and it’s a whole other level,” he says. “You just float. It’s a pretty cool feeling.”

“He’s kind of on my string at Empyre Show Horses. Obviously, at the horse shows, we [Brad Ost and I] might bounce back and forth a little bit to get him ready. I’ve wanted him since he was two. The fact that we actually have him, and we have the opportunity to train and show him, is amazing.” 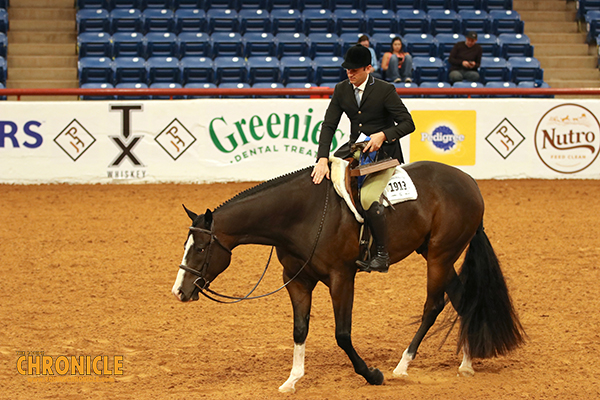 Troy says that Jameson is very easy to maintain, and most prep work done at home simply involves exercise and keeping his mind occupied. “It’s more about keeping him legged up and not letting him get out of shape. He gets his turnout time in the morning, and we ride for 15-20 minutes. We play around with some things. I’m trying to teach him how to do Equitation and maybe we will work on some other events, like Pleasure Driving. I think he would enjoy another job and something else to do to change it up a bit.” 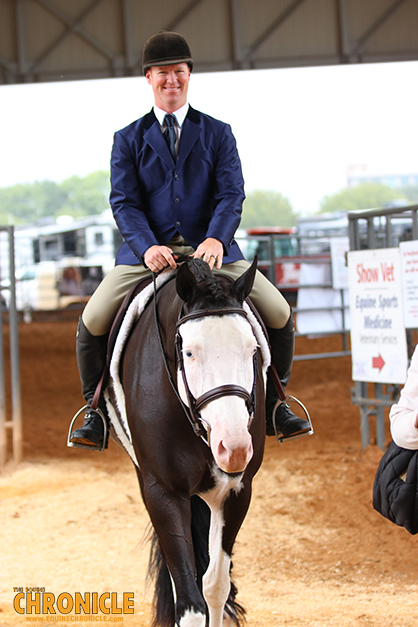 Reserve was Keith Miller with EPR Face It I’m Fancy. Third was Alyse Roberts with All On The Line. Fourth was Dale Sullens with VS Code Ted. Fifth was Ceralena Gray with The Dark Knight.

In the Gold 2-Year-Old Breeders Hunter Under Saddle, Shannon Gillespie rode TWF Only The Roanly to a win. Reserve was Katy Jo Zuidema with Lazy Company. Third was Keith Miller with The Pleasure Code. Fourth was Tammy Mills with Ladies Night. Fifth was Hannah Lind with Been There Scene That.

Gillespie Show Horses has had “Finn” in the barn since he was a yearling. Last year, at the APHA World Show, he won a host of Yearling Longe Line titles. Shannon was pleasantly surprised when they started him under saddle that he was ever better than they expected he would be. 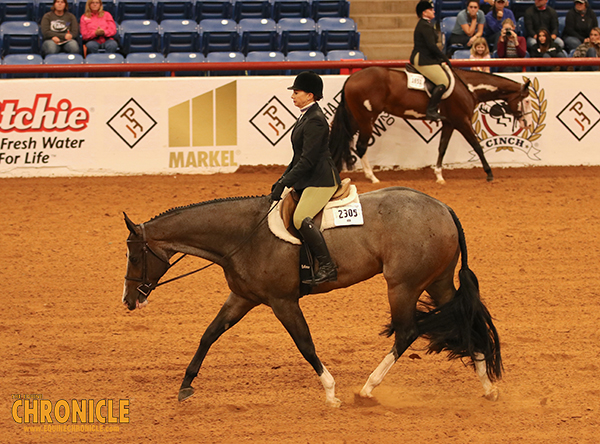 “We actually like him a little better under saddle than on the line, which is a nice surprise. He’s so much fun to ride. The first time I got on him and loped off, he was exactly like he showed today. It’s so easy for him. For a two-year-old, he’s really strong and really mature. Everything comes easy, and he has a really good attitude.”

Finn is by The Wow Factor and out of Zippos Mr Good Bar. He is proudly owned by Susan Demeo, who was watching on the live feed from home, undoubtedly crying a bit. Shannon says Susan feels very grateful to own such a talented, young animal.

“He’s very expressive and always has his ears forward. He’s really happy to do his job. Everything is really correct. Whether it’s a Hunter judge or an all-around judge that he’s showing to, he has the stuff that people want. He has a strong canter both ways and tons of cadence. You can’t make that.” 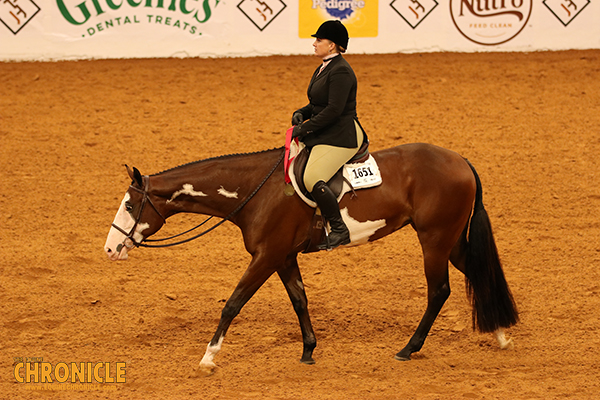 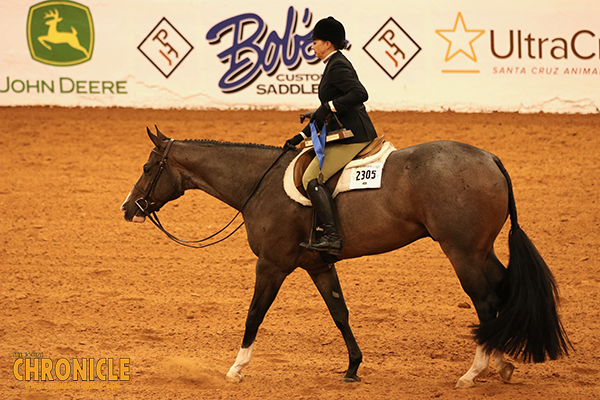 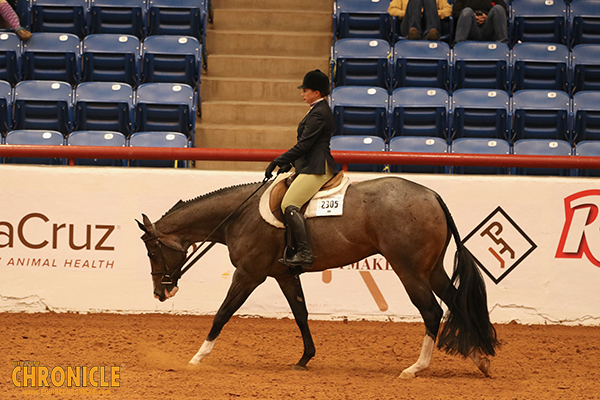