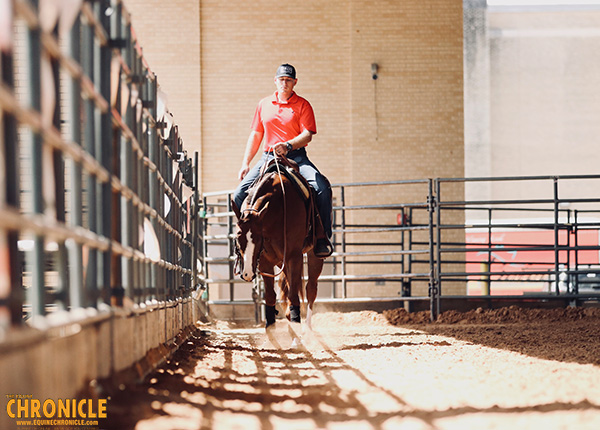 When should a young horse be started under saddle? How intense should training load be during the early portion of a horse’s career?

The training of young horses is a popular topic of discussion in the horse industry. For the most part, the main factor that determines a training timeline is the discipline a horse is expected to participate in as an adult.

For example, racehorses are often started as yearlings where they learn to accept a bridle and headstall, saddle and girth, and even the weight of a rider. This early start is important if they’re expected to begin racing at the age of two. On the other hand, many Grand Prix Jumpers don’t begin over fence training until they’re five, and, in some cases, seven. The performance horse sector lies somewhere in between with horses competing in Longe Line as yearlings and starting their under saddle careers as two-year-olds. However, a push has been made in recent years to put more money into three-year-old, Novice, and Maiden horse events, to encourage those who choose to wait on a late bloomer.

There are many differing opinions among trainers, breeders, and welfare advocates regarding this subject. Because most studies and research focus on diseases and conditions, there has been less analysis of these types of training-related inquiries, and, as a result, less concrete, scientific evidence from which to draw a recommendation. However, Michigan State University is spearheading an effort to focus on the performance horse sector. Just last year, we interviewed Dustin Boehmer, who volunteered the use of his all-around horses to Michigan State University’s Spartan Equine Research Lab for a study on circular exercise and the impact it might have on skeletal strength. The research was funded in part by the American Quarter Horse Association. The results of that research are currently being analyzed.

In the meantime, Alyssa Logan, a Ph.D. candidate studying Equine Exercise Physiology at Michigan State University, published a review of research, alongside her advisor, Brian Nielsen, that focuses on the science behind the training of young horses.

“We recognize that whether or not young horses should be trained, and subsequently shown or raced, is a controversial topic,” Logan says. “Much of our research centers around this topic. We work diligently to find methods of managing and exercising young animals that optimize bone health and potentially reduce injury later in life.”

“We felt it was time to go through the research in the field to determine what the impact of exercise is to the bone, articular cartilage, tendons, and ligaments of young horses.”

The review entitled, “Training Young Horses: The Science Behind the Benefits,” cites 65 sources on the topic. While you might think you will guess the results of this research analysis, you might be surprised.

Some highlights of their findings include:

This review relies on analysis of scientific literature to better understand how the skeleton and supportive structures of a young horse respond to the stress of training.

The review explains that while we might think of bone as a static, unchanging structure, it most certainly is not. “While bone is perceived as static, it is constantly changing through two similar, yet separate processes: bone modeling and bone remodeling. Bone modeling is the process of bone acquirement and removal in growing individuals, while bone remodeling is the process by which old and damaged bone is renewed.”

The function of bone modeling is to form and/or reabsorb bone in order to alter and retain its structure. This process allows bone to better adapt to the strain that’s placed upon it. Therefore, it only makes sense that this process is most active during growth of an immature skeleton.

“While the adult skeleton undergoes some modeling, it is not as frequent as in the immature skeleton. For this reason, while horses are growing, their skeletal strength is highly influenced by the strains their bones undergo through daily use and exercise. Short-term dynamic exercise as an adolescent can lead to beneficial changes in bone morphology, increased fracture force, and reduced fracture risk at maturity… Knowledge of bone modeling and remodeling justifies that exercise during growth is beneficial, if done properly.”

A common argument in favor of waiting to start a horse’s training until later in life has to do with the belief that skeletal structures should be “fully formed” before training begins. “Despite clear scientific evidence that training horses while they are young and growing is beneficial for producing a strong musculoskeletal system that is better prepared to handle the rigors of competition, many in the horse community are quick to condemn this practice. The belief is that waiting until a horse is skeletally mature is the best approach to avoid injury.”

The review explains that the skeletal development of a young horse rapidly increases from six weeks of age, when a foal’s birth weight doubles, to 12 months of age when a horse reaches 90% of its mature height and 66% of its mature weight, to four years of age, when growth has been completed. “The bones of young horses are most responsive to stimuli up to two years of age. Exposing the influenceable skeletal structure of young horses to dynamic loading during development could optimize the skeleton through maturity, thus leading to a lower chance of musculoskeletal injury.” 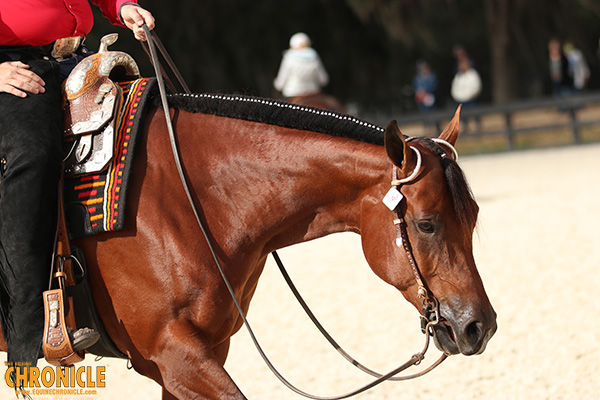 Cartilage, specifically articular cartilage, is a thin layer of connective tissue that lines the ends of the bones within a joint. The function of this lubricated surface is to aid in articulation, or movement, by reducing friction. Because cartilage doesn’t contain blood vessels or nerves, it is subject to limited healing. As a result, “regular movement of joints and dynamic loads are required to maintain normal articular cartilage structure and function, with inactivity of joints presenting a detriment to cartilage.”

The review references a study that aimed to determine the influence of exercise and confinement on the developing equine joint. Horses five months of age were kept in box stalls with no exercise. This group had stunted joint development. However, when the confined horses were provided with pasture access, the joint development quickly changed to mirror that of normal horses.

Just as confinement is detrimental to joint development, so too is overstrain of cartilage. In another study, strenuous exercise of two-year-olds, who remained stalled except during training, showed disturbances within the collagen network. “Two-year-old horses which were strenuously exercised on a treadmill for 19 weeks were found to have thicker calcified cartilage compared to horses who exercised for the same time-period but only at a walk. The author suspected that the greater thickness of calcified cartilage in strenuously exercised animals is an adaptive response to high intermittent loads, as this response was previously noted in canines as well.”

While it is known that cartilage does respond favorably to exercise, and unfavorably to confinement and immobilization, cartilage is also susceptible to injury from too much “strenuous” exercise. “Further studies are still needed to determine the fragile line between exercise frequency which benefits cartilage and that which inhibits cartilage development and function.”

The function of the tendon is to position the limb correctly during motion and to act as a spring of sorts that stores and releases energy. The tendon is a crucial part of a horse’s anatomy because it transmits tension from the muscle to the bone. Commonly injured tendons in horses include the superficial digital flexor tendon (SDFT) and suspensory ligament (SL).

The review shows that the SDFT has limited ability to adapt in mature horses when compared with juvenile horses. “Foals have adaptability in their SDFT and could respond positively to an exercise regimen designed to yield better quality tendons… Given the limited adaptability of the SDFT of mature horses, the risk of SDFT injury has been found to increase with age.”

The review shows that exposing horses to proper training during growth might produce stronger tendons once a horse reaches maturity, especially where the SDFT is concerned.

“Foals with free access to pasture only and foals with free access to pasture along with forced exercise, both experienced an increase in cross sectional area (CSA) of the SDFT but did not experience any differences between treatments. The increase in CSA can be attributed to growth and was greatest during 5–8 months of age, plateauing at about 12 months of age, meaning that the SDFT potentially matures well before the rest of the animal. Ultrasonography found no incidence of tendonitis or injury-related abnormalities in pasture-kept horses or pasture-kept horses with induced-exercise. Unpublished results from this cohort of horses found that there were still no ultrasonographic abnormalities or tendonitis when entering race training at two years of age. If horses do take advantage of spontaneous exercise during pasture access, which young horses often do, developing tendons may benefit and be at lower risk of injury when race training starts.”

In all actuality, the review suggests that injury prevention may have more to do with an owner or trainer’s flexibility with a horse’s training calendar than any set age at which training should begin.

“Someone who is willing to wait to start a horse until it is four years old, is more likely to be willing to give the horse a rest if a problem develops in training… While many professionals do start their horses young, they often do not do so with the knowledge that it is beneficial for bone, tendons, and cartilage. Instead, they likely start horses young in order to have them in top performance by the chosen first race [show] date.”

The review concludes with a statement that the optimal amount of exercise that’s ideal for musculoskeletal strength and performance in young horses isn’t currently known. However, studies do show that lack of loading and confinement “lead to weaker tissues and potential loss of function of bone, articular cartilage, and tendons.” Furthermore, responsible, appropriate levels of exercise during the growth period can “aid in the longevity of animal health and performance.”