To Bute or Not to Bute? 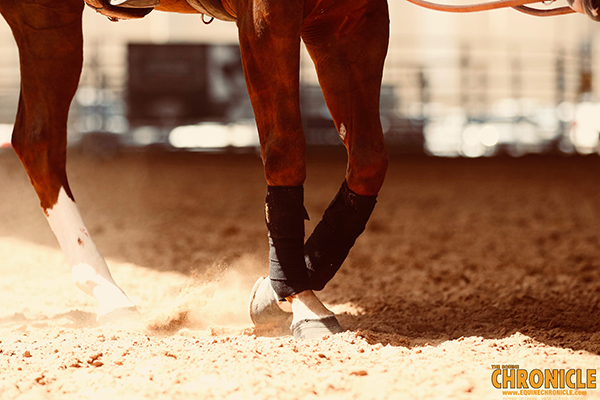 Pros and Cons of Phenylbutazone

Phenylbutazone, more commonly referred to as bute, has a reputation as an overused drug in the horse industry, often administered to horses by their owners without veterinary recommendation. However, bute is quite beneficial in a variety of scenarios if used properly. While it does not resolve every pain-related issue under the sun in equines, it can improve recovery situations or overall quality of life for many. Before we delve into when one should or should not consider bute for their horse, let’s learn a little more about the drug itself.

Phenylbutazone is classified as an NSAID: a non-steroidal anti-inflammatory drug. You’ve probably taken an NSAID yourself at some point. Ibuprofen, for example, is an NSAID that is often used to treat pain, inflammation and fevers. Phenylbutazone accomplishes these same general goals. It was first introduced in the 1950s for the treatment of joint and muscle inflammatory issues in humans. When first marketed, it was intended to be a replacement for cortisone and promised to be a “wonder drug.” It has since been banned for human use in the US and UK after severe side effects and even death occurred (likely from toxicity issues) but it’s now consistently and safely used for both horses and dogs.

Bute is commonly administered to horses as a pain reliever for a host of different conditions: sprains, overuse injuries, arthritis, general lameness, laminitis, and pain resulting from infections or other musculoskeletal conditions. It reduces inflammation and is often able to (temporarily) restore joint function and range of motion. For this reason, it is frequently used in performance horses. It is important to note that bute is NOT a cure for any of these conditions. In other words, it treats the symptom, not the cause.

Ever since bute has been used in competitive performance equines, there have been questions about its fairness, both to the horses themselves and to other competitors. While bute does not directly enhance performance on its own, it can do a good job of relieving pain and masking the effects of injuries, essentially allowing an injured horse to compete or train as his normal self. Another attractive quality of phenylbutazone is how quickly it is metabolized in horses. In fact, the biological half-life was shown to be about twelve times shorter in horses (6 hours) than in humans (72 hours). (Biological half-life is simply the time it takes for half of a substance to be removed from a biological system.) This means bute can be given to a horse fairly soon before a performance with minimal chances of detection. One of the biggest scandals in horse racing involved this drug. It was found in the urine (post-race) of the 1968 Kentucky Derby winner Dancer’s Image. The horse was demoted to last place, and the second-place horse was deemed the winner. This ruling is controversial still today.

Despite all this flak, bute has plenty of legitimate and advisable medical uses. Used intravenously or orally, it can be a very effective method of pain management for many joint or other musculoskeletal issues. Typically, a course of treatment does not exceed 14 days. If a longer course of treatment is needed, lower doses are often administered to avoid toxicity problems. In particular cases, bute may safely be administered daily to improve the quality of life for otherwise healthy horses with soundness issues. Bute is generally safe for foals, too, although particular caution must be taken. Foals out of mares regularly given bute normally do not exhibit any issues related to their dam’s treatment.

Just like with any drug, appropriate decisions must be made considering its administration. As always, please consult your veterinarian. The most common side effect is the formation of gastrointestinal ulcers. For this reason, it is important not to use bute in conjunction with other medicines that may themselves increase the risk of ulcers. Particularly in horses that are more prone to ulcers to begin with, one may elect to use another medication at the same time that is intended to protect the GI tract. More rarely, renal problems or internal hemorrhaging can occur, particularly in horses that are, for whatever reason, unable to metabolize the drug as effectively as others. Side effects are often more present in younger, stressed, or sick horses. Care must also be taken with dehydrated horses. It is also important to re-emphasize that this drug is intended to treat musculoskeletal issues (generally involving joints), so it will not be as effective in relieving pain from gastric issues such as colic. For such conditions, Banamine (another NSAID) is more impactful.

All in all, it’s important to remember to inform yourself about any medications you may use on your equine friends and to create a routine that works for both you and your horses. Taking these factors into account, you and your veterinarian should be able to determine if bute is a good candidate to help your horse recover from an injury or live an overall more comfortable life.

Shelby Glessner is a graduate of Michigan State University’s Animal Science program. She spent an academic year working with renowned researcher Dr. Stephanie Valberg in the Equine Neuromuscular Diagnostic Lab at MSU’s College of Veterinary Medicine and has undertaken extensive science and equine related coursework. Passionate about education, she hopes to pursue a career advocating for research-based practices in animal agriculture.

This will be our last blog post from our great EC Intern, Shelby! If you would like to be considered for a blog position, email B.Bevis@EquineChronicle.com with writing samples and credentials.