The Recipe For Success? Push the Limit Until You Fail 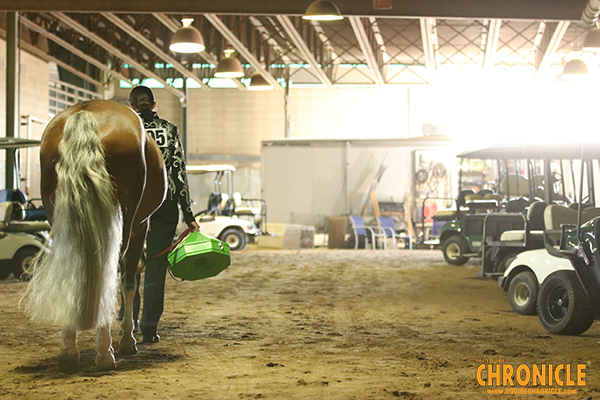 I’m currently reading “Failing Forward” by John C. Maxwell. I had one current theme in my discussions with riders at the recent Youth Nationals, and it was, “Don’t be afraid to make a mistake.”

I don’t think I learned this until I started judging. I realized that certain trainers won consistently, not because their friend may have been judging, but usually because they were really good. The cream rises to the top. They cracked the code. They deserve to be rewarded.

There is a recipe for success, and it’s not a road paved with perfection. It’s a very bumpy road, sometimes paved, often with potholes.

Below are 15 points made in the book, “Failing Forward.”

1. Realize there is one major difference between average people and achievers. The difference is in how they respond to failure.

2. Learn a new definition of failure.

3. Remove the “you” from failure. Don’t take it personally.

4. Take action and reduce your fear.

5. Change your response to failure by accepting responsibility.

6. Don’t let failure from outside get inside you.

8. Change yourself and your world changes.

9. Get over yourself and start giving yourself.

10. Find the benefit in every bad experience.

11. If at first you do succeed, try something harder.

13. Work on the weakness that weakens you.

14. Understand there’s not much difference between failure and success.

Successful people never dwell on past difficulties. If you’re not failing, you probably aren’t moving forward. Prepare yourself to pay the price of the occasional setback in exchange for the progress you’re making. Learn from all your experiences, whether good or bad, because nothing can teach you better than a bad experience. Fail early, fail often, and fail forward.

If you break gait, great, you found the end. If you run and stop, and then it gets ugly, GREAT, YOU’RE ALMOST THERE!
The other side of that failure is your greatest victory.