Super Sires Pays Out $70,000+ in 2019 with Culmination at Quarter Horse Congress 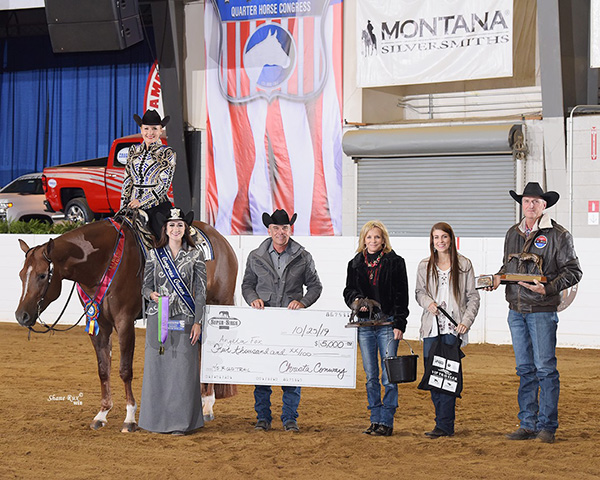 For the first time in 2019, the Super Sires held a special event at the All American Quarter Horse Congress. The inaugural event consisted of three classes:

Angela Fox was in the saddle of HP The Rusty Fox to win the Non Pro Open 4 & 5-Year-Old Trail and a $5,000 payday. Angela also took home a Super Sires Trophy by Cowboy Bronze, Rowdy Silver Champion Buckle, Nutrena Feed coupons, Owl Manor bucket of goodies, and Enviro Equine Products. HP The Rusty Fox is a 2014 AQHA gelding by Mechanic and out of Sheza Pleasure. 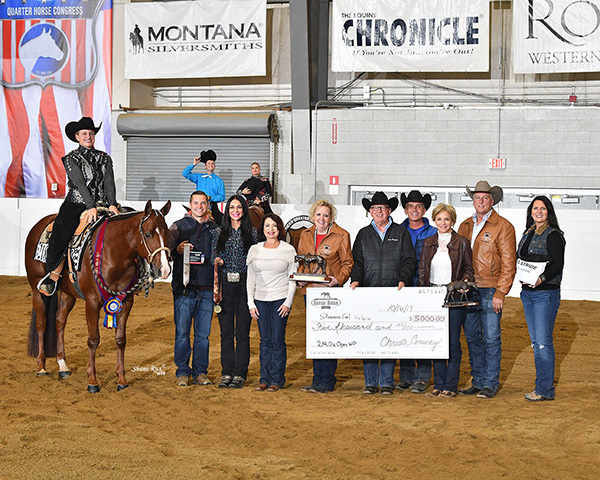 In the Open 2-Year-Old Western Pleasure, Shannon Curl-Holbin rode Southern Whispers, a 2017 mare by Its A Southern Thing and out of RL Whisper Sudden, to win the class and a $5,000 check. She also received a Super Sires trophy by Cowboy Bronze, Rowdy Silver Champion Buckle, Nutrena Feed Coupons, and Enviro Equine Goodies. Southern Whispers is owned by Gumz Farms, LLC.

Coming in second was Rusty Green with Lopin Down The Line, a 2017 mare by Its A Southern Thing and out of Lope The Line. They won $1,120 and Nutrena Feed coupons on behalf of Keith McDonough. 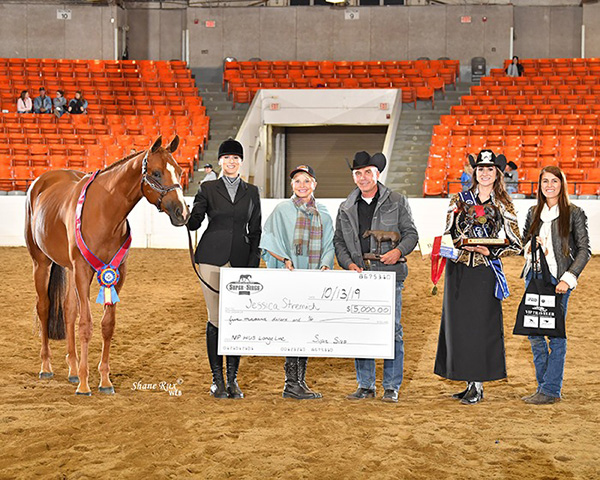 The winner of the Non-Pro Hunter Under Saddle Yearling Longe Line was Jessica Stremich with Willy Sweet Dreams, a 2018 gelding by Willy Be Invited and out of Anotherdreamydetail. They won $5,000, a Super Sires trophy by Cowboy Bronze, Rowdy Silver Champion Buckle, Nutrena Feed Coupons, and Enviro Equine Goodies.

In addition, during The Equine Chronicle Congress Masters event, an award was presented for the 2019 Super Sire Stallion of the Year, which went to Its a Southern Thing, owned by Gumz Farms, LLC. The traveling trophy by Marrita Black will stay with Gumz Farms until next year, and they will also receive a trophy to keep, made by Cowboy Bronze.

In 2019 alone, Super Sires payed out over $70,000 in classes that were held at the Tom Powers Futurity and Quarter Horse Congress. In total, the program has given away over $456,000 in cash and well over $500,000 with prizes added into that total. They’re looking forward to a SUPER year in 2020 with some great new incentives, including a $5,000 prize for the Super Sire of the Year and a stallion incentive, whereby stallion owners will receive 10% of purses won by the stallion’s offspring.

For more information about the Super Sires program, visit https://www.supersires.org.