Still The One: Congress Coliseum Sells Out For Freestyle Reining 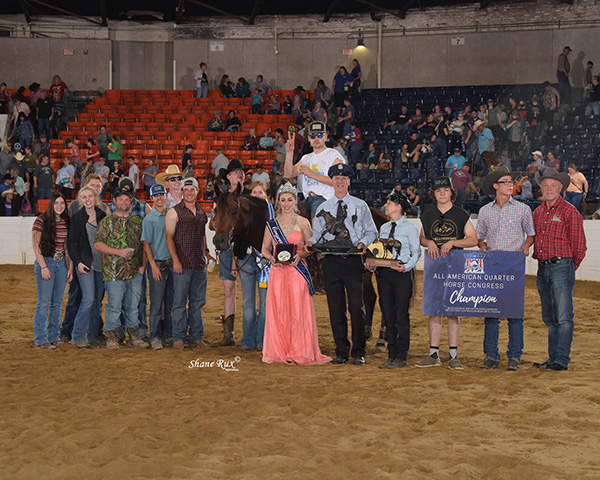 A fan favorite event at Congress year after year is Freestyle Reining, and this year, it was no different. Freestyle Reining sold out 40% faster this year compared to 2019. The event has yet again been sold out since September, including standing room only. With 20 entries, riders competed their choreographed and musical routines in a performance that is regularly compared to the art of figure skating.

The Freestyle event is divided into 2 divisions: the open and the non pro. The open division champion was Benjamin Beckett, riding Xtra Dun Step. Beckett had an amazing, upbeat routine outfitted with jorts (jean shorts) and a cut off beer t-shirt. He had friends outfitted in a similar manor with a beer pong table, keg, and red solo cups as props. He ended his performance by his friends getting chased out of the arena when the cops showed up, and him and Xtra Dun Step getting escorted out of the arena. 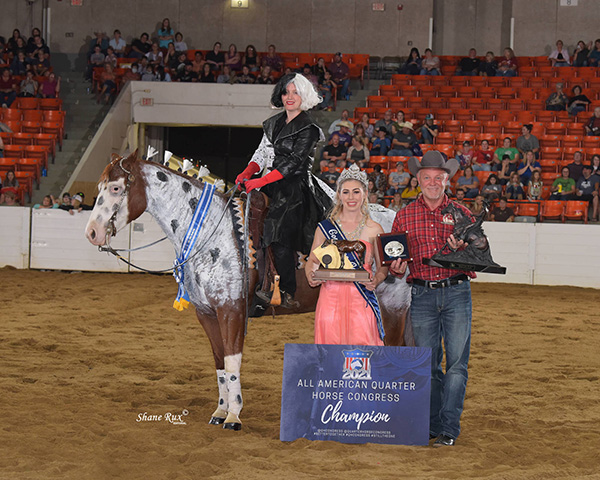 With 10 entries in the non pro, top honors were taken by Gunners Money, shown by owner Katsy M Leeman. Leeman competed with a 101 Dalmation-themed routine, even taking some time to pass out mini dalmations to the crowd.

The 2021 Congress Queen was also crowned during the intermission of the event, with Darcy Woods from Ontario Quarter Horse Association being crowned! Once again, the Freestyle Reining was a success and everyone is counting down until next year!