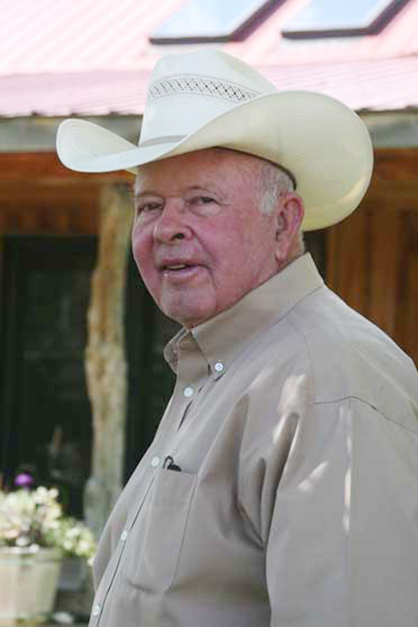 Dr. Haywood “Woody” Bellingrath Bartlett died Sunday, June 13, 2021 in Montgomery, Alabama, after a life well-lived.
Born June 6, 1937, he was 84. Woody’s father expected him to follow in his footsteps and become a doctor, but Woody had his own plans and set out on a path to become a veterinarian.

He loved the cowboy life and enjoyed sharing that life with others. Upon earning his undergraduate degree from the University of Alabama he spent a short time in the U.S. Army before his acceptance into Auburn University’s School of Veterinary Medicine. He gained a sense of appreciation for pedigrees and breeding from Mr. Pete Reynolds, who bred American Quarter Horses for more than 70 years. His first mare was a three-in-one package purchased for $500. And from that mare he built a legacy breeding program that won him the 2016 Zoetis AQHA Best Remuda Award for producing outstanding Quarter Horse bloodlines since 1958.

Early in his career he owned his own mobile veterinary practice but as his horse and cattle operation grew, he focused that practice on his own animals and started a local hardware and feed and seed store, The Feed Lot in Pike Road, Alabama. He held a Biannual sale which became known as a place to purchase quality home-raised weanling and yearling fillies and 2-year old, started geldings as well as aged, experienced ranch horses. Woody looked forward every year to the colt-starting clinic held around his birthday and loved entertaining the many cowboys who came to assist along with potential buyers, friends and local ranchers.

With fresh cattle from his Alabama ranch at the ready, he launched into breeding and buying cutting horses, with many of his early broodmare acquisitions purchased from the King Ranch and other Texas-based breeding facilities. He later expanded his ranching operations into a 10-mile by 40-mile range in Chugwater, Wyoming, where he began infusing his long-standing ranch horse herd with cutting horse blood. Woody was intent on breeding versatile Quarter Horses with good bone and good minds and he was fascinated with every colt crop. The cutters that did not make his show horse program in Texas began to be sent to the ranch as broodmares, as did some of the stallions. The list of famous cutting horses in his ranch horse herd is vast, with the likes of Playgun, Dual Rey, Metallic Cat, Peptboonsmal and Handle Bar Doc blood flowing through their veins. Quick Henry, an AAA-AQHA Champion and money earner on the track, in halter and in reining was the base of his broodmare band on the ranch. He sired 54 AQHA performers from halter to racing. Quick Henry lived to a ripe old age of 36 and is buried on the ranch in Pike Road.

It was the spring each year when the colts hit the ground that excited Woody the most, and you could usually find him riding around the ranch perusing and cataloguing all the new foals. He also loved to show the Auburn University veterinarians what could be done outside a sterile clinical environment, inviting Auburn teachers and students to help with the colts every year. He was especially interested in the large animal veterinary programs at Colorado State University as well as both Auburn University and Texas A&M.

Woody also was a pilot, and late into his life he still flew a Stearman, a Piper Cub, a Cessna as well as a Navy T-6 Texan World War II Aircraft.

Additional survivors include his border collie and constant companion, “Bob” B. Bartlett, and his beloved gelding, Cats A Cowboy “Little Cat.”

A celebration of his life will be held at 755 Old Carter Hill Road in Pike Road Alabama on July 24 at 5 p.m..