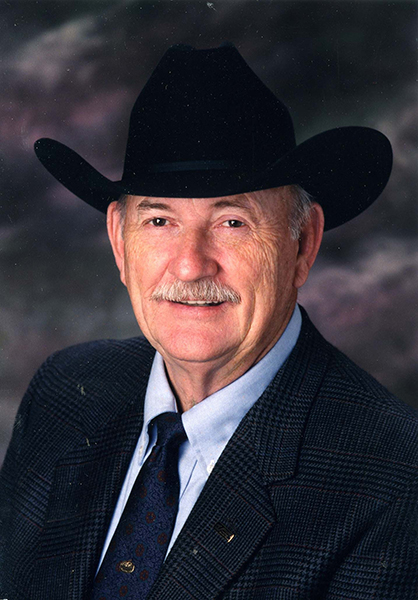 The South Carolinian bought his first Quarter Horse in 1966, a 2-year-old gelding named Scarlet Heel.  The lanky southerner showed the gelding some, but his first real show horse was Jungle Gardenia.  Smith bought the mare in 1969 and showed her in western pleasure, cutting and halter.

Smith soon had a passion for cutting.  He bought some Doc Bar horses to show, but his first good cutting horse was Hank’s Lasan.  As a novice rider, Smith won a three-state competition with Hank’s Lasan.

The cutting enthusiast was involved outside of the show pen, too.  Smith joined the South Carolina Quarter Horse Association in 1966 and served on its board of directors for 40 years.  He was also president of SCQHA for two years.

Smith was elected an AQHA Director in 1978, and served on the show and contest and judges committees.  He chaired the judges committee for three years and was a member of the racing council.

Smith was elected president of AQHA in 1999, and after his year of service, he returned to serve on the judges committee. He was a longtime National Cutting Horse Association member and NCHA director, as well as being a judge AQHA and NCHA.

Smith was inducted into the American Quarter Horse Hall of Fame in 2006.

Further details and service information will be posted when they become available.

The family has asked that gifts in his memory be made to the AQHF general scholarship endowment at www.aqha.com/donatetoday or checks may be mailed to AQHF, P.O. Box 32111, Amarillo, TX 79120.