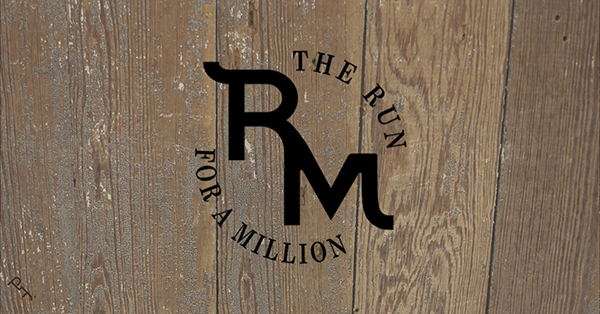 The 2019 Run for a Million Invitational was the biggest—and richest—event in reining history, boasting more than $1 million in payouts and a select field of top talent. Taylor Sheridan, an APHA member, Paint owner and creator of “Yellowstone,” created this premiere event in conjunction with his new show on Paramount Network, “The Last Cowboy.” The unscripted series features some of the top reining trainers and their journey to the Run for a Million, which took place August 15–17 at the South Point Arena and Equestrian Center in Las Vegas, Nevada.

The main event, the Run for a Million Invitational, featured nine of the reining world’s most successful professionals and three wild-card participants vying for a $500,000 prize. Andrea Fappani, Casey Deary, Shawn Flarida, Jordan Larson, Franco Bertolani, Jason Vanlandingham, Craig Schmersal, Tom McCutcheon and Duane Latimer were the event’s invitational riders, with Abby Lengel, Cade McCutcheon and Matt Mills as the wild card exhibitors. Even though the Run for a Million has already taken place, the results will not be released until a later date on “The Last Cowboy.”

In addition to the Run for a Million Invitational, the schedule included an open $100,000 Open Championship, a Rookie Championship, the $500,000 Non-Pro Championship and the $50,000 Freestyle. The Top Five riders in the $100,000 Shoot Out finals have a guaranteed spot in the 2020 Million Dollar Invitational. Many Paint Horses took top spots at the competition, bringing in cash for their riders and owners; they included:

Tied for third: Shes Got Good Guns & Cade McCutcheon By Colonels Smokingun and out of A Bueno Poco Dunit (QH)Earned $11,164.85

Sixth: Phantom Face Dunnit & Craig Schmersal By Pale Face Dunnit and out of Gorgeous Like A Star (QH)Earned $8,015.79

Tied for 10th: Masked Gun & Franco Bertolani By Colonels Smokingun and out of Dun It For Chex (QH)Earned $2,862.78

Tied for 10th: Blo Gun & Martin Muhlstatter By Colonels Smokingun and out of The Hot Jewel (QH)Earned $2,862.78

Champion: Cashing Black Chex & Addisyn Lyn Schmersal By Big Chex To Cash and out of Blazing In Black (QH)Earned $310.05
$50,000 Freestyle

Third: Always A Specialnite & Daphne Foran By Colonels Nite Special and out of Always A Dunit (QH)$7,089.71

Sixth: Babys Got Blue Eyes & Kirstin Booth By Spooks Gotta Whiz and out of One Stylish Chic (QH)$3,817.54

Reserve champion: Designed With Shine & McKinnon Lacrombe By Smart And Shiney and out of Taris Designer Genes Earned $9,462.94