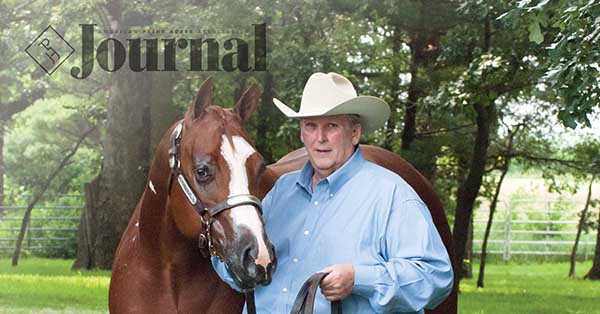 Larry was born on June 22, 1939 in Belmond, IA. He moved with his family from Latimer to the family farm west of Sheffield in 1940. He attended the Sheffield Community School graduating in 1957. He enlisted in the Marine Corps immediately after graduation and spent his military duties based in Hawaii and California quickly rising to the rank of sergeant. After the service he returned home to the family farm feeding cattle and raising hogs and horses, where he resided for 79 years. On June 20, 1965 he married Nancy Ann Gross, Thornton. To this union, three children were born: Jason, Matthew and Jennifer.

While working on the family farm he had a chance to pursue his love of horses for over 50 years and ran a successful Paint and Quarter horse breeding operation. He served as a director of the Iowa Paint Horse Club for many years. He was an APHA lifetime member and national director from 1983 to 1996, serving on several committees during that time.

In 2014 Larry was inducted into the World Conformation Horse Association’s Hall of Fame. Over his lifetime the horses from his farm earned over 200 national, Congress and world championships, plus countless other prizes and awards.

Throughout his life he enjoyed hunting and especially collecting Winchester guns. He spent as much time as he could fishing and enjoying leisurely days at the family cottage on Leech Lake, Minnesota. He spent happy retirement years in north central Texas with his dog Gabby surrounded by beautiful pastures of horses and cattle and visiting friends in the horse industry whom he had known throughout his life.