In Loving Memory of Sensational Blonde 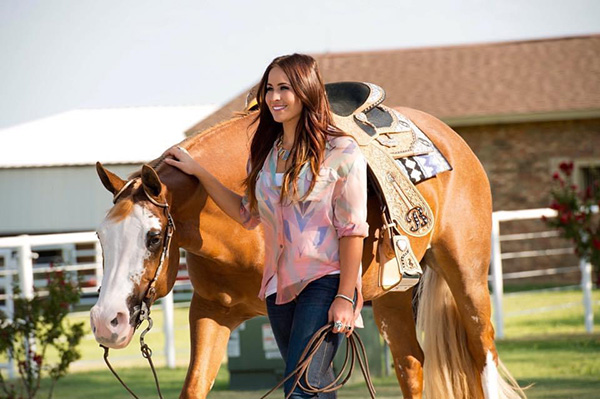 It is with great sadness that we regret to relay the news of the passing of an icon on the APHA show scene- the multiple World Champion earning mare, Sensational Blonde. Chelsea Bain and her family purchased “Barbie” in 2006 when she was just four years old.

“Barbie and I were so lucky to get to do so much together,” Chelsea says. “We received the number 1 title in 2008 and 2009. Also, we won 13 World Championships and six Reserve Championships together. She’s won Open Trail, was Reserve in 2-Year-Old Western Pleasure in 2004, and won the 3-Year-Old Challenge in 2005 with Sara Simons. My mom, Renee Jobe, won Parents Western Pleasure with Barbie in 2006.”

There are so many amazing memories that Barbie and Chelsea shared, but there is one particularly fun moment that took place at the APHA World Show the year Chelsea turned 21 years old. “It was my 21st birthday and Andrea Simons convinced me to show Barbie in Bridleless Western Pleasure, which seemed crazy, but it was such a fun class to show in. We were Reserve!”

Chelsea believes it was Barbie’s happy attitude and true love of the show pen that enabled her to have such success over the years. “I think there’s lots of factors as to why she was successful for so many years,” she says. “A big one is that I truly believe she loved showing and that she was the happiest horse. She never seemed to age. Another factor would be that the Simons took such good care of her. She always had everything she needed, including apple wafers!”

In addition to devouring her favorite apple treat, Barbie loved attention and being around her favorite people in the barn. “I’ve never known a horse with so much personality. Barbie was always nothing but happy, whether it was at home just riding around, or in the show pen. She loved doing her job, and she definitely knew when she did it well. She used to do this thing where she flapped her lips, just for her own entertainment it seemed like, and it made me laugh every single time.”

“The vet told me, while I was in Texas a few days before we had to say goodbye, that the girls were brushing her and she was, per usual, flapping her lips together. Til the end she was her hilarious, beautiful self.”

Longtime trainer, Sara Simons, remembers teaching Barbie the finer points of Showmanship and Horsemanship when the mare was only two years old, a sign that hinted at the incredible future she would have as an elite all-around horse. “I think her success was due to her mind,” Sara says. “She picked up everything super fast and didn’t resist anything in training. At a young age, we got a pretty good idea that she would be a great all-around horse for Chelsea.”

Sara’s fondest memory competing with Barbie came during their win in 3-Year-Old Open Western Pleasure at the APHA World Show, when Sara was still an amateur. “At that time, in 2005, I was still an amateur, and that was the first time that I was able to be competitive in the open division. She increased my stars a lot. Riding a horse like her will do that. She helped me to be competitive in the open division well before I gave up my amateur card.” 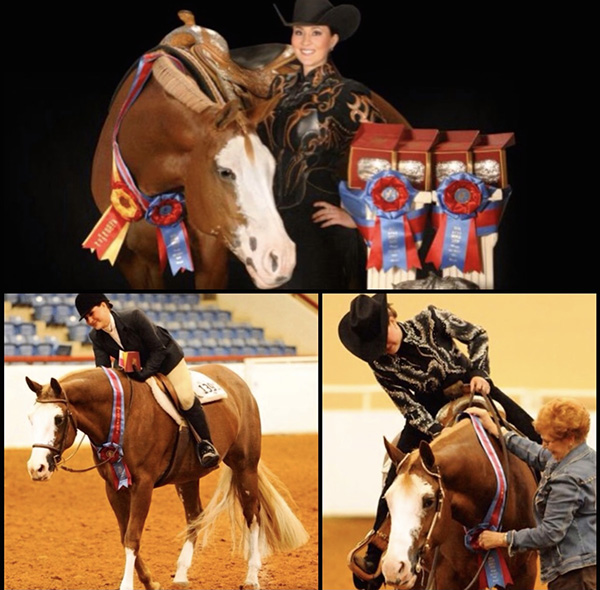 Barbie was retired after the 2018 Paint Horse Congress. “We had an amazing show together, but just felt that it was time, and more than earned,” Chelsea says. “She’s been hanging out at Simons Show Horses playing in the pasture and even found herself a BFF. They were nearly inseparable.”

Barbie was 18 years old when she passed away. She was laid to rest at Simons Show Horses where she spent most of her life. She was buried next to her father, Zippos Sensation, and the first horse Chelsea bought from the Simons, Sonnys Cayannecraz.

“Barbie changed my life. I learned so much from her,” Chelsea says. “She literally was my dream horse, and I’m so grateful to my family and for Sara Simons for allowing me to own and show her. There will never be another horse like her, and no horse could ever hold such a big place in my heart. She was more than a horse, more than a teammate, and more than a friend… She was family. Until I see you again my sweet girl, my best gal, all my heart.”