In Loving Memory of Multiple Congress and World Champion, Not Just Anyhoo 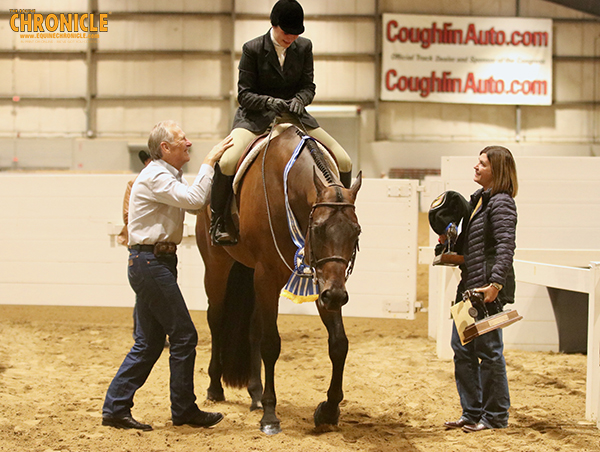 Rebekah’s final performance with Horton at the 2019 Quarter Horse Congress.

Our sincerest condolences go out to Rebekah Kazakevicius and family following the sudden passing of her beloved, multiple World and Congress Champion gelding, Not Just Anyhoo, aka “Horton.” Rebekah and her accomplished, 2012, AQHA gelding by Hot Ones Only and out of Skys Strawberry had just come off winning Amateur Hunter Under Saddle at the Congress in what was to be their final performance as a team before he headed home to Florida to enjoy semi-retirement.

Rebekah’s mother even had plans to show Horton as Rebekah would direct her attention to her two, new prospects coming up at Highpoint Performance Horses. Sadly, Horton was involved in a trailer mishap during the trip and had to be euthanized.

Horton has been cremated and will be buried alongside fellow greats at Highpoint in Texas. “When they have a horse die, they plant a memorial tree in their honor,” Rebekah says. “That’s pretty comforting, because he lived his whole life there. They trained him and showed him and loved him as much as I did. It’s only fitting that he gets to go back there.” 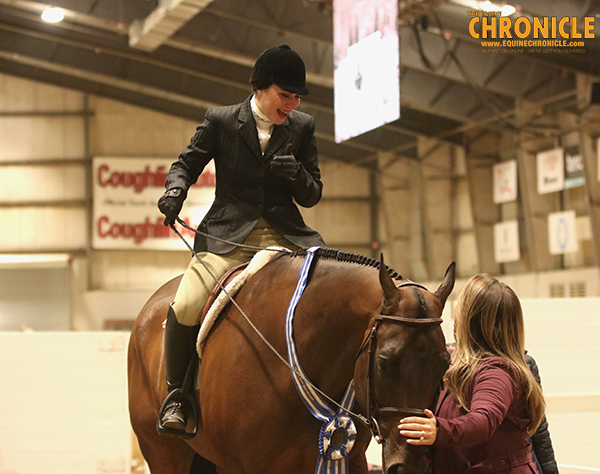 “I’m just thankful none of the other horses were injured. We can’t change anything. It was just a complete freak accident with no one at fault. It hasn’t set in yet, but he will be missed so much.”

It was certainly a special moment for Rebekah to win her final Amateur Hunter Under Saddle class at the Congress in her final performance with Horton, a class she’d won three years in a row, in the past. “We didn’t bring him up to the Congress last year, because we thought, ‘How do you follow up that?’ He didn’t have anything to prove.” It was certainly a special occasion, because both Rebekah’s mother and father were in attendance. “It was really kind of emotional, because I knew it was the last time I’d planning on showing him.” 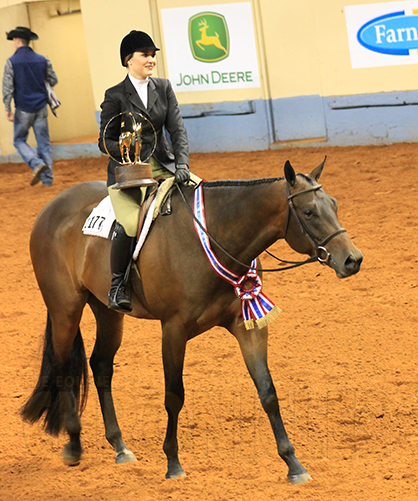 Actually, Rebekah hadn’t even planned on showing Horton at the Congress this year at all. “We didn’t go to the Congress last year, because we were working on World Show preparations, and we didn’t show hardly this year at all, except for at Del Mar. Really, we just sent him to the Congress for Beth Case to show him in Senior Hunter Under Saddle. That was the only class that he hadn’t won yet. But, he hadn’t been shown in it either. He’s won the two-year-old, three-year-old, amateur, and junior, so we thought we’d go for the senior. Then, he was Reserve, but since he looked so great, I decided to show him in the amateur once again, since I knew it would probably be the last time.”

Horton has had a long and storied career with Rebekah in the irons. Rebekah actually purchased Horton from Jason Martin in June of his 2-year-old year. From there, the pair started winning titles immediately. They claimed three titles at the NSBA World Championship Show that year. Then, Beth Case was in the irons for a Reserve Champion finish in the Two-Year-Old Open Hunter Under Saddle Stakes at the Congress and Rebekah won the non-pro division. In the years that followed, Horton racked up numerous accolades including NSBA World Championships, AQHA World Championships, Congress Championships, and a Congress All-Around Horse win. In addition to Hunter Under Saddle, Horton also found success in Pleasure Driving with Charlie Cole and Hunter Hack with Ryan Painter. 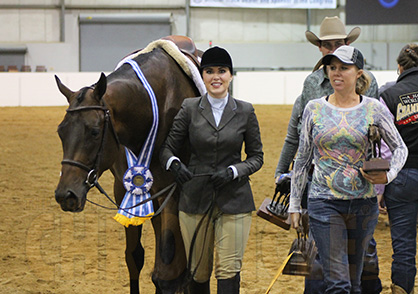 “You kind of left him alone, and he did his job,” Rebekah says. “Beth is so great with all of her horses, because they get done being ridden early in the morning, and they know their jobs, and get turned out the rest of the day. Then, they come back inside and get baths. He had a great life.”

Rebekah’s favorite thing about Horton was his brave and unflinching demeanor. “My favorite thing about him was that he was always ready to go in first in a big pen, like at the Congress. It takes a really brave horse to shoot through that gate in front of the crowd and be out there all alone. I will never forget how it felt to ride him at the Congress. I had almost a whole lap in there by myself, and it was the coolest feeling ever because he was such a great trotter.” 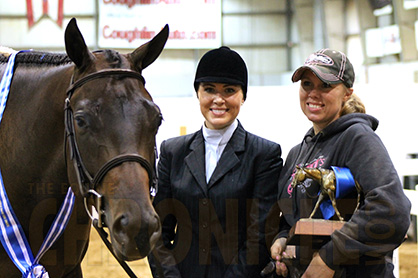 Following the news of Horton’s passing, friends, family and just fans in the industry have reached out to extend their condolences, and that has meant a great deal to Rebekah. “I can’t even explain the outpouring of love that I’ve received. So many people have reached out to me, after I shared the news on my social media. It means more to me than I could ever express. He had so many fans, which I didn’t realize.”

“As an owner, you know that you love them, but there are so many people who have let me know how much they loved and were attached to him as well. I had one person tell me that the reason she got into riding Hunt Seat horses is because he’d followed his career. That affected me pretty hard. I did Beth’s Hunt Seat demonstration at the Congress and people came up to us afterwards and wanted to take pictures with him. That’s when I really realized how special he was to other people. He set the bar pretty high.” 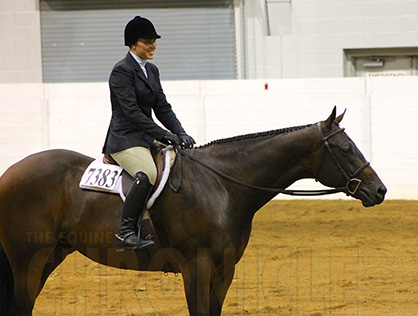 Click here to read articles we’ve written about Horton over the years. 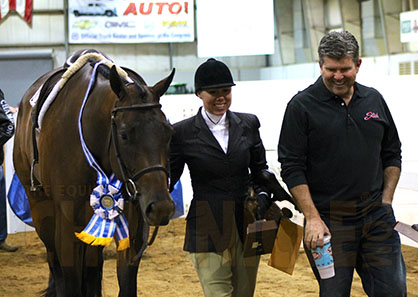 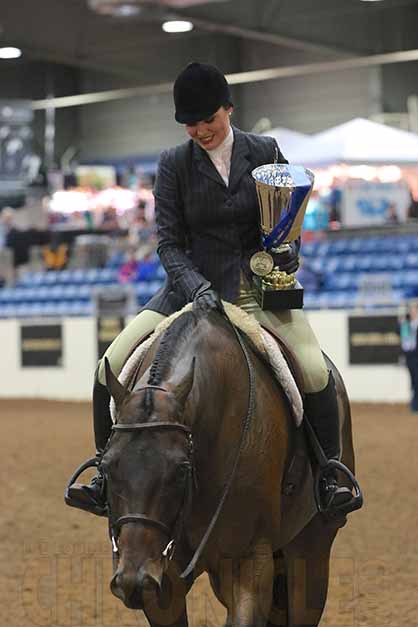