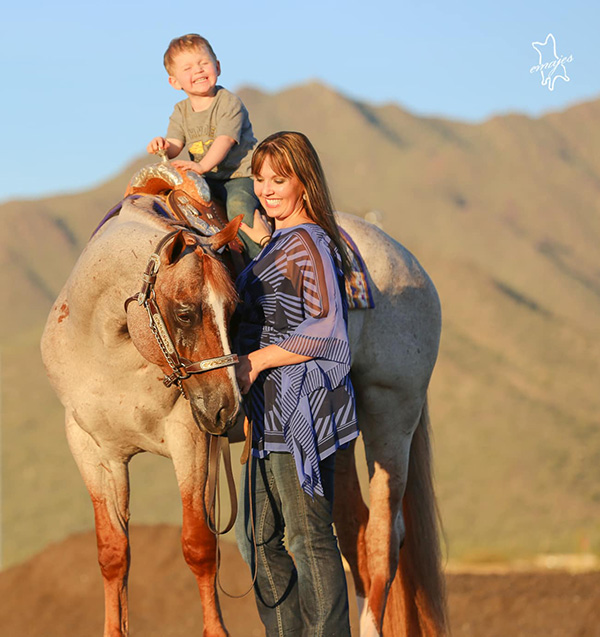 Although we’d like it if our beloved animals could stay with us always, the sad fact is that we can’t keep them here forever. Normally, we have plenty of time to enjoy their company, form lifelong bonds, and fulfill dreams and goals together. But, sometimes, they’re taken away before their time, and we don’t understand why. That was certainly the case with HP Primetime, the 5-year-old AQHA gelding belonging to Kaleena Weakly that was laid to rest following the Quarter Horse Congress this year.

HP Primetime, aka “Super Coop,” was a red roan, VS Flatline-bred gelding that Kaleena had owned for three years after purchasing him at the AQHA World Show in 2016. “I was kind of horseless at the AQHA World Show that year, and Jason Gilliam called me and said to come out to the outdoor pen because he had found my new horse,” she says. “He was riding him around over Trail poles, and he looked like he’d been doing it forever. Of course, Jason Martin and Charlie Cole owned him, and he had been shown at the Congress as a two-year-old. Brad Ost jumped on him after Jason got off, and he did a lead change for us. It was beautiful. That was that.”

During Cooper’s three-year-old year, Kaleena was pregnant with her now toddler, Knox, so trainer, Jason Gilliam, took the reins to prepare the horse for the 3-Year-Old Trail at the Congress. After claiming that title, they focused on adding more events when he turned four in the hopes of him becoming Kaleena’s next great all-around horse to follow in the footsteps of “Blondie,” formally known as Hours Yours and Mine. 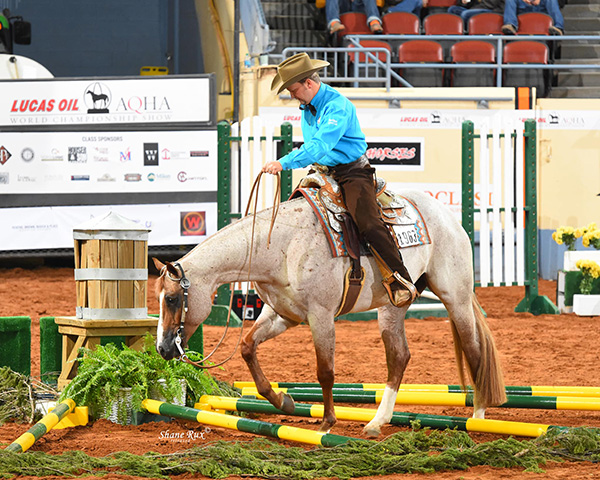 “During his 4-year-old year, we started gradually adding classes,” she says. “I loved to show him in Horsemanship, because he was so slow-minded and took everything in stride. He didn’t anticipate anything, and he wasn’t naughty. My favorite ride with him was at the NSBA World Show when we were Reserve in Amateur Horsemanship. He gave me another winning ride at the AQHA World Show when we were ninth in Amateur Horsemanship. He was the winner in my head. He was so great.”

“Also, last year at the World Show, he tied to be Reserve in Junior Trail, which was crazy because he’d been back sore all week. We let him rest in his stall, and Jason did a one-minute warm up the night before. Then, he showed him cold turkey that morning, and he was amazing.” 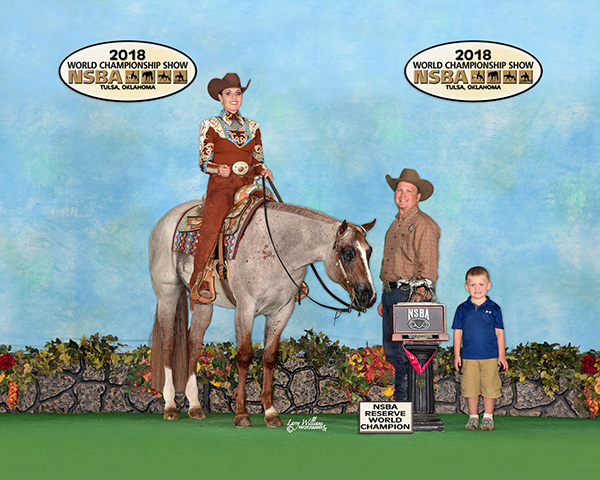 In addition, Charlie Cole piloted Cooper to win Green Western Riding and earn a Reserve Championship in Junior Western Riding that year at the Congress.

Not only was Cooper turning into a promising all-around horse, he was a barn favorite with Kaleena’s young son, Jax. “Jax showed him all last year at every show we went to in Leadline. I didn’t realize how attached he was until this year when we started taking my new horse, Farmer, to shows, and he was asking when Cooper was coming back. He was so excited to go to the Congress, because he knew that Cooper would be there.”

Sadly, shortly after Cooper showed at the Congress, he had to be euthanized due to severe complications that had arisen as the result of an accidental injury. The entire Weakly clan is saddened that Cooper will not get to live up to his full potential, but most of all that they have lost a member of the family. 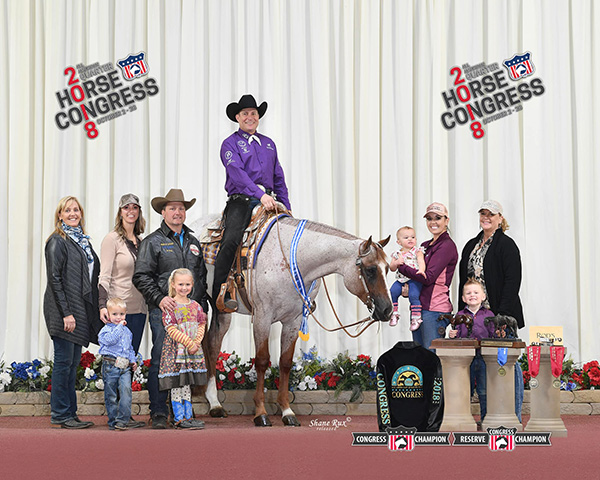 Looking forward to happier days, Kaleena is excited to show her 14-year-old gelding, Don’tskipmygoodimage, aka “Farmer” in Amateur Showmanship, Horsemanship, Western Riding, Trail, Equitation, and Halter at the upcoming AQHA World Show. In other exciting news, Blondie has had a baby! “Blondie had her first baby, a bay filly by No Doubt I’m Lazy. Blondie is hanging out at Richland Ranch and her baby, which we named Phoenix, will be a yearling next year. Her show name will be Blondetourage.”

Our sincerest condolences to the Weakly family following the loss of Cooper.