In Loving Memory of Glowin Easy 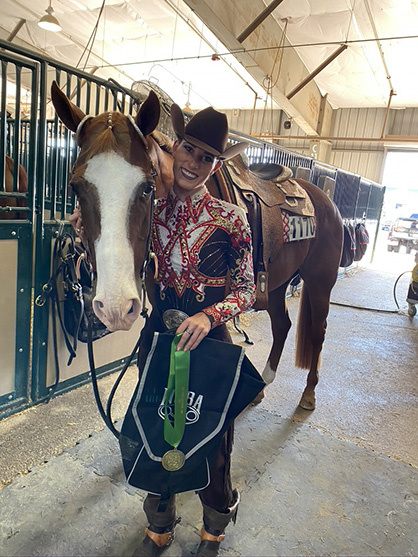 There’s never been anything short about Shorty, especially his story.

When Shorty came into my life, it was a whirlwind. In 2009, I went to the Texas Classic to find my very first, real show horse. We tried a few here and there, but there was one with a beautiful flaxen mane and tail, a big white blaze, a copper penny coat, and big, soft brown eyes that just swept the ground when he loped by. Little did I know that it was Shorty, or Glowin Easy, as many knew him, nor that he would become my best friend.

When I first walked up to this big, beautiful sorrel, he stuck his head as far as he could out of his stall to say what I thought was hello, but he really just wanted his neck scratched. From then on, Shorty was known as Jeffery, “Jeffery the Giraffe,” because he would stretch his neck up, turn his head sideways, and shake his little lip while you scratched him.

Soon after, Terry Cross walked him out of his stall, and I hopped on him for the first time. Really, I never told Shorty what to do. On that very first day, he showed me that he knew who he was, what his job was, and he knew it better than I. I was 11 years old and didn’t know much else except that Shorty and I were going to be partners for forever. 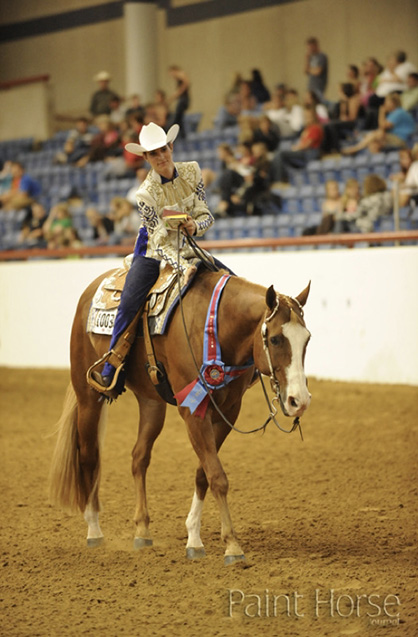 Later, it began to storm. I soon discovered that the 16’1 hand horse that was prancing underneath me hated storms, and he hated them for the next 12 years. As Day 1 came to a close, Day 2 began the rest of our lives together. He was mine and I was his from Day 1.

No one had a clue who I was, but everyone knew Glowin Easy- the beautiful sorrel with the big blaze and flaxen mane and tail that could out lope anything you put in front of him. Shorty absolutely loved to show, but his favorite class was Western Pleasure. Each time I went in, he would listen for the walkie talkie of the ring stewart. I’m still not sure how he heard it, but he would prep himself for his next gait. By the time the actual announcer had said what the next gait was, Shorty had already rounded himself up and was ready for me to ask him, if he hadn’t already changed gaits himself. I would barely put my feet in, and he was loping like nothing I’d ever felt.

He knew how to show, and he knew how to put the charm on. Every time we showed, his ears were forward, and he walked in as if he was the winner, which he was most of the time. He never gave less than 1,000%. When the placings were announced, as soon as he heard Glowin Easy, he would walk forward on his own to show everyone who he was. 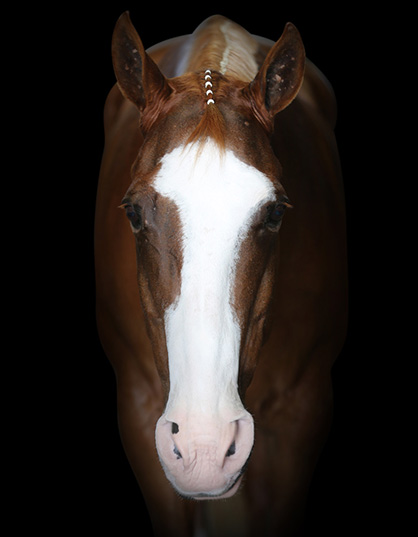 In 2009, we won our first Congress Championship together in Novice Youth Horsemanship 13 and under. It was our first Congress together. From 2009 to 2011, Shorty was unstoppable, from Western Pleasure and Horsemanship to Trail, Showmanship, and Equitation. Shorty did it all. He had countless all-around titles to his name from shows such as the Redbud Spectacular. In 2011, when I was 15, we went to the APHA World Show. Seven World titles later, six back to back with two in Western Pleasure, two in Horsemanship, two in Equitation, and one in the trail with an all around title and a reserve all around title, Shorty had made his mark. It was a mark that to this day, has not been met. No one had ever won back to back World titles and swept that many events in their age group that many times in one week.

We exited one finals and walked right into another. The experience was more than we could have ever asked for. In 2012, Shorty retired at 16. For the next eight years, he ate grass in my pasture, and we went on adventure after adventure. He learned to swim and went on trail rides, always finding the closest fence line to lope along. It wasn’t until 2020 that we had this crazy idea. What if, after eight years, we went to one last show together? Stronger than ever, Shorty stepped into the pen at the NSBA World Show and was 6th in Color Amateur Horsemanship. It was his one last mark made to show the world that Glowin Easy was still hard to beat, even at 24.

Shorty was my heart horse. He was the only horse I ever wanted to ride, and I was the only person he was ever excited to see. He was quirky; he was grumpy; he was kind; he was a true diva; but he was my Shorty, and I was his Alex, his little girl for 12 years. It was never about the awards or the titles. Shorty was a showman, a true competitor, and he wanted everyone to know it. I was the little girl who was able to go along for the ride. 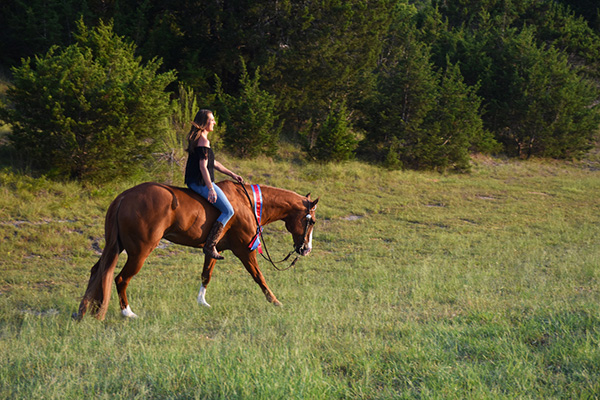 Without my parents, Reid Thomas, Blake Weis, Terry Cross, and the Chant Family, I would have never been able to have had the privilege of being Shorty’s little girl. Terry and the Chant Family, thank you for allowing Shorty to take me under his wing. Reid, there are no words for the thanks Shorty and I owe you for all the lessons, love, and success that we all achieved together. Without my parents, Mikie, Brad Jewett, Carey Nowacek, Michael Hunsinger, Cassie Adams, Fossil Creek Equine, and Dr. Jerome Kotzur, Shorty and I never would have been able to show one last time together. Thank you all for the love and support that you showed this once in a lifetime horse and myself.

It’s never goodbye. It’s always see you later. To my Shorty, it’s never easy to see someone you love so much go, but thank you for making me into the woman I am today. At 23, there are so many dreams, adventures, and lessons that never would have been without you. There will never be another Glowin Easy. I will never love another horse, another best friend, as much as you. One day, I will see you again, and we will lope along a fence line together for forever; just Alex and Shorty, exactly how it always was.

Until then, all my love, Alex