In Loving Memory of Certainly A Blaze 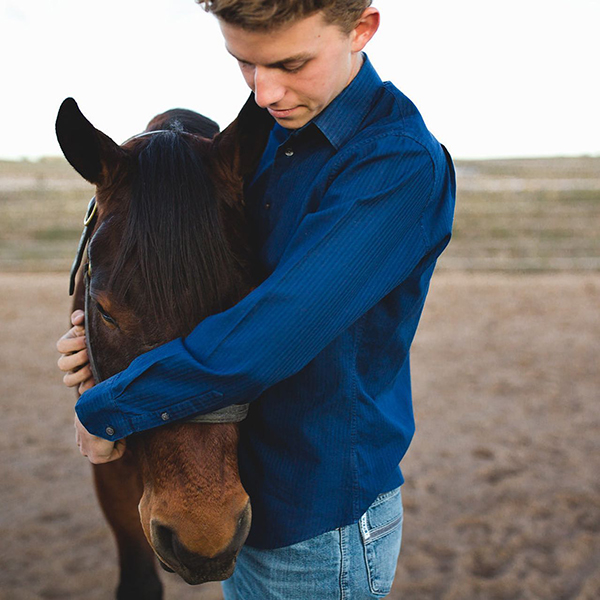 Our sincerest condolences go out to the McDowall family following the recent passing of an accomplished show partner, friend, and family member, Certainly A Blaze. Our readers will likely remember “Blaze” due to his multiple World and Congress Champion titles in classes like Horsemanship and Western Riding.

Klay McDowall and Blaze had been a team since the summer of 2013 after he was acquired from Highpoint Performance Horses. Over the next six years, the two would form a partnership that would be hard to beat in the Western All-Around arena.

“We did Horsemanship, Trail, and Western Riding,” Klay says. “Our favorite was Horsemanship, by far, because Bruce was naturally very quick and responsive, and Horsemanship allowed him to be as quick and fast as I could keep up with.”

“One of my favorite things about our partnership was how connected I felt to him while riding. It was a feeling of trust and teamwork that I don’t have with many other horses, or even people.”

That partnership was put to the test numerous times throughout their career when the slightly accident-prone gelding would get himself into trouble. “Bruce had a tendency to get sick and hurt himself and thus required lots of time off from practicing during the four years I got to show him. In 2016, he had a particularly long recovery period, and I was a little bit worried that we would lose our excellent partnership or that it would take a very long time to get it back. However, the first day I got to ride him, after his month long hiatus, it felt just like the last time I rode him before it all began. The connection that we had immediately returned, and it was as if we had not missed a beat. This was one of my favorite memories with Bruce, because it really sums up our relationship. No matter how many setbacks we had and how much time apart we had to spend, we still had that bond.”

Another fond memory for Klay didn’t happen in the show pen with a World Champion ribbon draped around the neck of his beloved partner. It took place during another one of Bruce’s hospital stays.

“It hadn’t been too long after a recent surgery, so he was still all bandaged up and attached to an IV,” Klay says. “One of his favorite pastimes was dunking his face in the water and splashing as much as he could. This was how he passed the time in recovery as well. While visiting him in the hospital and seeing him all bandaged wasn’t a very fun time, I’ll always remember him making a massive mess with the water and having fun despite where he was!” 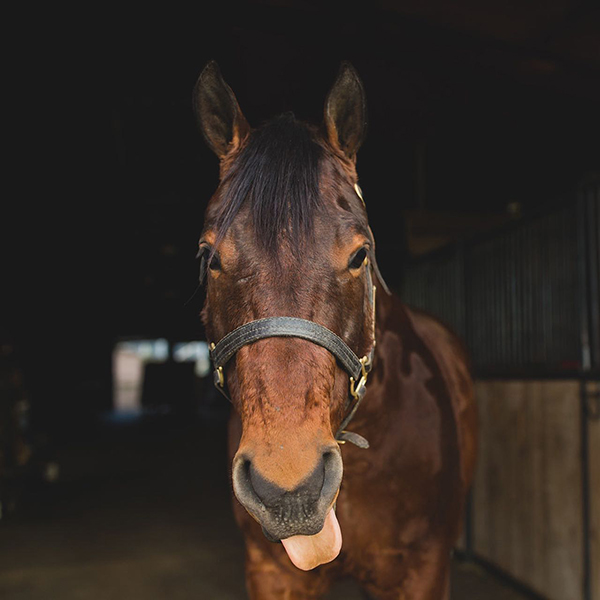 It seemed as if Bruce always knew when he needed to pull out a little bit extra at the big shows and he always delivered. “Bruce was my most trusted companion. Nearly every time we went in the arena at the big shows he performed perfectly. Thus, one of my favorite and most memorable times with Bruce was showing him at the World Show and the Congress because it was almost like he knew what a big deal it was. He performed so well that it took away all the stress and made it very fun! Especially any Horsemanship pattern with big, fast circles… those were our favorite!”

Bruce was by Blazing Hot and out of Certainly A Classic. Throughout the 13 years he spent on this earth, he worked with many different trainers, but the last six years were spent with Kelly McDowall and Danette Watson. “I would like to thank my Mom, Dad, Claire, and Danette for working so hard to give Bruce the best life he could have and loving him almost as much as I did. Also, I would like to thank everyone at McDowall Quarter Horses for treating Bruce as the king he was. I’m so grateful to them all for helping Bruce live an excellent life!”

Although spectators would often see a polished performer in the show pen, the McDowall barn truly knew what a jokester Bruce really was behind the scenes.

“He was all quirks. Many people saw the Bruce that entered the arena and looked totally calm and easygoing. However, in reality, he was crazy, but in an excellent way. The best example of this came after we turned him out in the pasture. We had just returned from a long, successful, horse show run and the seemingly calm Bruce pranced with his tail in the air, screaming for his friends all the way to the pasture. Then, he would take off sprinting as soon as he was let go.”

“Another good quirk he had was his ability to get into mischief. We were at a horse show in Colorado one time and, during the night, Bruce managed to open his stall door and proceeded to run around the fairgrounds and eat his share of hay. He was easily found the next morning, but we definitely kept something on the stall door to keep him from opening it from then on!”

Not only was Bruce a wonderful friend, trusted partner, and all around fun guy, he was there for most of Klay’s childhood and helped to teach him valuable lessons.

“Bruce helped define so much of who I am. Basically, he and I grew up together. Therefore, he taught me so many lessons that I still use today. However, there is one that was especially impactful. One of the most important things to keep in mind while getting ready to show Bruce was to stay calm. Even if things weren’t going well in the warm up pen, if I got nervous, he would get even more worked up than normal, which would result in a catastrophe in the arena. Thus, I had to work hard on staying very calm and relaxed, even when I was very nervous, in order to keep him calm and relaxed. This skill has helped me tremendously, not just in showing horses, but in school, interviews, etc.”

Click on the links below to read more about Klay and Bruce’s accomplishments over the years.