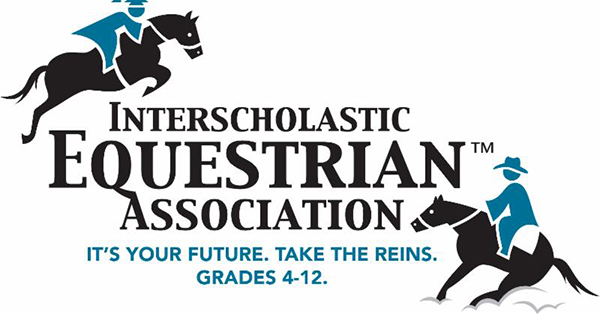 The Interscholastic Equestrian Association (IEA) 2021 Western National Finals will be held during the American Paint Horse Association (APHA) World Championship Show in Fort Worth, Texas from June 30 to July 1, 2021. APHA is a Member Partner of the IEA.

Billy Smith, APHA Executive Director thought it a good idea to have the youth riders of the IEA to show their talents along with the APHA youth equestrians in separate, but complimentary, competitions during one of the world’s largest equestrian events.

APHA will play host to approximately 160 of the IEA’s top Western riders in grades 4-12 who will compete in Reining and Western Horsemanship classes. Over the course of the two-day National Finals, which is nestled within the APHA World Show dates of June 25 – July 11, 2021, spectators will be introduced to the draw-based competition format used by IEA where riders are randomly assigned to an unfamiliar mount and then asked to perform with zero practice time. Horses are generously provided by local professional barns, IEA teams, and university programs. More than $8,000 in scholarship awards will be presented at this National Finals to qualifying seniors.

In order to qualify for National Finals, IEA Western riders compete in as many as six regular season competitions across the Country between August 2020 and May 2021 both as individuals and on teams to secure the minimum number of points for a Regional Final. Top placing teams and riders from Regional Finals are then invited to National Finals.

New at this year’s IEA Western Finals is the addition of required Horsemanship Patterns within the rail classes for the top three levels in Open, Intermediate and Novice for both individual and team competitions. Previously, individual patterns were only used in the Open level at Finals. In 2019, IEA began introducing optional horsemanship patterns for the lower-level classes to give riders additional opportunities to build skills in preparation for the upper-level Reining classes. In the IEA Horsemanship, riders perform on the rail first and then are asked for their individual pattern.

For many years the IEA Western National Finals were held during the NRHA Derby Week in Oklahoma City. Gary Carpenter, NRHA Commissioner and former IEA Board member, endorsed the move to move to the APHA Show. Carpenter said, “While we enjoyed hosting the IEA Western Finals for many years and will miss them at the Derby, combining Youth-riders from multiple organizations is a fun way to demonstrate the vitality of our sport.” Carpenter also confirmed the NRHA will remain a major sponsor of the IEA Western Finals. NRHA is a Member Partner of the IEA.

Roxane Durant, IEA Co-founder/Executive Director stated, “We are so pleased that two of our major Western Member Partners collaborated and developed such an exciting opportunity for our IEA Western riders. This is a great example of support for the mission of the IEA—introducing youth to equestrian competition and the fun had by the riders. We very much look forward to this new opportunity with APHA and are envisioning the most ‘colorful’ Western finals ever.”

Now in its 19th year, the IEA has nearly 14,000 members across the United States riding and coaching Hunt Seat, Western and Dressage disciplines. The non-profit (501(c)3) IEA was organized to promote and improve the quality of equestrian competition and instruction available to middle and secondary school students (grades 4-12) and is open to public and private schools and barn teams. There is no need for a rider to own a horse because the IEA supplies a mount and tack to each equestrian for competitions. Its purpose is to set minimum standards for competition, provide information concerning the creation and development of school associated equestrian sport programs, to generally promote the common interests of safe riding instruction and competition and education on matters related to equestrian competition at the middle and secondary school levels. For more information, please visit www.rideiea.org.

The American Paint Horse Association is the world’s second-largest international equine breed association, registering more than a million horses in 59 nations and territories since it was founded in 1962. APHA promotes, preserves, and provides meaningful experiences with Paint Horses. For more information, please visit www.apha.com