I Was Hit by Lightning and it Changed My Life 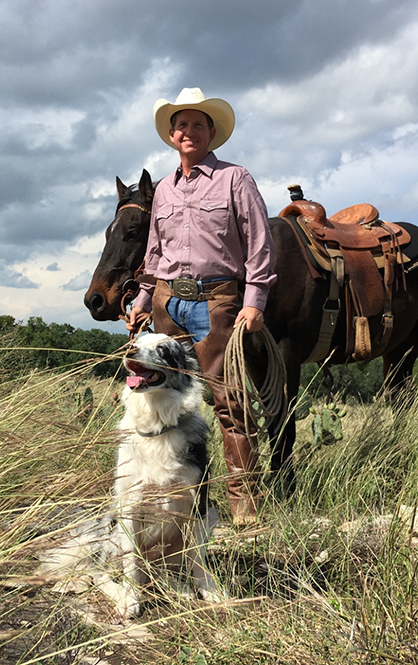 The National Oceanic and Atmospheric Administration has a saying, “When it roars, go indoors.” This reference to recognizing a boom of thunder as a signal to take shelter is well-understood. When the sky fills with clouds and a menacing storm clouds darken the horizon, it makes sense to head indoors.

But, there was no thunder, no rain, and nary a cloud in the sky, when AQHA Professional Horseman, Scott Knudsen, was hit in the head by lightning while holding his one-year-old daughter, on his ranch, fifteen years ago.

“It was a sunny, very special day in July,” Scott says. “I was at the barn holding my one-year-old daughter on her birthday. My wife was standing right next to me. We could see some clouds off in the distance, but we didn’t think it was threatening to us. Suddenly, it was.”

“Lightning strikes can travel up to 15 miles. That’s what happened. Without warning, lightning struck in front of my wife, went in my head, and out of my hand. It wrapped around my daughter. Meanwhile, our pipes literally came out of the ground. Horses were all over the place running. It was chaos. The lightning blew out the TVs and appliances in our house, 300 yards away!”

Thankfully, Scott’s daughter escaped the ordeal unscathed. But, both he and his wife experienced some negative side effects from the electrical current. “We were truly blessed,” he says. “I was holding my daughter in my left arm, which is where the lightning traveled. My wife did have some after effects with her vision and hearing. She’s fine now. As for myself, I experienced a number of many negative effects from the strike. I had memory issues, burns on my head, water in some major organs, and lost fillings in my teeth. Even so, there were positive aspects.”

According to a 2020 article by Prevention.com that interviewed ER doctors about the health effects of being hit by lightning, side-effects range from mild to deadly. Injuries can include burns, shock, trauma, stroke symptoms, muscle weakness, sensory loss, spinal cord weakness, difficulty thinking and concentrating, brain damage, and death, (Prevention.com, 2020) 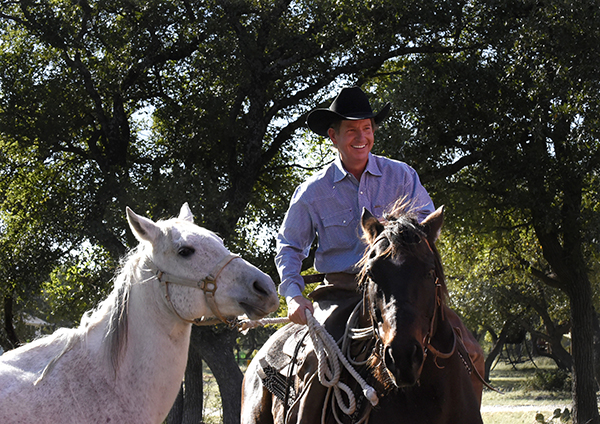 The severity of injury is associated with the type of lightning strike sustained. A direct strike is most often fatal. A contact injury can occur when lightning strikes an object that a person is touching. A side flash happens when lightning bounces off a nearby object and onto an individual. Ground current can travel into a person when the electricity strikes the ground nearby. A streamer is categorized as a strike that comes up from an object located near the ground, when the air is charged with electricity. A blast injury can happen when the thunder-like sound of lightning can cause eardrums to rupture or blunt trauma if a person is thrown to the ground, (Prevention.com/2020). In Scott’s case, after the strike, he also had to re-learn how to read and write.

According to the National Weather Service, the odds of being struck by lightning are 1 in 15,300, so Scott and his family are in that rare group. Furthermore, the Centers for Disease Control and Prevention estimate that 32% of lightning strike injuries occur indoors. Still, when the skies darken and a storm rumbles your way, the best thing to do is to head inside. However, in Scott’s case, there wasn’t much that could’ve been done to prevent this peculiar lightning strike from happening.

“It was a warm, sunny, summer day,” he says. “The clouds were some distance away.  If there was even a chance of bad weather or rain, we would’ve never been outside. It was my daughter’s first birthday, and we were first-time parents, so we were very careful. The only way to change an outcome is to change the process that leads to it. Had we known there was any potential weather situation, we would’ve stayed inside the house. For sure, my one-year-old wouldn’t have been outside or at the barn.”

Still, the experience has certainly reinforced Scott’s respect for the awesome power of nature. “I’m acutely aware of the power and unpredictability of weather,” he says. “I’ve been on ranches all my life, but the respect I have for it now is much greater. A positive mindset and taking the offense—figuring out what you can do—is key to survival.”

“I strongly believe that a negative experience can create a positive one, if we allow it to. As opposed to running away from what happened, we embraced it. We created our family brand, the Lightning K, that’s now everywhere- on our trucks, trailers, and horses. The lightning experience helped make us stronger. If something [bad] does happen to you, hopefully, it will help to hear my story. If I can turn [this experience] into a positive, then others can. I’m alive, my wife is fine, and my daughter was literally surrounded by a powerful lightning bolt, but she was untouched. We created a brand from that experience. We get to be on the road talking about the story and meeting wonderful people all around the country.”

During his travels, Scott likes to talk about his view of the horse as being a “personal weather alert system.” “When you’re out riding, especially when there’s no cell service, listen to your horse,” he says. “They pay attention to all the little details. When you’re riding, you can feel a horse getting tense. Their body gets tight, they elevate their necks, and their ears start twitching. What they’re doing is trying to figure out what’s going on and alerting the other horses, and us, too, if we listen.”

“Nature is amazing. When I ride, I always put my faith in the horse. That brings us closer together. I would rather ride an alert horse than one that doesn’t pay attention. An alert horse will keep you out of trouble. They have a sense for danger, whether that’s an actual predator or the weather. I trust my horses and rely on them as valuable partners.”

Treating the experience in a positive way has allowed Scott to meet some incredible people. He’s a fifth-generation cowboy who is headquartered at the aptly-named Lightning K Ranch in Fredericksburg, TX. He and his family own Knudsen Equine Center, Knudsen Horses, and Knudsen Cattle Company. He’s an AQHA Professional Horseman and AQHA Ambassador. He has a background in the business world as a Fortune 50 award-winning national sales rep, and he’s the host of Cowboy Entrepreneur, a show that explores the entrepreneurial spirit of trainers, farriers, rodeo stars, Hollywood filmmakers, and Olympic athletes.

“It was very serious and could’ve ended my life, as well as that of my wife and daughter,” Scott says. “While I know how serious it was, I embraced it. Our whole family did. We used it as a learning opportunity and a way to meet more people and build our business. I didn’t want to let the weather win. I wanted to.”