European Commission Clarifies Studbook of Origin with AQHA and DQHA 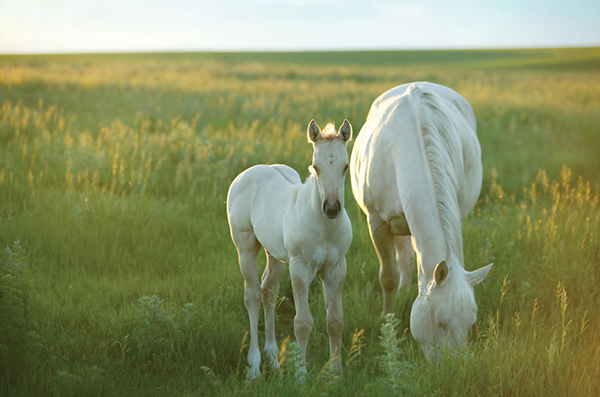 As a result of this meeting, DQHA signed a statement of intent to modify its breeding program to become a daughter studbook of AQHA. DQHA indicated, per the statement of intent, its commitment to take appropriate steps to secure a vote by its membership and make application to modify its breeding program to the Bavarian competent authority by May 1.

AQHA and DQHA announced this commitment to a shared path forward at the recent AQHA European Summit, which hosted representatives of 18 European affiliates, in Rome, Italy. Breeding societies in Austria, France and Hungary currently operate daughter studbooks of AQHA, and additional EU affiliates are working through approval processes with their competent authorities to establish recognized breeding programs.

“The response to the announcement at the European Summit was resoundingly positive among the affiliates in attendance,” said Anna Morrison, AQHA chief international officer. “As the studbook of origin for American Quarter Horses, AQHA has successfully protected data related to the registration, ownership and membership records of millions of American Quarter Horses and hundreds of thousands of AQHA members since 1940. AQHA wishes to maintain the multi-decade relationship with DQHA as a daughter studbook and in alignment with its obligations as an AQHA affiliate.”

History About the Studbook of Origin

Questions regarding this article can be directed to international@aqha.org.