EC Question of the Week – Most Embarrassing Show Moments Part 3

We recently asked our readers what their most embarrassing show moments had been, and they answered in a big way! Here is Part 3 of the series. Get ready to read on for a good laugh! 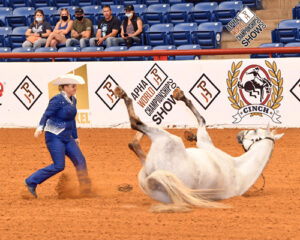 APHA World Show 2021. My horse reared up and flipped over backwards in the showmanship! Best photo ever. (Photo credit Larry Williams) 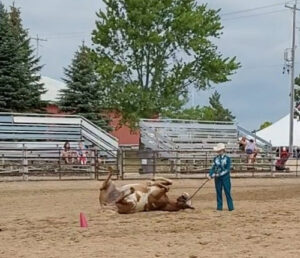 Does it need an explanation?

I was in Hunt Seat and my horse, who never spooked at anything, leaped from the rail to the center of the arena in 2 leaps. I ended up literally sideways on his barrel. He stopped just shy of the judge and I basically looked up at the judge, put myself vertical and continued the class. The judge just smiled. I should have gotten credit for essentially sitting sideways on him, defying gravity. 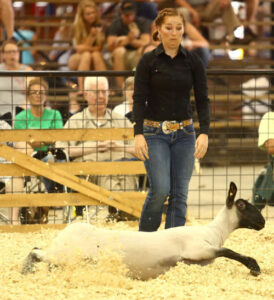 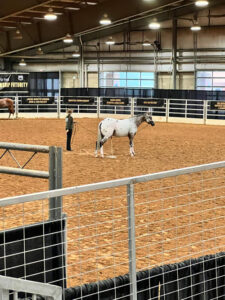 NSBA NP western LL 14th to go in the first cut..He couldn’t have gone in all the time we were waiting on the rail? Nope!

Not me but my daughter riding Mr Sunny Conclusion in Sr Pleasure at the National Western. Had an amazing go first direction reversed & backed & he threw his head down bucked & bellered in place. She set her spurs he stopped & loped off like a champ. Judge would have never known if he hadn’t exercised his vocal cords. 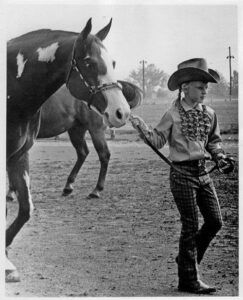 After this pic horse rolled in the nice soft dirt, Dee held the lead, stood at attention, horse got up, shook herself off, she stood her up and continued to the judge and stopped. 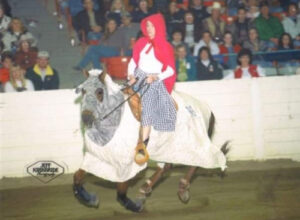 Bridle broke during the freestyle reining at the Congress. It let loose from the bit, but no one including me knew how bad it was because of his costume. He ran a pattern on his own before he whoaed up. Leading him back to the stalls in the dark with his adrenaline was a treat. We bought the picture to prove he wasn’t a crazy run off.

Drive 5 hours to horse show. Prepare for showmanship. Trot cone A to Cone B. At cone B completely forget the rest of the pattern and just make something up. Under 4 judges, too. 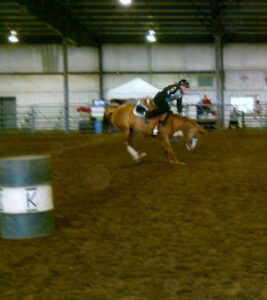 My worst was showing my AQHA gelding at Harrisburg one year. We started our walk to the first judge and he decides he’s not a QH, but a Lipizzone (sp)and leaps in the air, I was shocked I held onto his lead. Judge must have been impressed though, he went grand under that judge! 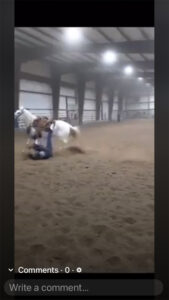 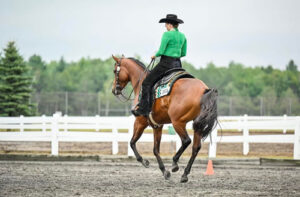 My mare got too happy doing a lead change! Lol

Daughter walked to judge in showmanship and horse stretched his neck and stuck tongue out in judge’s face!!! 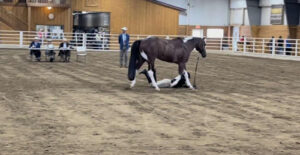 My horse rolled in the arena after winning blue in showmanship. 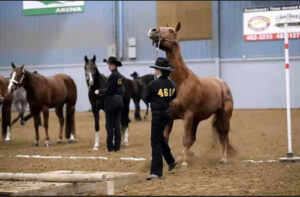 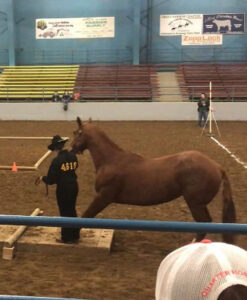 She wouldn’t go over the bridge even though we had practiced a lot with other bridges. 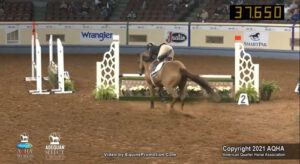 Fell off at the WORLD SHOW! 😭😂 I laugh now but at the time, I was so embarrassed and heartbroken. (Use permission by Farnam/AQHA.)

At an APHA show in Northern CO my showmanship pants were a little too big and fell down while trotting to the judge. I kept my composure though 😂 but was DQ’d. Note to self – always have an extra belt on hand haha. 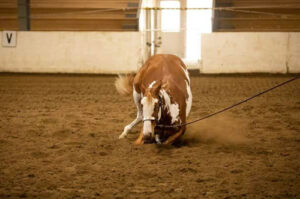 First time showing Longe Line for both of us, the ground was freshly drug and he just couldn’t resist!

Ha! I can top all of you. I have Crohns Disease and presenting to the judges in showmanship. I pooped myself. I was always tossing the lead rope to someone in my group and trotting to the potty. 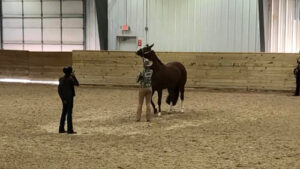 Lead rope in the mouth turned into tug of war 🤪.

Thankfully no pictures of when my showmanship pants fell down! 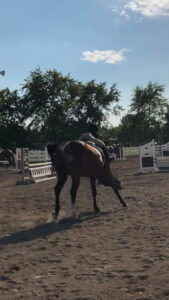 One of the kids wanted to take my gelding in the big ring for the first time….he wasn’t happy and i thought we would need to perform an exorcism. 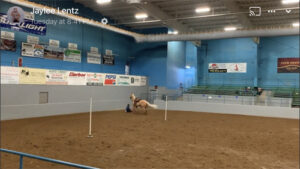 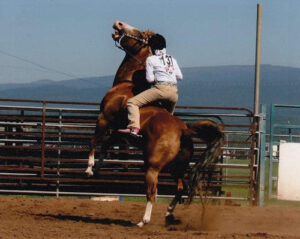 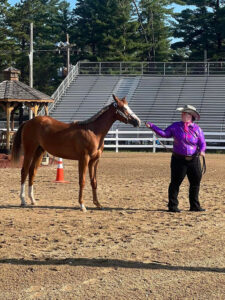 My yearling filly at her first show wouldn’t trot off in her halter class after the judges checked her teeth. She froze and the judges thought it was her first time ever having the chain under chin (which it wasn’t we practiced for months at home first).