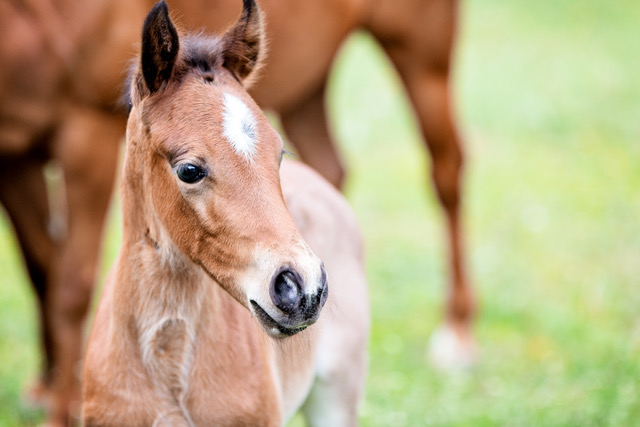 Male horses are generally castrated to make them easier to manage. Traditionally equine castration (or gelding) has been carried out at the yearling stage (c6-18 months of age). The procedure may be delayed in the hope that doing so will allow the colt to grow more.

A recent study at the National Research Institute for Agriculture, Food and Environment, France, assessed theimpact of very early castration of foals on their morphological and behavioural development.

Juliette Cognie and co-workers compared the effect of early castration at 3 days of age and traditional castration at about 18 months.

The study used 22 male Welsh ponies from an experimental herd and included foals born in three consecutive years. A report is published in the Equine Veterinary Journal.

Eleven ponies were castrated as neonates (ie within three days of birth) and 11 as yearlings /18 months of age. All were castrated using a primary closure technique under general anaesthesia.

The researchers report that no mare rejected her foal after surgery, and neither did any foal show any behavioural problems – such as refusing to suck – after recovery from the anaesthetic.

The research team followed the ponies’ progress until they were three years old.  They recorded weight and body size measurements – initially monthly until 8 months of age, then less frequently. Behavioural assessments were carried out when the ponies reached one- and three-years of age.

Overall, the researchers found no significant differences in temperament or physical development between horses castrated as neonates and those castrated as yearlings.

They conclude “early castration at 3 days does not interfere with morphological or behavioural development.”

Early castration in foals: Consequences on physical and behavioural development.