Diet and Laminitis- No Link to Fructan 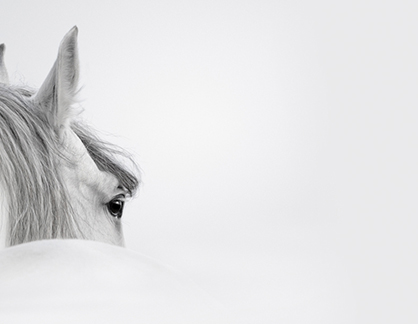 Horses and ponies, donkeys and mules, may develop laminitis on diets based on either hay or pasture. The cause isn’t fructan. It isn’t hind gut acidosis. Here’s the science.

Laminitis is linked to high insulin in metabolic syndrome horses on a diet too high in sugar and starch.

The AAEP’s Laminitis Working Group did a four-year study with the goal of identifying laminitis risks. Other than diet, Equine Metabolic Syndrome (EMS) pattern obesity, known EMS or Pituitary Pars Intermedia Dysfunction (PPID), and use of corticosteroids within 30 days were identified. All relate to EMS and elevated insulin.

A 2006 field study performed by a group from Virginia Polytechnic Institute, followed a herd of 106 mixed-breed ponies on pasture for a year, performing pasture analyses and monitoring the ponies using proxies of insulin resistance they had developed from the results of intravenous testing. They found both prior laminitis and development of acute laminitis correlated well with indicators of insulin resistance. There was no increase of fructan in the pasture when laminitis cases appeared, no indication of diarrhea or hind gut upset.

In a 2016 study, Menzies-Gow, et al., followed 446 animals on pasture over a period of three years. They found the most reliable indicator of risk of laminitis was basal insulin levels. Also significant were low adiponectin and high-insulin response to dexamethasone. Fructan does not increase insulin. There was no indication of the diarrhea or hind gut upset that accompany fructan overload.

A 2019 study by de Laat, et al., looked at 301 cases of naturally occurring laminitis and found EMS and/or PPID in 94%. They were also careful to point out those that did not have elevated insulin at time of testing may have been reflecting their current diet, rather than their state at the time of acute laminitis. No diarrhea or other indication of hind gut distress was reported.

There are many other studies and they all come back to insulin. Very large doses of pure fructan by stomach tube — a highly unnatural scenario — can experimentally cause laminitis by resulting in extreme hind gut acidity, damage to the intestinal lining and absorption of bacterial products, in the same way gorging on grain can. This hind gut upset is accompanied by diarrhea, septicemia, and fever. These horses are clearly sick. None of that happens with naturally occurring laminitis.

Not only are there zero documented cases of high fructan in pasture causing laminitis, the levels of fructan naturally found in a whole day’s worth of eating pasture grasses almost never come even close to the amount needed to cause laminitis.

Could laminitis-prone horses be more sensitive to fructan?

Nope. Borer, et al. (2012), found virtually no insulin response to fructan in ponies, whether they had a past history of laminitis or not. Crawford, et al. (2007), fed a moderate fructan dose to normal and laminitis-prone ponies and looked at the changes in fecal pH and fermentation products. They found that pH and fermentation products did change, but none of that was reflected in blood levels so wasn’t absorbed. There was also no difference in documented changes between normal and laminitis-prone ponies.

Only simple sugars — Ethanol Soluble Carbohydrates (ESC) fraction on analysis — and starch can increase insulin. Those two things should be less than 10% combined [ESC + starch less than 10%] for at-risk horses.

The greatest danger in perpetuating the fructan myth is that owners will rely on supplements designed to control pH or alter hind gut fermentation to protect their horse or pony from laminitis.  They won’t help if your animal is in the high-risk group with endocrine disease, which accounts for 94+% of laminitis cases.

There are no magic-bullet supplements to protect from laminitis. Only an appropriate basic diet can help. Seasonal warning: PPID/Cushing’s Disease can cause high insulin and sensitivity to sugar and starch. An unexpected, first-time episode of Fall laminitis can be the very first sign of PPID – long before the classical coat changes.

Started in 1999, the ECIR Group is the largest field-trial database for PPID and IR in the world and provides the latest research, diagnosis, and treatment information, in addition to dietary recommendations for horses with these conditions. Even universities do not and cannot compile and follow long term as many in-depth case histories of PPID/IR horses as the ECIR Group.