Competing at the Congress and Leaving With a Fiancé 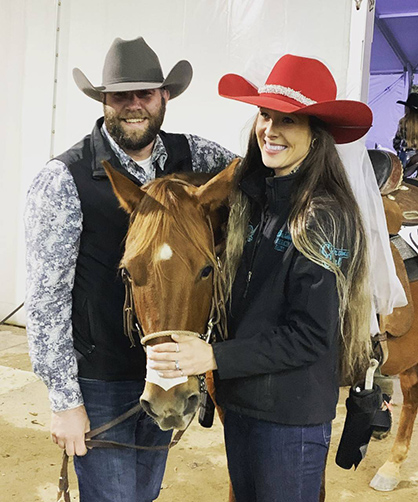 Elaine Kelley from Warren, OH has always dreamed of competing at the Congress. This year, she decided to make it happen! 2021 would be her year to compete at Congress for the first time in Amateur Barrel Racing.

Her horse, Pandy, had a slight injury the Friday before her run, so they had to play it by ear to see if she would actually be able to compete. Saturday, Elaine went in and made her run. She stated that it wasn’t record breaking, but it was clean and her horse stayed sound. She could finally say that she was able to compete at the Congress.

But another dream of Elaine’s was about to come true as well.

Jon O’Neil, her boyfriend, had plans of his own. He said that he was worried that Elaine and Pandy wouldn’t be able to make their run on Saturday. By the grace of God, the stars aligned, and she was able to run down the alleyway. Being that she was able to make her run, his plan was 95% complete; however, he still didn’t have an exact idea of how he was going to pop the question. Pandy is normally a “fire breathing rocket donkey” when she comes out and hates to stand still. Jon thinks she knew what was up. As Elaine took off the horse’s first three boots, he saw his window of opportunity. He told her that he’d get the last boot (they were new, and we all know how well that new velcro sticks!). 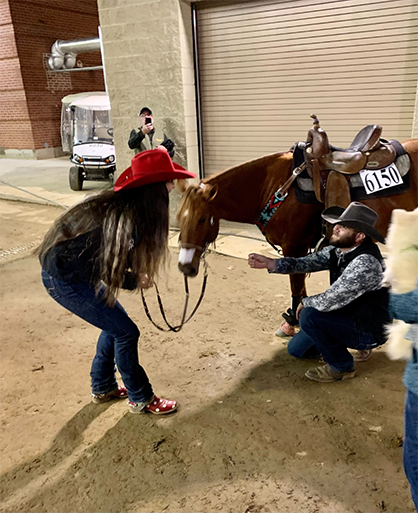 “It couldn’t have been any more perfect. I was able to make the run of dreams, and now I get to marry the man of my dreams. Congress 2021 will be one I will never forget.” – Elaine Kelley

“It couldn’t have gone any better, given all the circumstances. Can’t wait to see what the future for us holds! Maybe some peewee riders down the road?” – Jon O’Neil 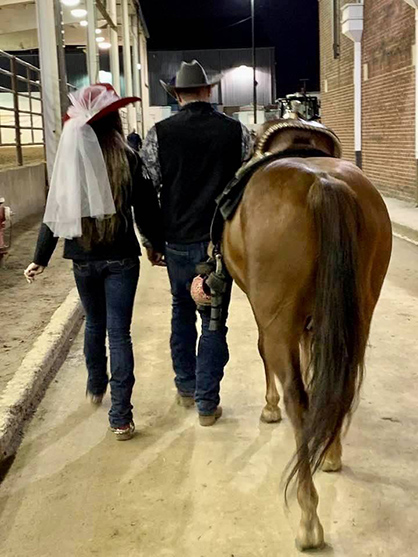