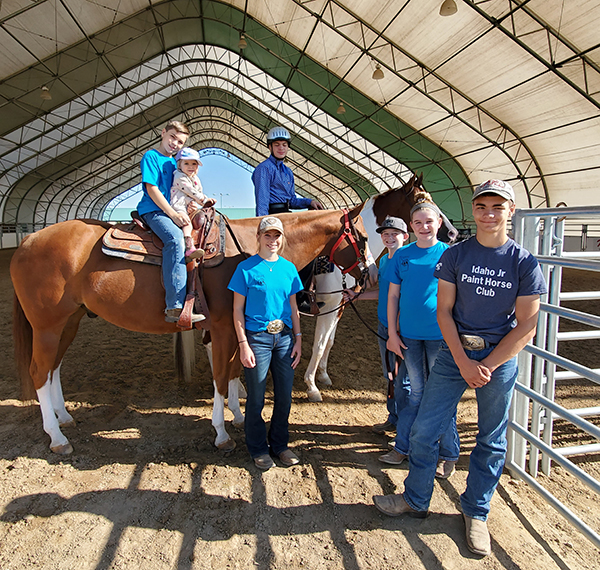 APHA’s Zone One show had their first ever CHAMPS show this past week in Nampa, Idaho. It was held in conjunction with the Zone One show and was judged by Ann Jones. Challenged Horsemen and American Paints, or CHAMPS, is a program offered by APHA that gives equestrians with disabilities a place to show off what they have accomplished on a horse.

Zone One’s youth rep, Cody Dulin, asked the Zone board to consider adding these classes to the lineup last fall. Not only did the board agree, they found sponsors that were eager to help out.

There were six competitors with three coming from a local riding school, two showing up without a horse after hearing about the event, and one owning a Paint Horse. All riders walked away with a shirt, hat, ribbons, and a medal thanks to the generosity of the equine community in Zone One. Four lucky riders also received a buckle.

This program, and those like it, give challenged equestrians a place to show off what they have learned, not only on a horse, but perhaps in a therapy room as well. Like all equestrians, these riders are excited to be at a show and hear their names announced over the loud speaker. Winning a ribbon or buckle is a testament to the hours of hard work they have put in. Remembering a pattern is a win, not only for the rider, but for a trainer, parents, and the village that tends to stand on the sidelines when these exhibitors compete in an event.

Zone One has set an example by adding these classes and is excited to watch as the program grows. They challenge the rest of the show community to do the same.