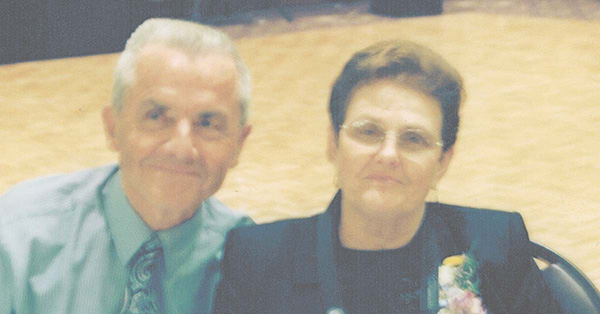 A lifelong equestrienne, Wanda was active in 4-H, saddle club and national horse associations, including APHA, and she owned B&W Quarterhorse and Paint. Elected to serve as president and vice president of the Kansas Paint Horse Association, Wanda also served as an APHA national director or alternate for 25 years. She was also active as an APHA committee member, and worked on various APHA advisory committees from 1988–2012, including Show & Contest, Rules, Breed Improvement (serving as vice-chairman) and Registration. Wanda and Bill also owned and operated grocery stores in Abilene since 1967. 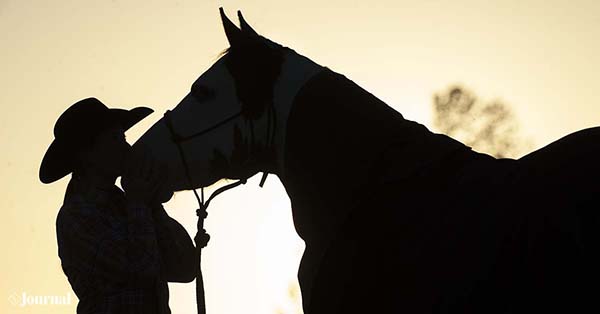 Sandy owned 21 Paint Horses during her lifetime and bred 15 Paints. Several mounts—including the successful show horses:
– Robins Expression, earner of 584 points and an APHA world championship in Youth Western Pleasure
– Sheza Pepper, earner of 85 Amateur points with Sandy, along with 160 Open points and an APHA Champion title
– Too Sexy Formyspot, a multiple world and reserve world champion and earner of more than 1,850 APHA points 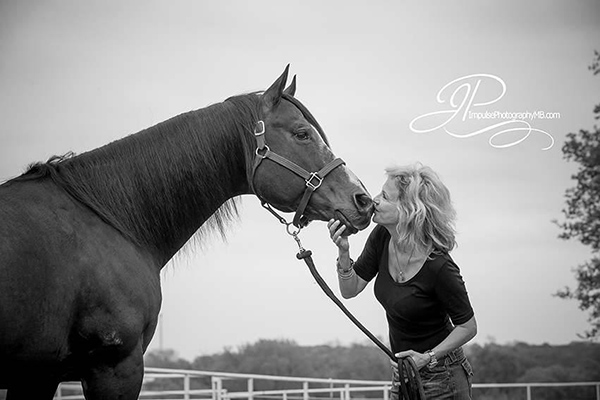 But more than the points, trophies, titles, and accolades, Blaze was a beloved member of the Schroeder family. Joan Schroeder shared the following tribute to her beautiful, Blaze.

May 1, 2019 Comments Off on Sincerest Condolences Following Passing of AQHA/APHA Breeder, Kenny Mills 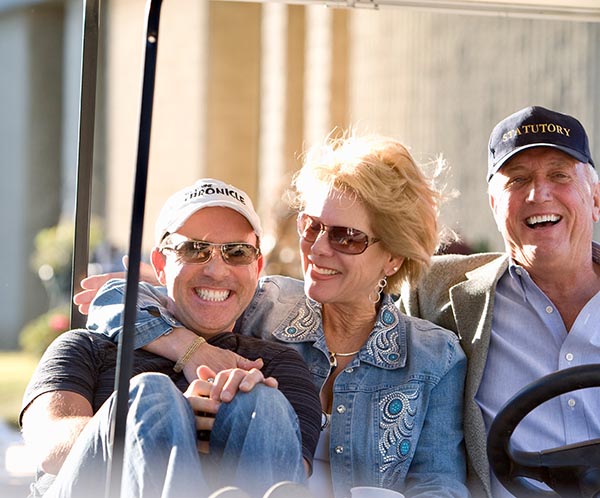 In addition to founding several businesses over the years, like Mills Motors, Mills Towing, Mills Rental Cars, and more, he enjoyed drag racing. But, one of his passions was breeding American Quarter Horses and American Paint Horses. He did so for over 20 years, producing numerous World Champions. He loved competing in Halter and enjoyed trail riding during his later years. 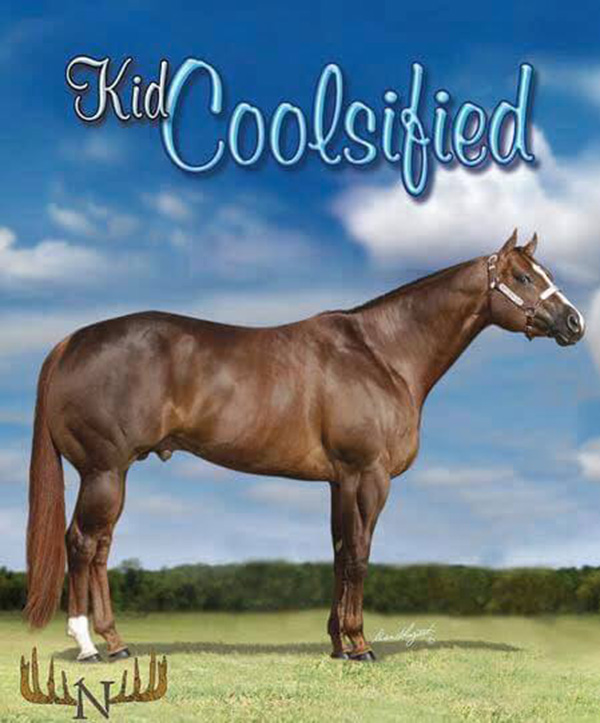 “Unfortunately, we can’t have these horses forever. We wish we could though. I’m just thankful that he went fast and didn’t suffer. That’s always my first thought. For a Halter horse to have such a long lifespan, to me, is extraordinary. He was in great health until the very end and was never sick when he lived at our ranch. He was a sweetheart.” 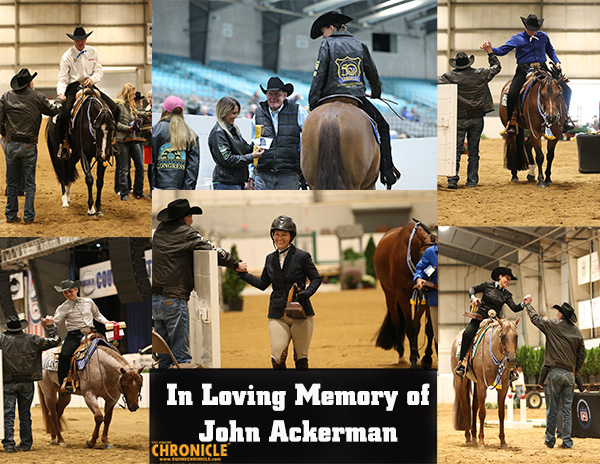 The majority of our photos from the Congress have John in them, because he was always ready with a high five or a handshake for exhibitors- whether they were champions or finalists.

April 18, 2019 Comments Off on APHA Amateur, Tracy Rodeback, Has Passed 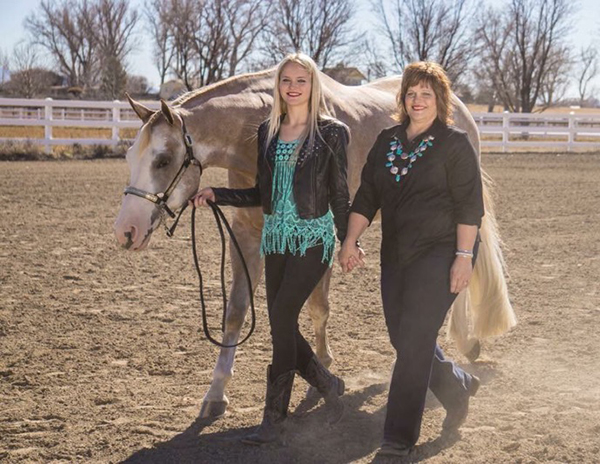 Many of our readers will remember a special story about Tracy that was reported by EquineChronicle.com in 2017, during the APHA World Championship Show. A number of Tracy’s friends and fellow competitors showed their support for her then stage 4 cancer diagnosis by placing a hand over their hearts during the awards presentations at the show. Their display of love was seen by Tracy, who was back at home in Colorado watching classes on the live feed. 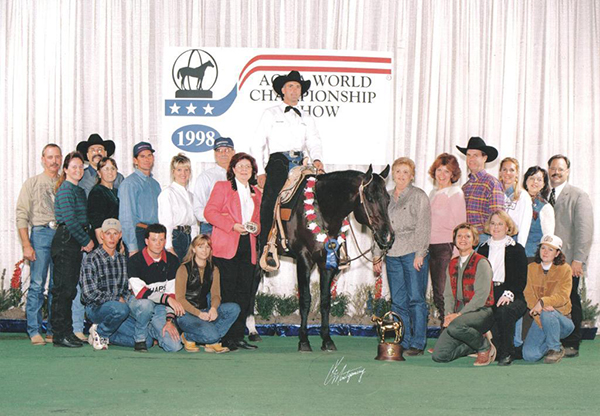 Most studs have preferences, and Radical was no exception. He always liked to have a mare nearby him in the barn, and he favored sorrel mares. His favorite at Select Breeders was Tumbleweed, a long retired mare that was probably more than 30 years old herself. She was happy to have “the good life” in a stall near Radical to keep him content.

In Loving Memory of AQHA/APHA Stallion, Double Up Investment

April 1, 2019 Comments Off on In Loving Memory of AQHA/APHA Stallion, Double Up Investment 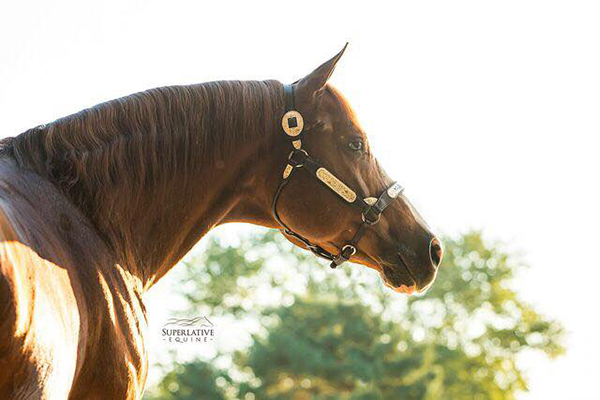 “I first saw Simon when he lived at Highpoint Performance Horses, and I knew there was something special about him then. I knew I wanted foals by him. Never did I know that I would one day have the opportunity to own him.”

April 1, 2019 Comments Off on Longtime Horseman, Doug Coleman, Has Passed 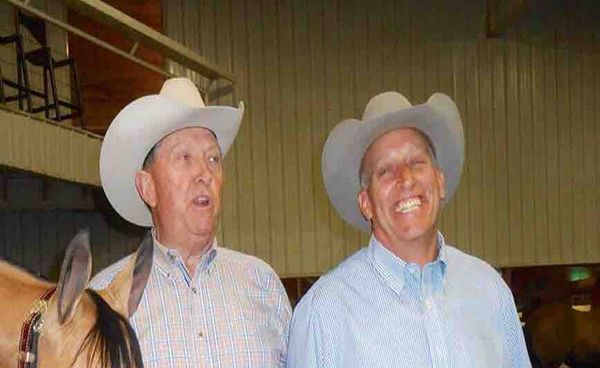 “The world is a little less bright without the smile and love of Doug Coleman in it. Doug left us this morning but will forever be in our hearts. Please keep his family in your thoughts and prayers.
We feel broken and shattered but so grateful and blessed for our time with him and the love he shared with everyone. He was a great husband, dad, grandpa, cousin, brother, uncle, nephew, son, friend, farrier, horseman and trainer. Our lives are better because of him!”