Around The Ring Photos and Results From 2013 WSQHA Trophy Circuit

All photos courtesy of Linsey O’Donnell

In addition to offering exhibitors AQHA and NSBA-approved classes under six judges, the 2013 WSQHA Trophy Circuit was a 2013 Novice Championship Qualifying show, provided the opportunity for “double” WSQHA year-end points, and had Mountain States approval. The show took place May 24-27 against the beautiful, forest backdrop of the Evergreen State Fairgrounds in Monroe, Washington.

Making the trip to the Northwest to judge the show on Friday and Saturday were Tina Anderson, Bonnie Jo Clay, and Patty Campbell. Judges, Carla Wennberg, Tracy Willis, and Jon Barry, officiated on Sunday and Monday.

Always a show known for its popular “extra-curricular activities,” the Trophy Circuit certainly didn’t disappoint this year. During the show on Friday, the Clotheshorse Connection sponsored a Caramel Apple Feed for competitors and a few lucky horses that were quick enough to sneak a bite. On Saturday, McCann Performance Horses sponsored a Jail & Bait Party and Youth Fundraiser, where attendees had to purchase a “stay out of jail” badge in order to enjoy the festivities. On Sunday night, a Fiesta Party was sponsored by Speciality Door and Genny Miller. The show’s Ride-A-Buck class was also a big hit with the winner taking home over $250 in cash.

Some of our readers might remember a story we wrote in January about the WSQHA’s J&J Benefit Schooling Show, a fundraising event for two club members battling breast cancer, Julie Newcombe and Jamie Soloman. During the event, over $12,000 was raised on behalf of the two horsewomen. Both of the ladies attended the Trophy Circuit over the weekend.

“As a follow-up on the J&J Schooling Show, we were so excited for Jamie Soloman to be showing her new mare, Forever The Best, aka ‘Millie,’” Linsey O’Donnell says. “Julie did not show, but stopped by for a visit. We are so excited that both girls are winning their fights against cancer.”

“Also, ‘Buckskin Betty,’ aka Only Invite The Best, made her return to the show pen following a tragic trailer accident six months ago. Betty ended up being circuit champion in Amateur Western Pleasure with Candice Hall and Amateur Performance Halter Mares with Cory Seebach.”

In addition to the real-life horses competing at the event, there was a trio of furry friends that could be seen making the rounds at the show. WSQHA’s new Quarter Horse mascots, Duke, Wilma, and Pierre, are part of a new community outreach initiative intended to promote literacy and horse education at grade level schools in the area. Stay tuned to EquineChronicle.com for an upcoming piece featuring these mascots, which will show how they are helping to spread the love of the American Quarter Horse across the Northwest.

Scroll below to view complete results and some fun around the ring images courtesy of Linsey O’Donnell.

Trophy Circuit All Around Winners:

Youth 13 & Under Reserve – In Zippos Image Too and Taytum Allen

Novice Amateur Reserve – I Got The Swing and Kristen Shaw 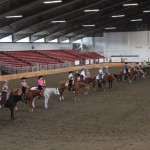 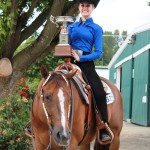 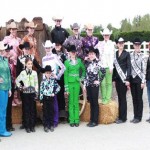 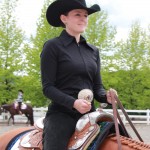 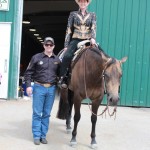 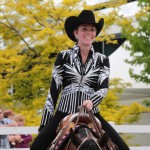 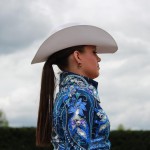 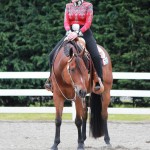 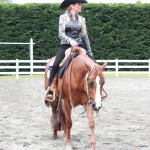