AQHA Past President, “The Marlboro Man,” Robert Norris, Has Passed 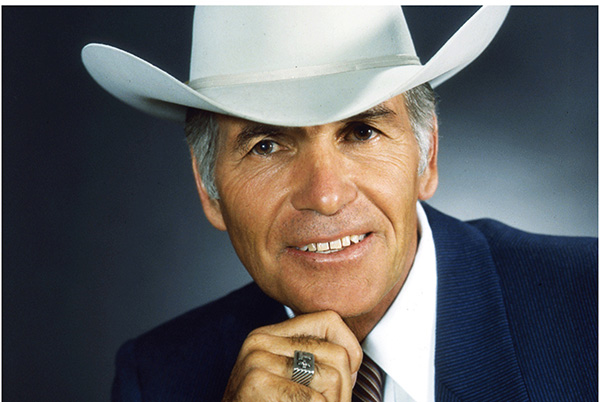 AQHA has learned of the death of AQHA Past President Robert Norris of Colorado Springs, Colorado. Norris, who was 90, died November 3. This obituary will be updated when funeral details become available.

He is survived by two daughters and two sons. His wife, Jane Norris, died in 2016.

Norris was the founder of the AQHA Ranching Heritage Breeder T-Cross Ranch.

He was known as the Marlboro Man for 13 years and later played the important role of an AQHA president.

Norris became an AQHA director in 1966 and served on both the youth activities and Hall of Fame committees. He became a member of the AQHA Executive Committee in 1978. He also had an interest in the National Western Heritage & Cowboy Hall of Fame in Oklahoma City, where he served as president of the trustees and vice president of the board of directors.

In 1982, Norris became AQHA president. During his term, much of his time was spent on matters related to planning for the new headquarters building in Amarillo, which had been approved the previous year. By summer, the architect had preliminary plans ready, along with a revised cost of $4,918,000. Final drawings and specifications were to be ready in December, with contracts to be let in January 1983. On February 28, 1983, Norris and the executive committee members, along with Ronnie Blackwell and Amarillo’s mayor, Rick Klein, broke ground for the new building.

Norris grew up on his family’s farm in St. Charles, Illinois. After studying animal husbandry at the University of Kentucky, he became the farm manager of the family business. One day several years later, after inhaling shovelfuls of corn dust and standing knee-deep in the water of the corn grinder, Norris decided that farmer’s duds just were not the right fit for him anymore. He and his wife, Jane, took off for the West.

They originally bought a small ranch at Fort Collins, Colorado, but expanded to a bigger spread near Guffey, Colorado, not too long after. While Norris was at Guffey, commercial photographers visited the ranch to shoot some cowboy photos for a Marlboro cigarette ad campaign. They took about 2,000 pictures that day, and a few months later, Norris found himself on the back cover of Life magazine.

He did not look any different that day than he did the day before or the day after. The cowboy clothes he had donned after moving out West fit his personality like the corner pieces of a puzzle; suddenly his whole life had a frame.

Norris was inducted into the American Quarter Horse Hall of Fame in 1996.