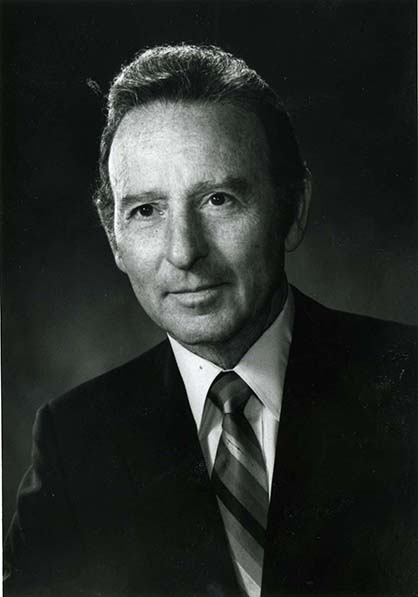 AQHA Past President Howard Weiss, a member of the American Quarter Horse Hall of Fame, passed away December 4, 2021.

Weiss became involved with Quarter Horses through his daughters, who were active in showing. He and his wife, Phyllis, were active as owners and breeders. Phyllis passed away earlier this year.

“Howard Weiss represented the new face of the Association – of folks who had been attracted to Quarter Horses in the pursuit of wholesome, family-oriented activity,” wrote Don Hedgpeth in “They Rode Good Horses.”

Weiss became an AQHA Director in 1970.  He chaired the Association’s judges committee and was a member of the youth activities and AJQHA scholarship committees. He became 37th AQHA president in 1986.

Weiss’s term as AQHA president brought an end to the turbulent debate over the proposed separate racing association.  A racing council was elected to make recommendations to the AQHA Executive Committee regarding the future of Quarter Horse racing.  Also while Weiss was in office, plans were finalized for the television series called “America’s Horse,” which highlighted Quarter Horse events around the country.

Weiss served the horse industry in other ways as well.  He served as president for the Pacific Coast Quarter Horse and Valley Quarter Horse associations.  Weiss was a member of the U. C. Davis equine research committee and the California Department of Agriculture Horse Drug Committee.

Weiss was inducted into the American Quarter Horse Hall of Fame in 1997.