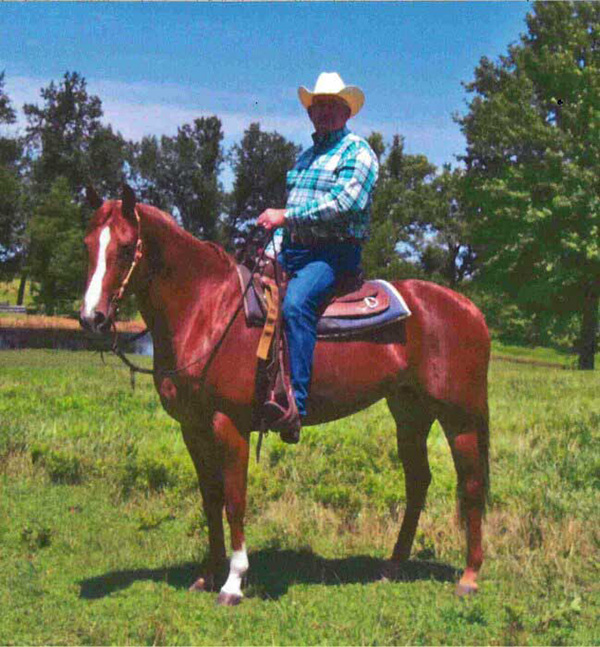 Homer R. Stude, born on March 9, 1940, passed away on July 1, at the age of 80 at the Jonesburg Nursing and Rehabilitation Center in Jonesburg, Missouri. He was the beloved husband of “Cookie,” who cared for him for more than 10 years during his time of illness.

Homer was born in St. Louis, the only child of Edward and Mildred Murphy Stude. In later years, he moved to Bland, Missouri, raising swine. During this time, at only 12 years old, he succeeded in loading several head of pigs for market. In addition, he worked in his dad’s grape field and began riding horses in the “big” horse shows in Bland, Missouri. Homer was very active in sports throughout school where he met his best friend, Bill Krause. They seemed to get into a lot of mischief, but Mom always got them out of it!

Homer attended Southwest College with the intention of becoming a veterinarian, but after one year, decided to pursue other interests. After college, he joined the U.S. Army where he served two years and immediately following served in the Army National Guard for six years. After discharge from the U.S. Army, Homer and Cookie Cook (his high school sweetheart) began making wedding plans. Their wedding plans were made through the mail.

Homer pitched hay to save money to pay for their first home, a mobile home. It took a lot of hay to make payments!

Finally, the opportunity arrived to go to St. Louis and work in construction. The move was made and the construction company gave Homer the opportunity to purchase as a partner, thus becoming Banta & Stude Construction. Also, during this time, he was still going to school at Linn Tech. He and his buddy carried concrete forms during the day and drove to Linn Tech for night school. Homer graduated from Linn Tech in the first graduating class, earning a diploma in designer drafting.

Homer was a life member of the American Quarter Horse Association, and served as a director-at-large, as well as serving on the recreational riding committee. Homer was also chairman of the AQHA Youth Activities Committee. Homer was the well-deserving recipient of the 2011 Merle Wood Humanitarian award for his work with youth and horses. Homer and Cookie were always tremendous supporters and promoters of AQHA youth. Cookie used to manage the awards at the Youth World, wrangling awards and kids in the process.

He is survived by his wife, Cookie Cook Stude of Wright City, Missouri; his son, Michael A. (Aimey) Stude of Wright City, MO; his daughter, Lesa E. (Paul) Corzine of Watseka, IL; two grandchildren, Dalton (girlfriend Daelyn) and Caitlin. Homer was preceded in death by his father, Edward Stude, and mother, Mildred A. Murphy Stude.

Homer’s opinion was of value to many.  His love of horses was infectious and brought him great joy throughout his life.  He will be dearly missed by his family and friends.