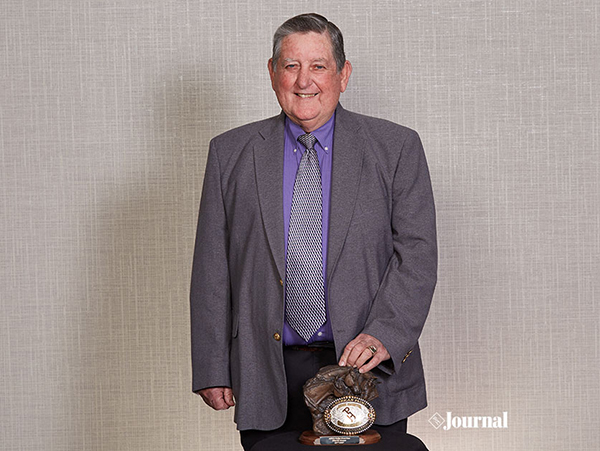 Born and raised in Louisiana, Charlie graduated from Northwestern State University; to help pay for college, Charlie spent time breaking horses for local ranches. A teacher of mathematics for 38 years, Charlie’s passion for horses continued and he soon opened his own horse training business as well.

He and wife Cathy married in 1989, and both enjoyed showing and breeding halter horses, as well as producing Paint events like the annual Margarita Classic show. The Sassers have bred, trained and shown a number of world champions; some of their notable personally owned horses included world champion Shez Awesome N Style, reserve national champion Hotline To Heaven and APHA Champion Scotch Wiskey. They bred 44 registered Paints, many of which were sired by their 1999 sorrel overo stallion Awesome Mr Conclusion.

Charlie has been active in APHA for more than 40 years; he became an APHA judge in 1977 and first served on the Breed Improvement Committee in 1979. An APHA state director since 2005, Charlie has since served on a number of APHA committees, including General Show & Contest, Professional Horseman, Regional Club and Long Range Planning. He retired from judging in 2017, and Charlie was honored as a judge emeritus at the 2018 APHA Convention.

APHA sends its condolences to Charlie’s family and friends.