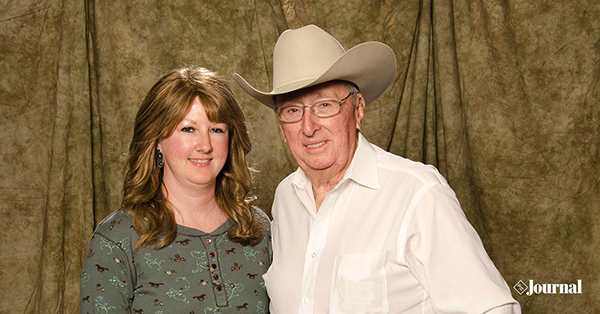 As a teenager, Ray Graves decided he wanted to be a cowboy, and he never looked back. Though he first roped aboard Quarter Horses, it wasn’t long before Ray bought his first Paint Horse, a mare named Waheni for his wife, Delois. The duo found quick success, and Ray purchased his first stallion, Sky Top Bar, in 1968.

A longtime APHA member and state director, Ray was well known for his Paint racing achievements. Founder of the Paint Stallion Breeders Association, Ray served on the Racing Committee from 1968 through the mid-2010s, and he was an Executive Committee member in 1979. With a training record of 144 wins, 129 seconds and 114 thirds, Ray ranks eighth on APHA’s Lifetime Leading Trainers list by races won and 32nd by money earned; horses he’s trained include World Champion Running Horse Fair Look, Sky Top Bar and Last Date. Ray has also bred more than 100 Paints, including World Champion Running Horse Sky Jet and Champion titleholders Fever and Unchained. In 2011, Ray received the Paul Harber Racing Distinguished Service award. He was inducted into the APHA Hall of Fame in 2014.

“Ray will be missed, and we thank him for his dedication and love for the American Paint Horse and Paint racing,” Director of Racing Karen Utecht said.