A Day in the Sun at Sudden Impulse NSBA Futurity 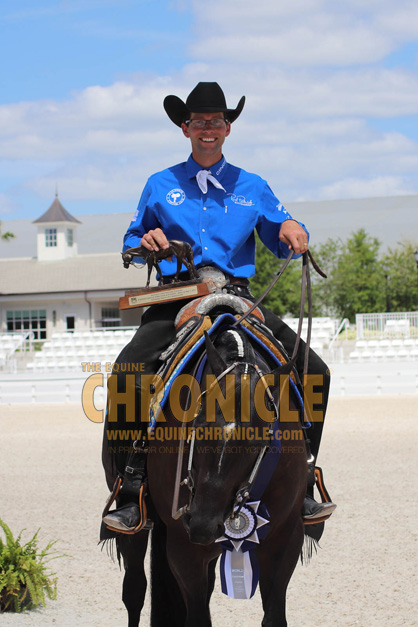 At the Sudden Impulse Show and Futurity, classes typically take place indoors until lunchtime, when competition moves to the Grand Arena, which sits directly in front of the spectacular hotel and is surrounded by dining options. The setting offers magnificent views of the arena from extensive covered seating areas.

Of all the enticing horses in the Maturity Open Western Pleasure, Moonrageous and Aaron Moses stole the show, and earned a check for $1,380.60. “Spider just shows so well. I wanted to get him off the rail a little bit and show him off. He just goes wherever he needs to go,” said Moses. “He’s the most stress-free horse that I show. He might not be perfect all of the time, but I know he will do his job in the ring.” 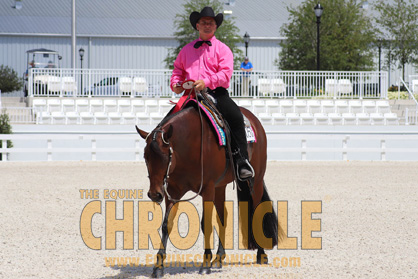 Cole Baker and Line Up Behind came in second place in the class, while Jay Starnes took third with The Lopin Illusion. Cole Baker and Line Up Behind also took home the biggest check of the class, for $3,735, which they earned by winning the Super Sires Maturity that ran simultaneously with the Maturity Open Western Pleasure. “He’s just been so consistent. He’s so much fun to show,” said Cole while talking about the beloved VS Flatline gelding.

“I was nervous about showing in the Open class, but it worked out. I loved being able to show in this big pen here at the World Equestrian Center, because you could really stretch out and show your horse off,” said Bell. 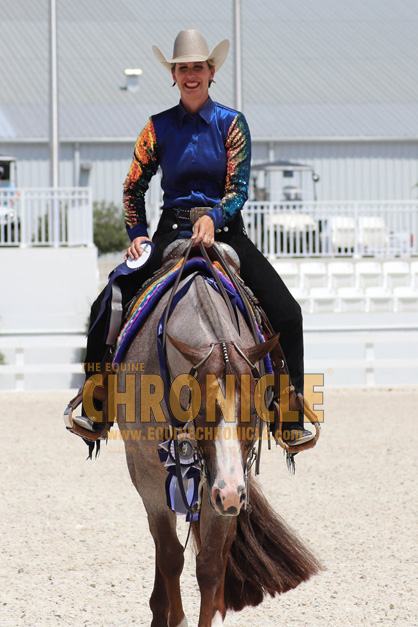 Switching gears, the Three-Year-Old Non-Pro Hunter Under Saddle trotted into the ring looking much different than the previous competitors on slow-legged, Western Pleasure horses. There was a tie for first place between Laura Bracken on Hez Best Dressed and Tali Terlizzi on Its Game On. The two split the first and second place prize money, each riding away with $998. Erin Boatwright took third on All The Good Things.

Terlizzi found success again in the Maturity Open Hunter Under Saddle, this time riding Al Be Bleu. He was caught off guard by the wind and cheering from the large crowd when they were announced as the winner team, so the pair exited the arena quickly. Terelzzi was trying to figure out why he had spooked at the noise when she realized he didn’t have his earplugs in. Brushing it off, she said, “Well, it worked!” and continued to praise her talented horse.

Stay tuned for more coming from the final day of the horse show, here on EquineChronicle.com. 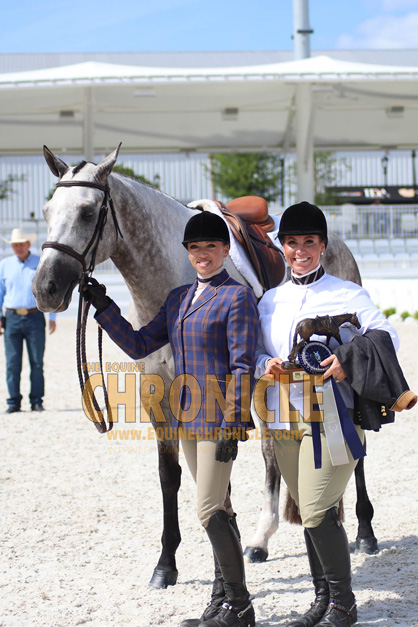