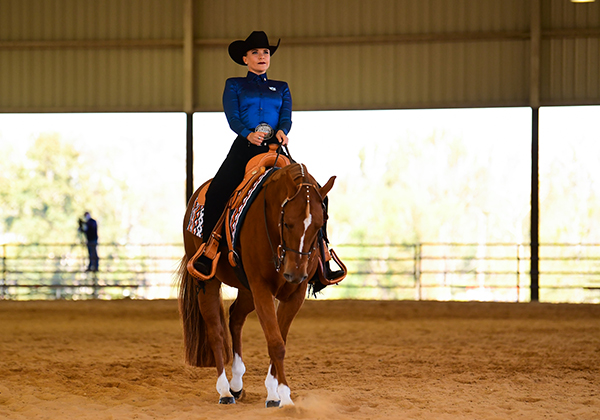 Taylor Searles and Deanna Green will be familiar names for most of our readers as the two ladies have displayed excellence throughout the youth and now amateur division of AQHA competition for most of their lives. They have extended that dominance to the National Collegiate Equestrian Association arena as well, competing for the Western Team of Auburn Equestrian. Recently, both girls broke the record for the most career wins in program history at Auburn University, where they are both seniors this year.

Taylor and Deanna entered the 2021 SEC Championship tied for second in the number of career wins at 40 apiece. After they both scored wins during the semifinals meet against South Carolina, they tied the record of Lauren Diaz with 41. The next day, they both helped Auburn win its third straight SEC title and broke the record with another win each, totaling 42.

We spoke to both ladies to find out more about this historic achievement, which is made even better by the fact that they are the best of friends.

“We were super excited to go into SECs this year with the group of girls we had,” Taylor says. “Preparing for it, we knew we were ready, and the whole team was super focused on the goal of winning rides. Everyone rode really well, and the team had our backs the whole way. It was a little different than in years past with the fans, due to COVID restrictions, but you could definitely tell that the Auburn parents were there, because they’re so loud and supportive.”

“I knew Deanna and I were close to breaking the record, but I refused to look. Lauren Diaz (the holder of the previous record) actually texted me after the last regular season meet and asked me to let her know when we were about to break it so she could be there. I told her I had no idea, because I was scared to look. After the semi finals at SECs, Kendra, the team media manager, came up to me and told me congratulations on tying the record. I laughed and said, ‘Don’t tell me that! Now I’m nervous!’ I tried to block it out of my head and just ride the ride the next day; because, at the end of the day, it was more important for me to get the point for my team than to break a record.”

Deanna feels similarly in that her sole focus for the SEC was to perform well for her team. “Coming into this season, I knew Taylor and I were close to the record but never really thought about it much further than that,” Deanna says. “I wanted to focus on getting better and performing well at all of our competitions. My record breaking performance was on a very tough draw, and I knew I had to stay super soft and calm. I was very happy with how I got through the pattern, because I wanted to win my point for my teammates.”

Their accomplishment was a record-breaking one, and the timing couldn’t have been more perfect. Both ladies are seniors and will head their separate ways upon graduation, but not before they compete one more time together in the National Championship next week.

“I knew coming out of freshmen year that one of us was going to have a chance to break the record, then held by Griffin Knight,” Taylor says. “But I never thought that we would both break it on the same day and the same day that our team won the SEC Championship. Looking back on it, it really shows that everything happens for a reason. Now that I think about it, I’m not surprised, because Deanna and I literally do everything together. As best friends, roommates, and teammates, it only makes sense.”

“Looking back over the past four years is crazy,” Taylor says. “We’re so lucky to be surrounding by people who are as driven as we are and love to win as much as we do. It makes it easy to push each other and get better every day. During our freshman year, we won a National Championship. During our sophomore year, we went undefeated and won the SEC and National Championship. Last year, we went undefeated in the regular reason; but, due to COVID, we were unable to compete in the post season. We were named SEC champs that year as well. This year, we finished an undefeated regular season, won the SEC, making it 42 wins in a row for the team, and are looking forward to bringing home the National Championship again next week.” 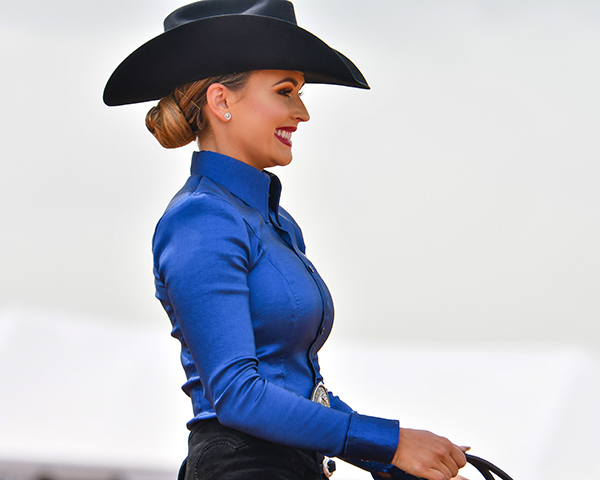 Deanna agrees that the past four years have been nothing short of unbelievable. She highlights some of her most memorable moments as the time spent behind the scenes, bonding with her Auburn sisters. “These past four years have been the best four years of my life,” Deanna says. “The biggest highlights to me aren’t necessarily the obvious success of our team that everyone sees, but the success I see in each and every one of us in practice and in life every single day. Being able to ride alongside, not only my sisters, but the most talented and driven riders in the country, is something most girls don’t get to experience. I feel so blessed to have had the opportunity to be a part of this program. These girls teach me something every day, both in and out of the arena. I have grown as a rider as well as a person here, and that’s more than I could’ve ever asked coming into this journey.”

Similarly, Taylor feels that being part of Auburn Equestrian has taught her lifelong skills, such as hard work and being part of something bigger than yourself.

“We’ve both worked hard in this industry to get to where we are, but there is something different about being a student-athlete,” Taylor says. “It has also taught me to ride for something other than myself. Riding on a collegiate team gives you so many opportunities and life lessons that you really can’t get from anything else. I’m so grateful for this opportunity, and I wouldn’t have wanted to be on any other team other than Auburn. The best moments of my career would probably be winning NCEA Rider of the Year in 2019 and the feeling of winning the National Championship in 2018 and 2019 and being able celebrate with my team in that moment. I wouldn’t say any moment of my career was the worst, because every mistake has made me who I am today, but the hardest part would probably be the transition to riding school horses. I’m grateful for every horse I have swung my leg over during my college career, because they’ve all taught me a lesson and helped me be a better rider on my own horses.”

“This was surreal,” Deanna says. “Taylor and I have done so many things together and have achieved our biggest goals side by side. To break the record on the same day and win the SEC championship on that same day was something I don’t think either of us had imagined.” 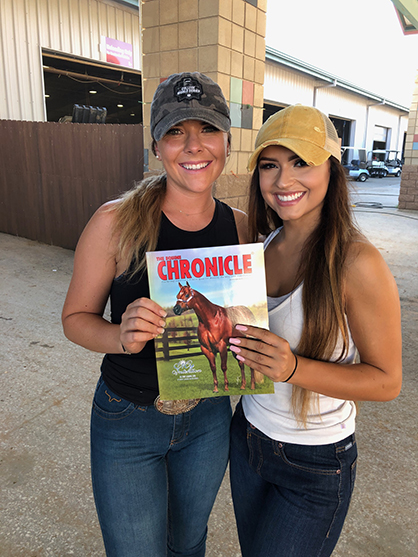 “This format has taught me how to show in imperfect circumstances, when you never know what horse you’re going to draw. I had to learn to adapt to each horse and, most often, abort the plan I went into the meet with. A lot of it is just winging it in the moment and being okay with things not being perfect. I think those were really good things for me to learn.”

After the National Championship meet, Taylor will be returning to Auburn in the fall to finish her masters degree. She will be staying an extra year since the NCAA gave athletes an extra year of eligibility. She will compete on the team for one more year in 2022. “I will be interning over the summer, so I’m not sure how much work will allow me to show, but I plan on going to any show I can,” Taylor says. “I haven’t shown since the 2019 AQHA World Show, and I miss it so much.”

On the other hand, the National Championship will be Deanna’s last meet as a Tiger as she plans to continue her education in an online format. This summer, she hopes to get back in the show pen with her all-around horse, Beez In The Trap, and her Western Pleasure horse, Ima Golden Machine. She would like to thank their coach, Mary Meneely, for all of the hard work she has put into developing the team into the powerhouse it is today.

“I would like to thank Coach Mary Meenely for all of the hard work she has put into Taylor and I during the four years we have been in Auburn,” Deanna says. “Without Coach Meenely, I would not be the rider or person that I am today. She believed in me from day one and saw things in me that I never saw in myself. She pushed us to be the best, and for that I am forever grateful to her.”

Meanwhile, Taylor is simply grateful that she was able to experience this moment with her best friend. “I couldn’t have done this without Deanna, and it’s an honor to hold this title with her,” Taylor says. “She’s so talented on a horse, is the greatest friend anyone could have, and is someone who will always be in your corner. I have no idea what I will do without Deanna by my side 24/7 next year, but luckily she’s just a phone call away, and Tennessee isn’t that far of a drive.”

Congratulations to both ladies on this exciting accomplishment and best of luck as they begin the next chapter of their lives.