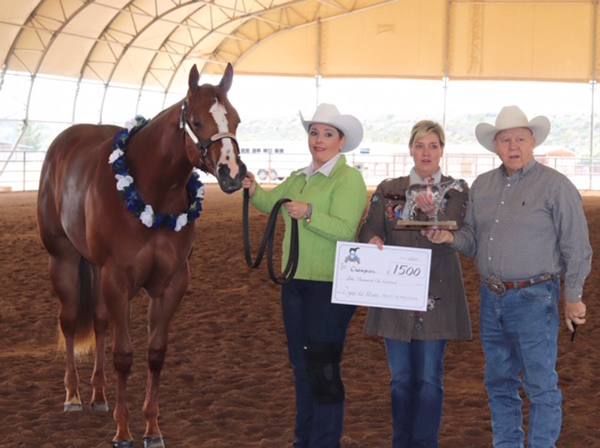 Wanna Talk About Me. All photos courtesy of Kathy Miller-Rauch.

Halter horse exhibitors rang in the new year with The Best In The West Futurity held on January 1st, 2020 at WestWorld in Scottsdale, Arizona.

As the final leg in the WCHA Race For the Trailer, this futurity had $25,000 in added money in three yearling futurities with $5,000 guaranteed to each non-pro yearling class champion.

Cara McMillian-Gibson and Rose A All Day were the Non Pro Yearling Mares Champion and Champion of Champions Yearling. This filly was sired by Kid Coolsified and is owned by Carolyn Stewart. They won $5,000. Nancy Dyer led Bubblee, by Ententions, to the second place spot in Non Pro Yearling Mares. Third was Victoria Hoyt with Queen Of Cool, by Cool Addiction. These were also the results of the Open Yearling Mares class. 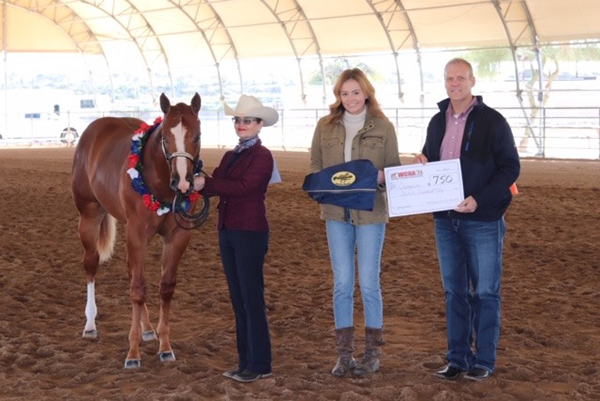 The Non Pro Yearling Colts and Geldings Champion was Cindy Polley with CNC Brazen, by Ententions. They were named the champions and presented with $5,000. Reserve was Nancy Dyer with Cool Ententions, by Ententions. Third was Callie Hernandez with Solid Execution, by Execute.

Cara McMillian-Gibson led Wanna Talk About Me to win 2-Year-Old Mares and Champion of Champions 2-Year-Old. This mare was sired by Suchan Ego and is owned by Carolyn Stewart. They received $2,000 for their win. Second place was JT Mitchell with Shez Stylistic Too for Annette Schobel. Third was Nancy Dyer with Shez Got Ya Looking. 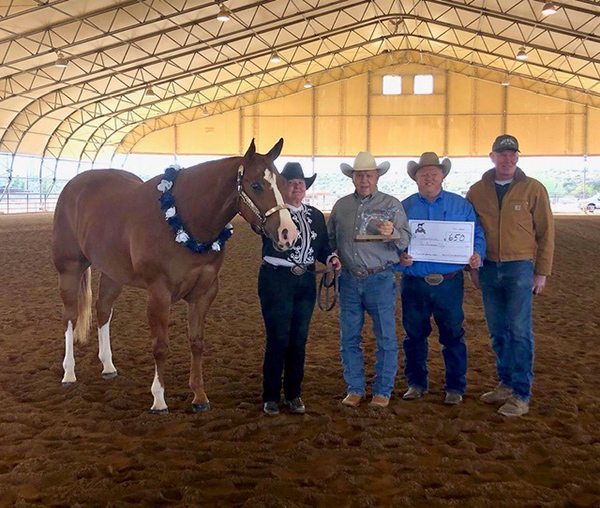 Jan Mannion led Skippafied to win 2-Year-Old Stallions for Dan Mannion. This stallion is by Kid Coolsified. He won $800 for his efforts.

Exx, by Execute, was shown by Caroline Ellis to win 3-Year-Old Geldings/Mares combined. This gelding won $650 for the win. Second place was Kathy Rauch with Squires Booty Shake, by Skips Famous Squire. 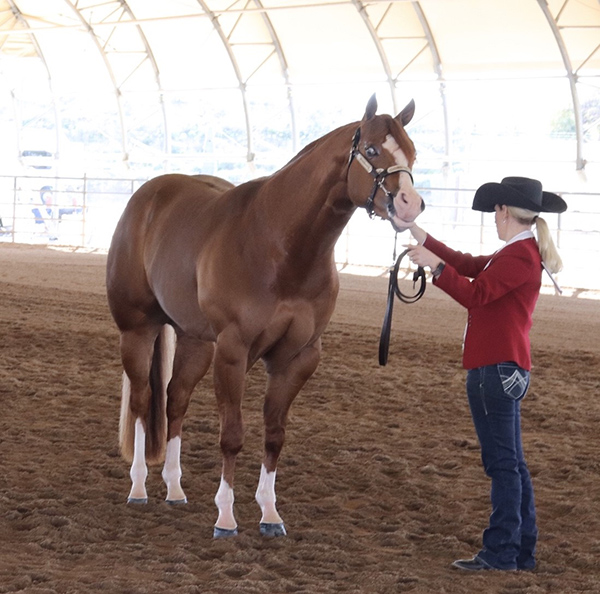 My McConaghey was led by Erin Henderson to win 3-Year-Old Stallions. The stallion is by Cool Addiction and won $350 for owner, Matt Henderson. He was also the Champion of Champions 3-Year-Old.

The winner of Open Yearling Colts/Geldings was Nancy Dyer with Cool Ententions. They won $750. Second was Diane Pilant with Intend To Be Picked, by My Intention. Third was Cara McMillian-Gibson with Stunned, by IM The Secret.

Scroll below for complete results. 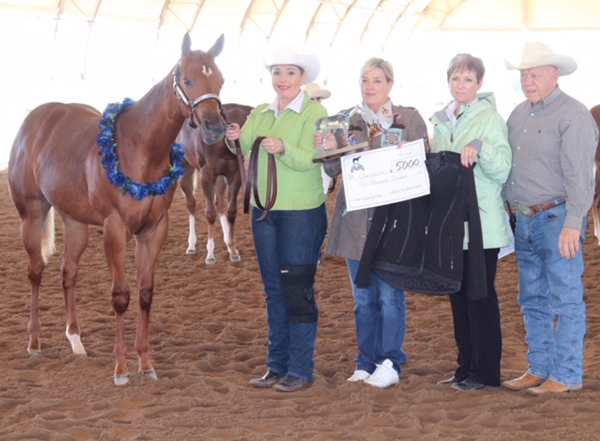 Rose A All Day 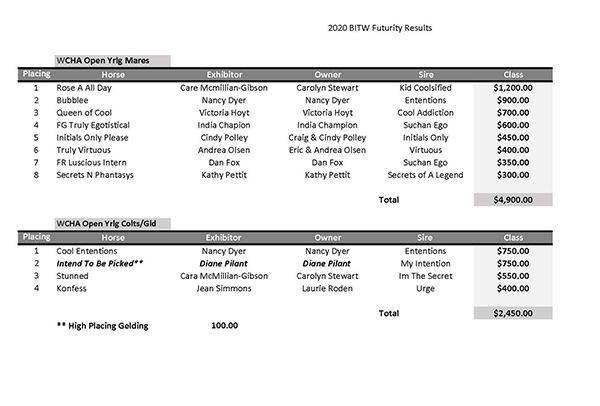 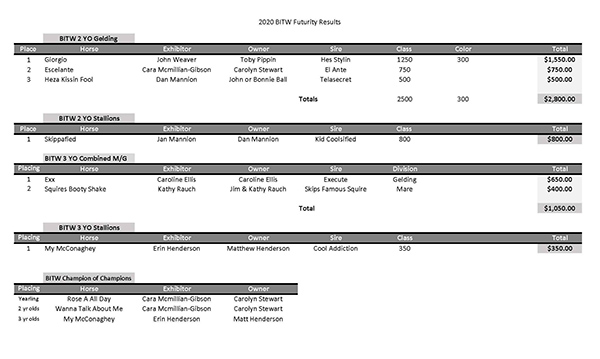 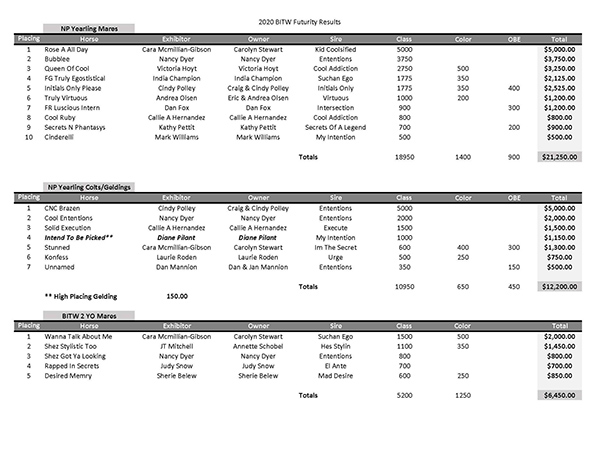